How Alcohol Companies Are Reckoning With Cannabis 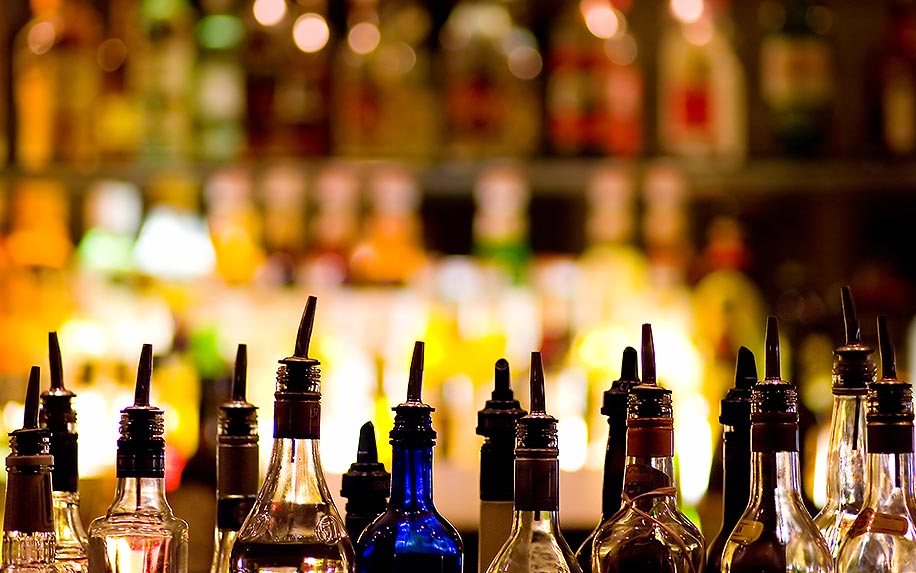 No one can quite agree what cannabis’ entry into the market will mean for the liquor, wine, and beer industries. Image Credit: By thanosquest on shutterstock.

As the projected $70 billion legal cannabis industry takes shape in the U.S., speculators are gazing into an uncertain future to predict its impact — and some of the most anxious observers are the leaders of the alcohol industry, who have long feasted on same discretionary spending pie at which cannabis is now nibbling away.

While dire predictions have been circulating since legal cannabis became a reality in the U.S., no one in the industry can quite agree what cannabis’ entry into the market will mean for the liquor, wine, and beer industries. And the data can back up whatever take one has on the situation.

A 2017 report out of Georgia State found that alcohol “purchases decreased by 15 percent in counties in states with medical marijuana laws,” and concluded that this effect will be amplified by completely legal cannabis.

In 2018, the Distilled Spirits Council looked at alcohol sales in the three states with the longest history of legal cannabis — Colorado, Washington, and Oregon — and rebuffed the 2017 findings, writing that “overall alcohol sales mirror national trends and there is no pattern of declining spirits sales in any of the markets analyzed.”

However, in 2019 a report by Toronto investment bank Altacorp Capital again sounded the alarm, positing that global alcohol and tobacco companies could face losses of $55 billion per year if a fully legal cannabis industry develops in North America.

As BDS Analytics’ vice president of consumer insights Jessica Lukas told The Drinks Business, “It can be very tempting to see cannabis and alcohol as a black and white issue, but the market is far more nuanced than that.”

What the Rise of Cannabis Use Could Mean to Wine, Beer, and Liquor Markets

From the viewpoint of the alcohol industry, it makes sense to look at cannabis as another entry in the adult recreational substances arena — and to steal its thunder whenever possible. As Chris Stenzel, president of Constellation Brands’ Wine & Spirits Division, told Beverage Media, “At Constellation, we talk about the three stool legs of the business: spirits, wine, and beer, and we believe cannabis will become the fourth leg to the stool.”

Constellation, the U.S. distributor of Corona, was the first major liquor company to invest in the legal cannabis industry with their 2017 purchase of a $4 billion stake in the world’s biggest cannabis firm, Canopy Growth. But all hasn’t gone according to plan. In August, the conglomerate announced a projected $54 million loss for the current quarter.

Molson Coors, AB InBev, and Heineken are three other big names to invest in cannabis. All have announced plans to develop cannabis-based adult beverages in jurisdictions where cannabis is legal.

Analysts predict that cannabis will have more of a market impact on larger alcohol brands than smaller, artisanal producers. Some, like “hemped whiskey” producer Ted Dunbauld, are reading panic in executives’ measured statements — and opportunity in the coming clash.

“My firm belief is that there is a collision course between alcoholic beverages and the cannabis world,” Dunbauld told Salon. “The large alcoholic beverage companies are deathly afraid of cannabis because of its potential to take market share.”

However, others believe that this impending collision might yield less of a bang and more of a whimper. Brock University business professor Michael Armstrong doesn’t believe that cannabis-infused drinks, as they stand, are much of a threat to the uniquely social experience of drinking alcohol.

“One of the issues is getting a beverage that has some of the characteristics that people are used to with alcohol,” Armstrong told Global News. “You start drinking something alcoholic, you start getting a buzz relatively quickly.”

All currently available drinkable THC products are fat-soluble, which makes for a delayed onset of 30 minutes on average. This changes the dynamic that is established around “drinking” to something more like “dosing” — and problems around drinking too much are multiplied with fat-soluble THC beverages.

However, Armstrong said, water-soluble THC beverages would be a game-changer. But while many beverage makers are currently trying to solve this problem, a solution seems far off at the present moment.