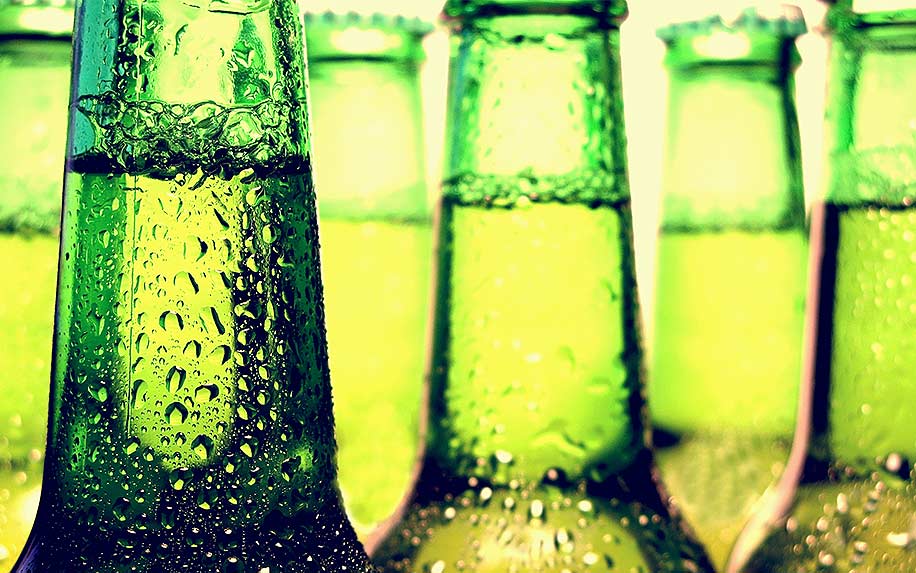 Sometimes when a new CBD product hits the market, the first question you ask is, “Who in their right mind would buy that?” But other times, the appeal is so obvious that you’re already reaching for your wallet before you hear the end of the sales pitch. For many people, CBD beer falls squarely in the second category.

Beer enthusiasts aren’t the only ones who are interested in these new cannabinoid-infused concoctions. Major brewers have been sniffing around the idea of CBD beers for a while, hoping to stake their claim to the $1.4 billion market value that food-and-beverage consultancy Zenith Global has projected for CBD beverages by 2023. But while beer industry heavyweights like Constellation (makers of beers like Corona and Modelo), AB InBev (Budweiser and Beck’s), and Molson Coors Brewing Co. (Miller and Coors) cautiously position themselves for the regulatory go-ahead, craft brewers in legal states like Oregon and Colorado have been getting a head start.

How CBD Beer Became a Thing

Back in 2016, Colorado brewery Dad & Dudes Breweria gained federal approval for its CBD brew from the Alcohol and Tobacco Tax and Trade Bureau (ATTTB), the direct regulatory authority for all beer produced in the U.S. These were the halcyon days of hemp leading up the 2018 Farm Bill, before the Food and Drug Administration (FDA) took a hard line against CBD in food and drinks and started pushing states to crack down on CBD edibles. Since then the ATTTB has followed the FDA’s lead, leaving Dad & Dudes with the first and only federal endorsement of a CBD-infused beer to this day.

That’s proven to be a highly valuable — and much-coveted — asset as the FDA struggles to figure out its next moves on CBD regulation. In 2019, Dad & Dudes sold out to San Diego-based Cannabiniers, a company currently leveraging its way toward strategic acquisitions (are your eyes glazing over yet?) that could bring its brewing capacity past the 500,000 barrels per year mark. Cannabiniers has already raised $25 million of its $100 million funding target, and plans on an IPO in the Canadian market at some future point.

But waiting for the FDA to get its act together isn’t the only option for breweries seeking to dip their beaks into CBD. In Oregon, craft brewer Coalition is carving out a smaller niche for itself thanks to authorization from the Oregon Liquor and Cannabis Commission. While Coalition is only allowed to sell its CBD-infused IPA within the state’s borders, it’s proven to be a success so far, with the company’s brewing capacity currently hovering around the 1,000-barrel-a-year mark.

Cannabis’ newfound popularity and legality have made alcohol companies nervous, and a growing number of them seem to have embraced the old adage, “If you can’t beat ‘em, join ‘em,” by offering infused beverages like CBD beer. But aside from knowing that these beverages contain “cannabis” — which could refer to anything from CBD to hemp seed oil to THC — most people are largely clueless about them.

With that in mind, here’s what you should know about CBD beers:

You Can Find CBD Beer Around the World (Kind Of)

The United States might be the epicenter of the CBD craze, but the United Kingdom is the capital of infused booze. Drinks that are banned in the U.S., like CBD rum, can be found more easily in the U.K., and CBD beers are no exception.

Why? In the U.K., government regulations are less of a roadblock for brewers — the hemp-extracted variety of CBD is completely legal to add to food or drinks, as long as it contains less than 0.2 percent THC.

Hop & Hemp was the first to market with a CBD-infused beer in the U.K., a larger and an IPA, both of which clock in at 8 mg of CBD and 0.5 percent ABV (alcohol by volume, i.e. “how strong the beer is”). Since then, other companies like Green Times Brewing and Cloud 9 Brewing have followed suit with beers of their own as well.

It’s well-known that CBD is expensive, and usually that’s reflected in the cost of infused items (just check out the price difference between CBD skin care and “normal” products). However, this trend isn’t quite as pronounced when it comes to CBD beer.

That’s still a good deal more expensive than your low-end domestic brews like Bud Light or Natty Ice, but in the elevated world of craft beers, it’s pretty much par for the course.

CBD Beer Won’t Get You High

It’s everyone’s first question about CBD-anything: “Is this going to get me stoned?” And the answer, as always, is no. The reason cannabis gets you high is because of its THC, which trigger your body’s CB1 receptors to produce the euphoric feeling that’s associated with the plant. The amount of THC in CBD beer is almost nonexistent, and CBD itself can’t trigger CB1 receptors, so there you go.

In response to everyone’s second question — do you actually feel the CBD? — Coalition’s general manager and part owner Phil Boyle told Oregon Live, “I can’t really tell you how it feels, but anecdotally speaking, a friend said it well, you know how you feel after three or four beers, now imagine having those three or four beers in a hot tub. A little relaxed.”

So CBD beer has that going for it, which is nice. And (potentially, depending on your point of view) even better …

While Coalition and pre-acquisition Dad & Dudes’ offerings stacked the deck with competitive alcohol content — both brands’ IPAs contained at least 6 percent ABV to go with their 5 mg of CBD — other brands are banking more on their brews’ CBD side.

James da Silva of Hop & Hemp touted the appeal of having a beer completely reliant on its CBD effects in an interview with The Drinks Business: “We love beer. Sometimes maybe a little too much. That’s why we made it our mission to create brews that have all the big flavors of the best craft beer that is suitable to drink throughout the day. With no sore head and no Sunday write off, this product is perfectly placed to provide a viable alternative to regular ABV beers.”

With studies showing that CBD users tend to drink less — and that interest in alcohol drops in places with legal cannabis — this could be a smart strategy for getting ahead of the recreational substances curve, not to mention winning fans among the hangover-prone.

Unless you’re in the U.K., Oregon, or Colorado, you probably won’t find bottles of CBD beer at your local liquor store (and realistically, your odds are slim even in those places). However, it’s not uncommon to see bars and restaurants around the U.S. offering to “enhance” your brew with a dash of CBD for a more-than-nominal fee.

As tempting as that offer is, you might want to turn it down.

Aside from the extra cost and the fact that CBD beverages have some major issues, it’s worth noting that CBD beer is technically illegal in most of the U.S. While some states like Oregon and California have created their own set of laws around CBD-infused foods and drinks, most states still defer to the FDA — which has made it clear that it considers such items illegal.

In all likelihood, there’s little reason for regular people to fret over this. Enforcement is lax to start with, and when it does happen at all it’s typically aimed at preventing businesses from selling infused products, not preventing people from using them.

Still, it’s worth keeping in mind before you order another round.