Everything to Know About Cannabis Whiskey 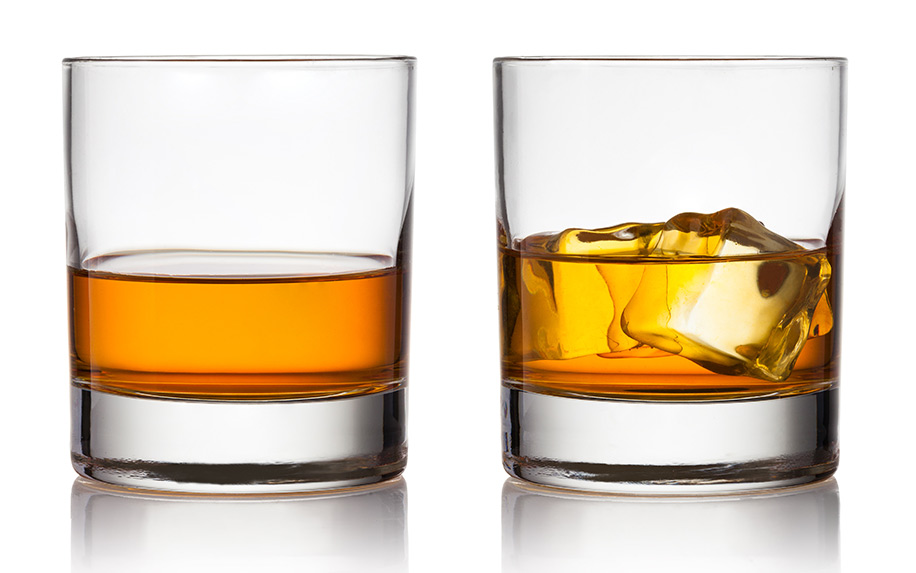 Cannabis connoisseurs have been compared to connoisseurs of spirits — and now with cannabis whiskey these two worlds are colliding.

Cannabis-infused spirits aren’t necessarily a new idea; in fact, alcohol purveyors have been trying to combine the two for decades. Today, they come in three main forms: those infused with hemp, CBD, or THC. But before you rush out to buy them, you should know that most cannabis-infused spirits still can’t be sold in bars and liquor stores.

THC-infused beverages are still strictly prohibited to be sold commercially, as THC, the psychoactive ingredient in cannabis, remains a controlled substance under federal law. As for adding hemp to wine, beer, and spirits, official guidance from the Alcohol and Tobacco Tax and Trade Bureau (TTB) since 2000 has been that using hemp in alcoholic beverages is “generally permissible” as long as the product contains no illicit substances. That policy was revisited in May 2019 in regards to CBD, as reported in the Canna Law Blog, and the TTB declared that it will continue to prohibit the sale of hemp CBD-infused alcoholic beverages, though some establishments have persisted in selling them anyway in violation of the law.

Where to Find Hemp Whiskey

Cannabis whiskey first hit the North American mainstream in 2017, when two distilleries — one in Canada, and the other in Colorado — created a media stir with the announcement of their new infused offerings. The names of the two products gave an interesting insight into the different demographics targeted by each brand: the Coloradan whiskey from Coal Creek Distillery was known as Colorado Small Batch 64 and touted by its creators as “no gimmick,” while the Canadian variety came with the eyebrow-raising moniker Mary Jane’s Primo Hemp Whiskey.

They’ve spawned a number of imitators since then, with most new varieties veering closer to the former than the latter. One notable example is the 1420 Distillery in Connecticut (which, interestingly, was one of two states that refused to ratify the 18th Amendment, better known as Prohibition, in 1919). The distillery’s co-owner, a former naval officer and Wall Street trader, is an archetype of the new squeaky-clean cannabis entrepreneur — as he told Connecticut Magazine, “I’m not a smoker of cannabis. I’m not a demonstrator trying to create social change. I view this as a business opportunity.” His business claims to be the only distillery in the world that infuses its whiskeys with hemp seeds.

For whiskey lovers who are looking for edgier infusions — hemp seeds contain no THC or CBD, or any other cannabinoids for that matter — the only options are: 1) getting a custom-mixed cocktail at a bar or restaurant, which are technically illegal in most states due to Food and Drug Administration (FDA) regulations, or 2) making your own infused whiskey at home.

Both of these options come with some significant issues. For one, the CBD- or THC-infused whiskey cocktails you get in a bar may not have much of an effect on anything but your wallet (they tend to be more expensive than traditional cocktails, as one might expect). This is because the cannabis oil used to create these cocktails is often difficult for the body to absorb. On the other hand, a THC-infused cocktail that can be processed has the potential to be far more potent than expected, especially for a cannabis novice. The resulting level of intoxication, known colloquially as ‘crossfading,’ can be intensely unpleasant — and dangerous, particularly if you’re behind the wheel.

But what about making your own CBD- or THC-infused whiskey? Here, the biggest challenge is the level of expertise necessary. Most infused recipes call for decarboxylated cannabis flower, which involves carefully heating the plant material to a temperature of 240 degrees Fahrenheit until the THCA that is naturally produced by raw cannabis is converted into THC. Excessive heat or “cooking time” can ruin the plant’s delicate chemical compounds, and even if all goes well, using the wrong strain can yield an unappetizing result.