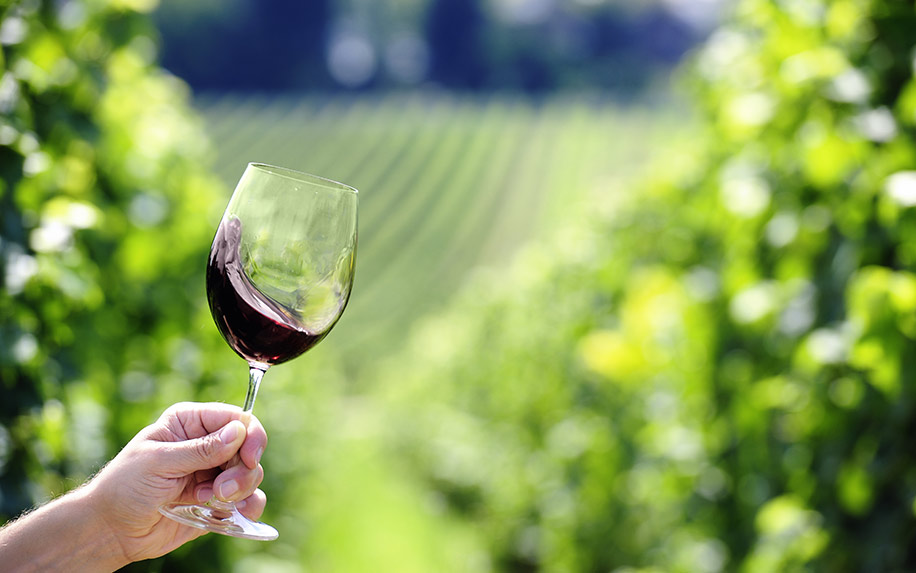 Some winemakers believe the smell of cannabis is ruining their product. Image Credit: By Silberkorn on shutterstock.

Americans really love their wine — in 2018, we drank over 966 million gallons of it, according to the Wine Institute. But with cannabis now more popular than ever before, some vintners are worried about being eclipsed by the green rush, and they’re starting to get litigious about it.

Feuds between wine and cannabis growers have been brewing (or fermenting, if you will) for some time now, especially in areas like Napa Valley that have long been known for their Merlots, Malbecs, and Cabernet Sauvignons. And while it might be tempting to dismiss this as a confrontation between stuffy old snobs and bold, trendy innovators, it’s getting harder to ignore the fact that cannabis is changing the world of wine.

According to some vintners, it’s even changing wine itself. Momtazi Vineyard, an Oregon-based operation founded by Iranian immigrants that says it uses an “ultra-organic way of farming” to grow its range of Pinot Noirs and other wines, is in the midst of a major lawsuit against a neighboring cannabis farm. As reported by the Associated Press, the vineyard is suing because the “notoriously pungent stench” of cannabis cost them a six-ton order of grapes from a longtime customer, who was worried that the smell would contaminate their wine.

It’s a controversial accusation — for reasons that will be explained shortly — but a federal judge recently ruled that it was valid enough for the lawsuit to proceed. And regardless of what the science says, if Momtazi Vineyard ends up winning, it could set a precedent that would put a serious damper on cannabis growing operations in some of the country’s most fertile regions.

How Cannabis’ Smell May (or May Not) Ruin Wine

Many people hate the smell of cannabis, and go to significant lengths to avoid it. But for Moe Momtazi, the owner of Momtazi Vineyard, this distaste borders on a vendetta.

He’s been locked in a legal battle with his cannabis-growing neighbor, Yamhill Naturals, since 2017, when his company filed a lawsuit alleging, “Marijuana processing facilities generate foul, skunky smells that vent into the outside air environment. The foul-smelling particles or chemicals will migrate by air … and will negatively impact the quality and suitability of current or future grapes.”

Momtazi wasn’t the only one worried about how cannabis’ smell could affect grapes. That same year, the CEO of the chamber of commerce in Lodi, California — another renowned winemaking region — took a hard stance against mixing cannabis and grape cultivation. “The odor [of cannabis] travels, it could permeate grape skins and render the wine deficient, causing it to lose value,” he said, as reported by the wine industry outlet VinePair.

Given the tightly-restricted nature of cannabis research in the U.S. (and around the world, for that matter), it’s perhaps unsurprising that no clinical studies have investigated the validity of these claims.

But could there be a seed of truth to them, or are they pure fantasy?

What We Know About How Odors Affect Wine Grapes

The concept of odors harming the quality of wine grapes isn’t an especially controversial one. “Smoke taint,” which is more or less exactly what it sounds like — an unpleasant taste that’s caused when grapes are exposed to heavy smoke — is a major concern for vintners in areas prone to wildfires (which, coincidentally, happen to include many of the world’s top wine-growing regions).

Non-grape plants — which vinters sometimes refer to as MOG, or “materials other than grapes” — have also been known to affect the taste of grapes and the wine that’s made from them. In 2012, the Australian Wine Research Institute (AWRI) found that eucalyptus trees growing near vineyards could alter the grapes’ taste due to their powerful essential oils, though it wasn’t clear exactly how this happened.

However, it’s much less clear whether cannabis can have a similarly negative effect. According to “Dr. Vinny,” a columnist for Wine Spectator, “I don’t believe that growing marijuana next to a vineyard will affect the flavor of wine.” For one thing, a smoke taint-like effect is unlikely, since it takes weeks for those odors to permeate the grapes’ skin (as Dr. Vinny wrote, “I don’t think even Cheech & Chong could manage that”). And cannabis plants are also unlikely to affect grapes in the same way as eucalyptus trees, since they don’t shed leaves in the same way, and their essential oil is more difficult to extract.

It’s no secret that cannabis (or rather, the people cultivating it) can have a negative effect on the surrounding area, as evidenced by the impact of black market grow ops on national parks. But while vinters may be right to worry about cannabis growers’ excessive use of water or pesticides, the smell of the plants themselves doesn’t seem to be much of a real threat.