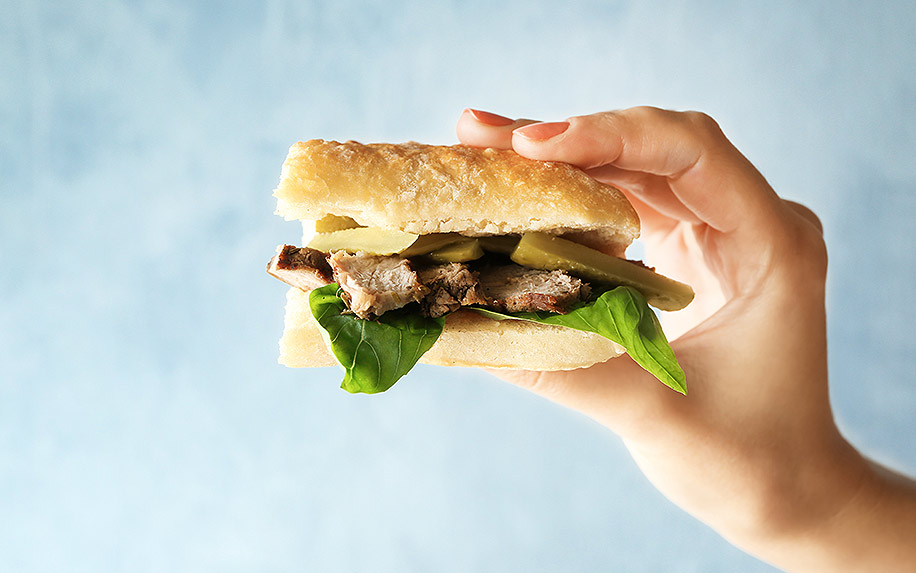 The last few years have seen the boom of cannabis-infused cuisine throughout the country, with fine dining concepts sprouting up in Los Angeles’ trendiest neighborhoods and a growing number of award-winning chefs trying their hands at cannabis edibles from coast to coast. Meanwhile, one of the most curious trends in the cannabis-adjacent culinary world has received relatively little attention: the steady, surprising growth of a marijuana-themed sandwich shop called Cheba Hut.

Founded in 1998 as a single location near the campus of Arizona State University in Tempe, Cheba Hut has since expanded to 20 locations in eight different states. Some of these states (such as Colorado and California) have legal recreational cannabis and, as such, seem to make logical sense for reaching the chain’s core demographic. However, other states like Wisconsin are known for their relatively conservative attitudes on cannabis — despite the Midwest’s growing acceptance of the plant — as is Arkansas, the future home of the three newest shops in the Cheba Hut empire.

What makes the spread of Cheba Hut even more baffling is the food itself, which doesn’t actually feature any cannabis-infused items. Despite featuring “munchies” and “cottonmouth cures” like “Sticky Icky” and “White Widow”, named after popular strains of cannabis, there’s not even a drop of non-intoxicating CBD in anything on the menu. This isn’t simply because the Food and Drug Administration (FDA) is now cracking down on CBD edibles — from the very beginning, Cheba Hut’s food and beverages have been entirely free of cannabis and its derivatives.

In a world where fast food behemoths like Subway seem to have a shop on every street corner (over 24,000 in the U.S. alone, according to the company’s website) it might seem improbable that a relatively tiny chain like Cheba Hut could stay afloat, let alone expand its operations. Yet for more than 20 years it’s proven to be adept at not only surviving but thriving, and its secret for success might be its dedication to a niche audience the rest of the cannabis industry would rather ignore.

The majority of cannabis businesses today are focused on “destigmatizing cannabis” and refuting old stereotypes about “the typical cannabis user”. For example, when the Los Angeles-based cannabis retailer MedMen unveiled its “Forget Stoner,” campaign, it sought to portray cannabis use as something acceptable for moms, scientists, or police officers. As the company’s chief marketing officer told Ad Week, “Our campaign is all about celebrating that diversity and broad level of interest. There is something for everyone, and it is time to move beyond dated labels that don’t reflect the realities of today.”

Cheba Hut, on the other hand, has embraced those “dated labels” wholeheartedly. There’s an undeniably effective method to this madness, and it starts with the physical locations of the stores themselves. Since its inception, the chain has targeted the areas around universities for its expansion. For example, its Wisconsin location is located near the campus of the University of Wisconsin-Madison, while its Arkansas locations will be located in Little Rock and Fayetteville, home of the state’s two largest universities.

As Matt Tretheway, the chain’s chief operating officer, told the Phoenix Business Journal, “When you get into a college or university area you definitely have a lot more people who are open-minded and accepting of things that are not the norm.” He said that he had no desire to scale to the extent of Cheba Hut’s better-known competitors, as, “It’s not the right fit for us and quite frankly it’d be a bad fit for our customers and franchisees.”

With their gaudy, psychedelic paint jobs and ubiquitous use of “stoner slang,” Cheba Hut is certainly outside the norm of both traditional fast food restaurants and the new, squeaky-clean experiences offered by many high-end cannabis restaurants these days. But while Subway closes down thousands of restaurants, and MedMen loses money hand over fist, Cheba Hut is still chugging along, due in large part to its humble aspirations and its devotion to the roots of cannabis culture.