CBD Pizza Is Now on the Menu 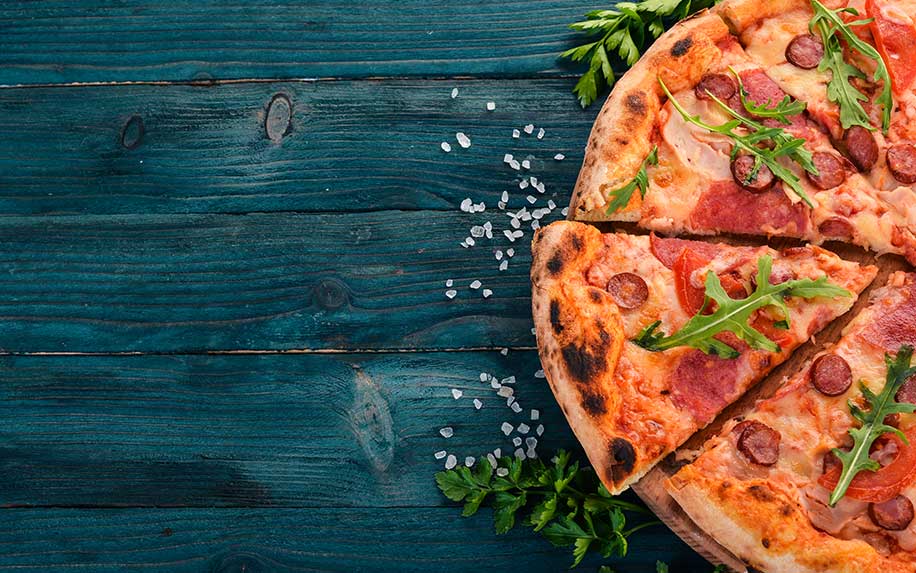 Spinelli’s Pizzeria, is starting the latest trend by infusing their pizzas with CBD oil which comes from the cannabis plant and it won't get you high. Image Credit: By YARUNIV Studio on Shutterstock

In 2019, the world has a seemingly endless appetite for all things CBD. It’s been popping up in everything from foamy macchiato lattes to high-end wrinkle creams. And now it’s available in one of the world’s greatest foods: pizza.

This really isn’t all that surprising given the amazing trajectory CBD oil has had in the past year. In 2018, it went from being relatively obscure and unknown to something that is almost a household name, with features in the New York Times (and nearly every other publication in the country). Experts have been predicting that CBD would emerge as one of the biggest food trends in America for 2019 for months. In fact, late last year, the National Restaurant Association asked 650 professional chefs from across the country what they believed would be the big trends for 2019. They found that 77 percent of the chefs expected that CBD-infused drinks and foods would be a huge hit in 2019, with many respondents forecasting a bountiful new crop of menu items in the months to come. While significant portions of the general public still aren’t totally sure of what exactly CBD oil is or what it does, awareness of CBD is swiftly growing — and this is driving a seemingly insatiable demand for CBD-infused everything.

Now, it seems to be pizza’s turn. And a small pizzeria in Arizona is the latest business to take advantage of this growing trend by offering its customers an intriguing selection of CBD-infused pizzas and cocktails.

CBD Pizza Comes to the Southwest

Spinelli’s Pizzeria, located in Tempe, made a buzz in the local press when it announced plans to offer CBD-infused pizzas to its clientele. The pizzeria is also serving CBD cocktails such as The Doobie Snack, which involves adding CBD oil to a concoction of Malibu, pineapple juice, and banana and melon liquors. Prices are steep (adding CBD to a pizza will run around $10), but proponents say the relaxing, non-intoxicating benefits of CBD are worth it.

Others remain a bit more skeptical about the staying power of CBD as a culinary trend. According to retail expert and Forbes contributor Richard Kestenbaum, although “we are seeing a lot of drinks [and] foods … that use CBD as an ingredient,” the sheer ubiquity of these novelties means “it’s hard to get and hold consumers’ attention.” Restaurant owners who bet big on CBD on an attempt to attract attention could find themselves scrambling in a few months when people’s tastes change.

However, for some foodies like Christopher Palma, owner of Spinelli’s, CBD is simply too good to go away. “I truly believe in innovative forms of treating pain and mood disorders, and I’m so proud we’re the first bar and restaurant in the area to offer CBD extract to our guests,” he said when asked about the venture.

While it remains to be seen whether these are the kinds of traits people are really looking for in a slice of pizza, one thing is certain — the CBD craze has officially arrived, and it’s coming to a menu near you.