CBD Peanut Butter Is Here, But It’ll Cost You 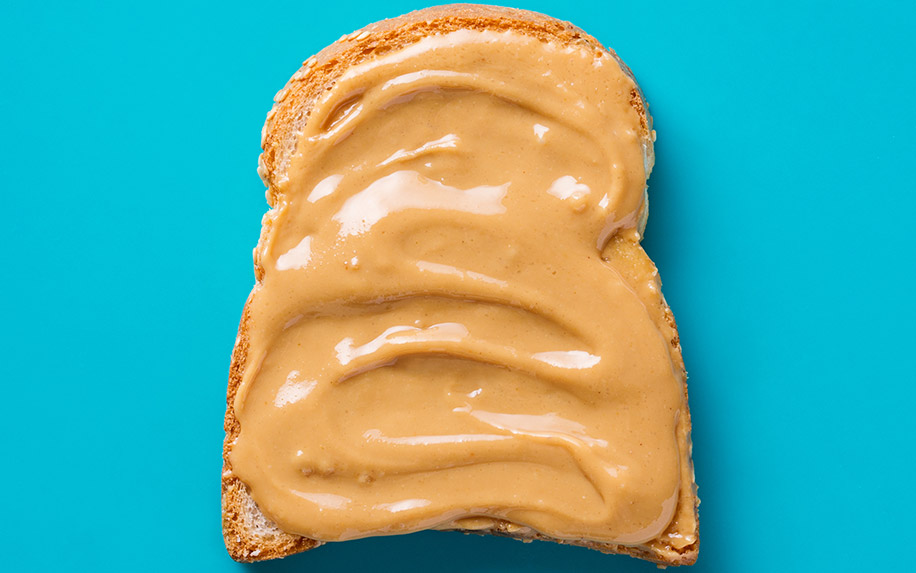 CBD peanut butter may be good for consumers — and farmers too. Image Credit: By Valentina_G on shutterstock.

You can now add CBD to the list of peanut butter’s happy companions: Jelly, chocolate, and banana better make some room — especially in Wisconsin.

The Badger State is home to Budz Butter, a family-owned business that sells smooth (and organic!) CBD-infused peanut butter. True to its name, Budz Butter also sells salted and unsalted butter made from cow’s milk, along with other cooking agents such as extra virgin olive oil and organic coconut oil (which also goes well with CBD).

Its fans rave about tossing noodles in the butter, about dressing their salads with the oil, and about the caring professionalism of owner, Levi Budz, who moved the business home to Wisconsin after the 2018 Farm Bill legalized hemp.

But if you’re looking to peanut butter as an economical delivery system for CBD, you might want to look elsewhere. Like most CBD products, it’s quite expensive, so that calming CBD-peanut butter and jelly sandwich will set you back far more than you might expect. An 8-ounce jar of Budz Peanut Butter rings up at $48 (the organic option is, deliciously, the same price).

However, it’s still a money saver compared to Pharma’s CBD Peanut Butter, which has a similar price tag of $50 — but that’ll only buy you 6 ounces.

In fairness, there are cheaper alternatives — though they’re made for furrier, four-legged diners. Honest Paws makes CBD-infused peanut butter for pets that costs $36 for 16 ounces. Couldn’t you just eat the pet peanut butter, you reasonably ask? If you don’t mind consuming hydrogenated cottonseed oil (which is highly processed and has a high fat content), sure you could.

You could also make your own CBD-infused peanut butter. It’s a relatively simple process, requiring just a double boiler, your favorite peanut butter, and CBD — but this is a snack that only feeds you. On the other hand, when you buy it from a local business, it turns out CBD peanut butter isn’t just a good-for-you snack; it’s a do-gooding snack, too.

CBD Peanut Butter Not Just Good For You, But for Farmers, Too

Wisconsin has a rich agricultural tradition, but as is the case across the country, the state’s farmers have struggled in recent years.

“The dairy industry is not what it was for many reasons. And the tobacco industry, we lost that 10 years ago,” LaVon Felton, an organic farmer, told Wisconsin Public Radio (WPR).

But hemp, from which the CBD in CBD peanut butter is derived, has become a new money-making opportunity for Wisconsin farmers. “So for me this is a way to find another cash crop, another way for the farmers in this area to … supplement their income,” Felton said.

He’s not alone in his thinking. So far in 2019, the Wisconsin Department of Agriculture, Trade and Consumer Protection has issued more than 1,300 licenses to grow industrial hemp in 2019— up 22 percent from last year, WPR reported.

Wisconsin farmer Bob Pulvermacher planted three acres of hemp for CBD last year and harvested about 1,000 pounds of hemp flower. The orders from local CBD product manufacturers come in slowly but surely — which is better than nothing.

“This is just another facet of the business, you know, it’s another crop,” he said. “And hopefully this one works and the other ones will come around and one of those will work some other year.”

Meanwhile, Wisconsin’s hemp farmers are embracing the potential of CBD-infused foods like peanut butter — but they’re not stopping there. “Anyone know,” a CBD cheesehead on WPR’s website asked only half-jokingly, “if you fed hemp to cows, could you make CBD cheddar?”

Good question. While there haven’t been any reports of cows developing a fondness for hemp, apparently goats love the stuff. So CBD goat cheese may not be far behind CBD peanut butter — but as anyone who has been to a state fair knows, Wisconsins won’t rest until CBD cheese curds are a thing.

We can only hope.