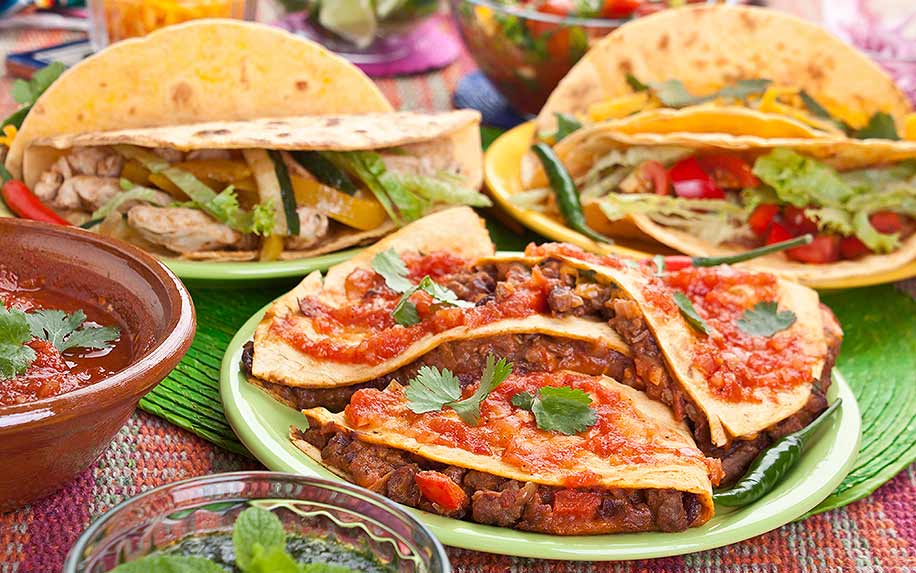 It may seem odd, but chefs are already combining Mexican food and CBD — to great success. Image Credit: By Olga Nayashkova on shutterstock.

Mexican food is one of the most popular cuisines in America — the third-most popular, to be specific. According to the food industry analytics firm CHD Expert, there are over 54,000 Mexican restaurants across the United States, which means that nearly 1-in-10 eateries features flavors from our southern neighbors. And while you won’t find CBD-infused enchiladas or chimichangas on most of their menus, that could be about to change.

Many Mexican recipes lend themselves well to CBD-infused tweaks (more on that in a moment), and some of the most interesting twists on these old favorites have come courtesy of Gigi Diaz, who was named Top Chef of the 2017 High Times Cannabis Cup Michigan. Her Detroit-based catering business offers infused tacos, quesadillas, and more. She may have helped popularize the trend — and elevated it to lofty gastronomic heights — but it has since spread around the country, where it can often be found in more casual settings like Los Angeles’ Medtillas or Denver’s Nomad Taqueria + Beer Garden (if you happen to be in Colorado, you might also want to keep your eye out for La Xochitl, the state’s first CBD-infused food truck).

Home cooks have also embraced CBD Mexican cuisine with great enthusiasm, as a cursory search for “CBD tacos” or “CBD guacamole” will show. There’s an undeniable interest in it — but is it just a passing trend, or could it have staying power?

This Is Why Mexican Food Goes So Well With CBD

Traditional Mexican fare is based around a few key ingredients, and it’s these ingredients which hold the secrets to why CBD and Mexican food go so well together. Recipes usually rely on a variety of beans, meat, cheese, rice, tomatoes, avocado, peppers, and tortillas. This is by no means to say that you won’t find anything else in Mexican food, but you are likely to find most recipes are based on some combination of these staples.

There are two main reasons why these ingredients make an ideal delivery mechanism for CBD: they have extremely strong flavors, and they’re high in fat.

The first is relatively self-explanatory — CBD doesn’t taste that good, according to most people, and its powerful “earthy” flavor can easily overwhelm more subtle ones, thus ruining the dish. Mexican cuisine, on the other hand, tends to be defined by bold flavors like marinated beef, chocolatey mole sauce, or spicy serrano and jalapeños.

Peppers aside, one of the reasons that Mexican cuisine is so flavorful is because its ingredients tend to be high in fat. Consider the avocado, the most essential component in guacamole. A single cup can contain about 21 grams of fat, which is nearly half of the recommended daily allowance for most people. Some fats are healthier than others, of course: the unsaturated fat in an avocado is better for you than the saturated fat in crema mexicana. While the latter might not be the best for your waistline, they do make it much easier for your body to absorb CBD.

This is because CBD is fat soluble, meaning it dissolves best in fat. If you’re wondering why that matters, the answer is simple: CBD molecules are too big to be properly absorbed by the body otherwise. If they’re not delivered with a heaping dose of fat, the CBD can’t be processed and will eventually be excreted (on a semi-related note, this is why quality CBD tinctures are usually made with high-fat coconut oil).

So does this mean that chowing down on a plate of chilaquiles is the best way to take the edge off your anxiety? That might be taking things a bit far — most experts suggest that a dose of around 300 milligrams is needed for CBD to be effective against anxiety, and that’s quite a bit more than you’re likely to find in most dishes, unless you make it yourself. However, if you’re looking to experiment with CBD and some leftovers, you’d be hard-pressed to do better than a plate of aporreadillo or cochinita pibil.