CBD Food Trucks Are Now on the Road in Colorado 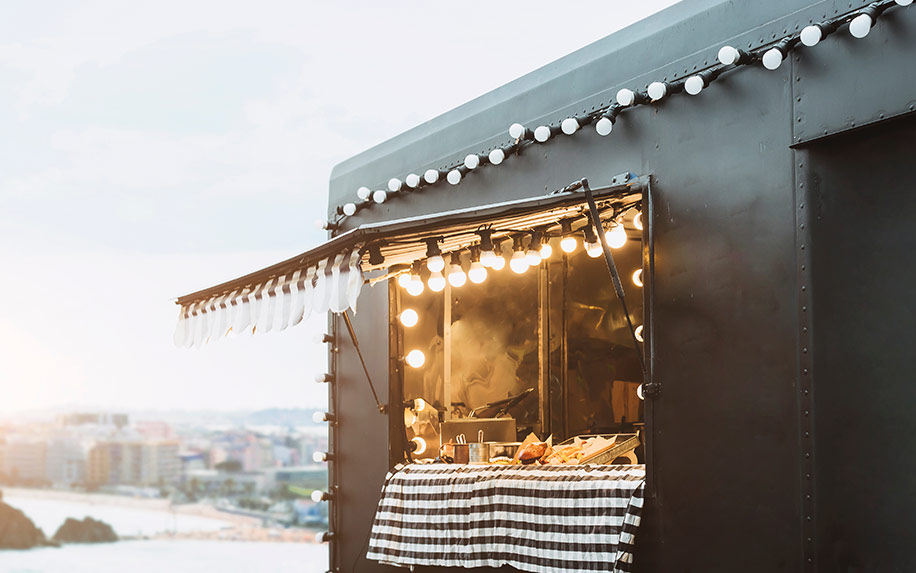 A Denver food truck is the first to serve a full menu of CBD-infused foods. Image Credit: By Bro Crock on shutterstock.

Recently, a new kind of food truck made its debut in Denver — and it’s adding even more credence to the prediction that CBD would be the top foodie trend of 2019.

La Xochitl Burgers and Tacos, owned by Chef Chito Arreola, is now serving CBD-infused foods to its hungry guests. Its diverse menu features items like the Cracker Jack Burger, which is topped with a sunnyside up egg, bacon, peanut butter, and jalapeno jelly. Cactus tacos and vegan burgers are available as meatless options. Any order can be jazzed up with their full spectrum CBD sauce.

Arreola’s food truck is the first in the area to serve a full menu of CBD-infused foods. An unusual concept like this isn’t without risk, but Arreola wasn’t afraid to try something new. He felt food truck aficionados in Denver would be receptive to the idea of CBD-infused offerings and there’s reason to think he might be right — from American classics like macaroni and cheese to Mexican favorites like quesadillas, CBD dishes have already proven popular with diners across the country.

When it comes to the intersection of food and CBD, food trucks also make sense from a financial perspective. Starting a food truck comes with less risk than starting a brick-and-mortar restaurant, since start-up costs are typically under $100,000 rather than $500,000 or more, according to the Washington Post. Considering that CBD is already an expensive business to enter, limiting the initial capital needed is a smart move.

CBD Food Trucks Have a Big Fan Base, But Also Some Big Challenges

CBD and food trucks share a lucrative — and enthusiastic — target demographic. An estimated 47% of millennials have eaten at food trucks, according to news site Big Think (which dubbed them “the Food Truck Generation”). Millennials are also the most likely age group to use CBD, with 39 percent of adults aged 25 to 34 saying that they’ve used infused products, according to market research firm Dynata.

La Xochitle isn’t the only CBD-infused food truck trying to take advantage of these overlapping trends. For example, in Oregon a truck called CBD Joe’s serves breakfast, BBQ, and coffee infused with CBD. Nor is the trend limited to states with legalized cannabis — in Georgia, Sunshine Alchemy offers juices and cocktails with an optional CBD boost.

However, there’s one major catch facing many of these businesses: Adding CBD to food and drink is technically still illegal under federal law, since the Food and Drug Administration (FDA) has not yet approved of it as a food additive.

While these laws are loosely enforced in many areas, states and cities are beginning to crack down with regulations of their own. In Atlanta, for example, authorities have pledged to penalize any businesses caught selling CBD foods and drinks, according to the Atlanta Journal-Constitution. Even in places where blanket prohibitions aren’t enforced, like in Colorado, businesses must fill out mountains of paperwork to prove their products don’t contain excessive amounts of THC — and any claims of health benefits are strictly forbidden.

Still, with such a demonstrable demand for what they’re offering, and the possibility of full national legalization of cannabis in the not-so-distant future, it seems like CBD food trucks are likely to be a fixture on at least some American streets for years to come.