CBD and the Keto Diet: What to Know Before Mixing Them 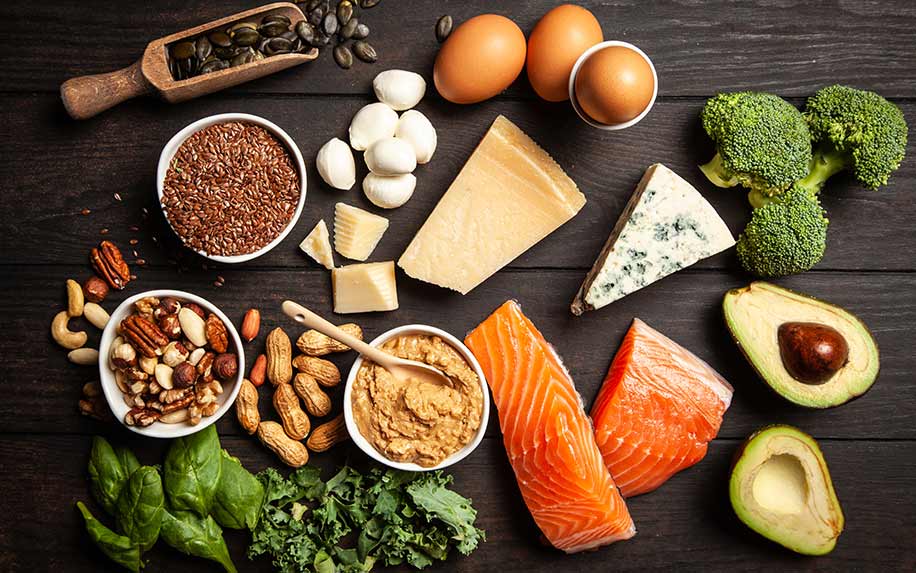 While there’s no precise data on the number of people who follow the keto diet, it’s been one of the most popular diets in the world since at least 2005. Image Credit: By George Dolgikh on shutterstock.

Cannabidiol (CBD) is having a moment. According to a 2019 Gallup poll, 1 in 7 American adults are currently using CBD to treat conditions like pain, insomnia, and anxiety. Thanks to its burgeoning popularity, CBD use is also starting to overlap with other wellness trends — and the keto diet is one of them.

While there’s no precise data on the number of people who follow the keto diet, it’s been one of the most popular diets in the world for a surprisingly long time. As far back as 2005, researchers noted that, “Over the past decade, the use of the ketogenic diet internationally has increased dramatically,” as detailed in a paper published in the journal Epilepsia.

Why is the keto diet so popular? For most people, the main appeal is weight loss. The keto diet involves eating a large amount of fat, a moderate amount of protein, and a tiny amount of carbohydrates. The idea is to induce ketosis, a state in which the body burns fat for energy instead of carbohydrates, thereby getting rid of excess body fat.

Other commonly-cited benefits of the keto diet include reduced appetite, improved cognition, and clearer skin. However, according to the Mayo Clinic, “there’s very little evidence to show that this type of eating is effective — or safe — over the long term for anything other than epilepsy.” A 2008 study from English researchers found that the keto diet could reduce seizures and other symptoms in epileptic children, though only around 40 percent responded positively to the diet.

In this regard, the keto diet and CBD have a lot in common — there’s a huge amount of public enthusiasm for them, but the scientific community is still wary.

Key Facts to Know About CBD and the Keto Diet

Many people begin a keto diet with the hope of a lifestyle change. Perhaps they plan to lose weight and become more active. Others may have specific goals, like better management of their blood sugar or blood pressure. CBD could have the potential to help them achieve those goals in some cases, but it’s important to have a clear picture of the risks and rewards before starting.

Here are some key takeaways about CBD and the keto diet:

CBD could help ease the side effects of the keto diet.
The keto diet does have some negative side effects, especially during the first few days. Often referred to as the “keto flu,” individuals may experience intense withdrawal symptoms associated with cutting carbs including body aches, increased anxiety, difficulty sleeping, and grouchiness.

These are all areas in which CBD could help. In fact, one of the main reasons it’s become popular with athletes and yoga practitioners is its ability to relieve soreness, a feat it accomplishes by working with the body’s endocannabinoid system (ECS) to regulate pain and inflammation. Many experts believe that CBD’s ability to affect the ECS is also responsible for its ability to reduce anxiety and get a better night’s sleep.

There’s some overlap between the benefits of CBD and the keto diet.
CBD is a well-known anti-inflammatory, with applications in a wide variety of conditions. For example, in 2015 the journal Bioorganic & Medicinal Chemistry published a review examining the benefits of using CBD to manage inflammation, linking it to improvements in cases involving neuroinflammation, collagen-induced arthritis, and colitis.

There’s also evidence to suggest that the keto diet could be effective in countering inflammation. A 2015 study in the journal Epilepsia, helpfully titled “Ketogenic diet exhibits anti-inflammatory properties,” found that these abilities, “might contribute to the effect of [the keto diet] in the field of epilepsy, where inflammation contributes to seizure precipitation and/or brain injury.”

Another overlap between CBD and the keto diet is boosting mental clarity. A 2017 review of CBD’s effects on cognition, published in the journal Neuroscience and Biobehavioral Reviews, cited the “ability of CBD to restore cognition in multiple studies of impairment.” A 2018 study published in Frontiers in Aging Neuroscience found that the keto diet also had beneficial effects on cognition (though the study was only conducted on mice).

There are no known risks of using CBD with the keto diet.
So far, there have been no documented risks associated with mixing CBD and the keto diet. That being said, it is always a good idea to speak with a doctor before trying a new health regimen. Pay attention to the signals your body is giving you, and seek professional medical help if you feel poorly or experience adverse effects.

That being said, one thing to be careful of is ruining your diet with CBD products. On its own, CBD is sugar-free (this is also true for many tinctures, topicals, and vape oils). However, edible products like gummies, drinks, and baked goods are likely to contain sugar or carbohydrates that could make it difficult to reach or maintain the desired state of ketosis.

Adding CBD to the keto diet is easy.
CBD is a natural match for the high-fat keto diet, because research shows fatty foods make CBD more effective (the short explanation is that the fat dissolves the CBD molecules, making it easier for your body to absorb). As a result, taking a CBD capsule or a few puffs of your vape pen after a meal

Cooking with CBD oil has also become popular in recent months, and the oil itself (or infused condiments like CBD salad dressing) can be added to most keto-friendly meals with relative ease. Just be careful to avoid high temperatures, and make sure the dish includes strong flavors to mask the … earthiness of the CBD oil.

CBD and the keto diet have some high-profile fans.
A number of prominent celebrities are known for following the keto diet and taking CBD at the same time. However, the most compelling success story might be that of Jason Ganet, a disabled veteran who was interviewed by POPSUGAR in 2017 after losing 150 pounds on the keto diet. He also used CBD to support his new lifestyle, which decreased his pain and allowed him to wean himself off the pills that were negatively affecting his liver.

His results certainly aren’t typical, but they’re encouraging for anyone thinking about combining CBD and the keto diet to meet their health goals.