Cannabis Popsicles Could Cool You Down This Summer 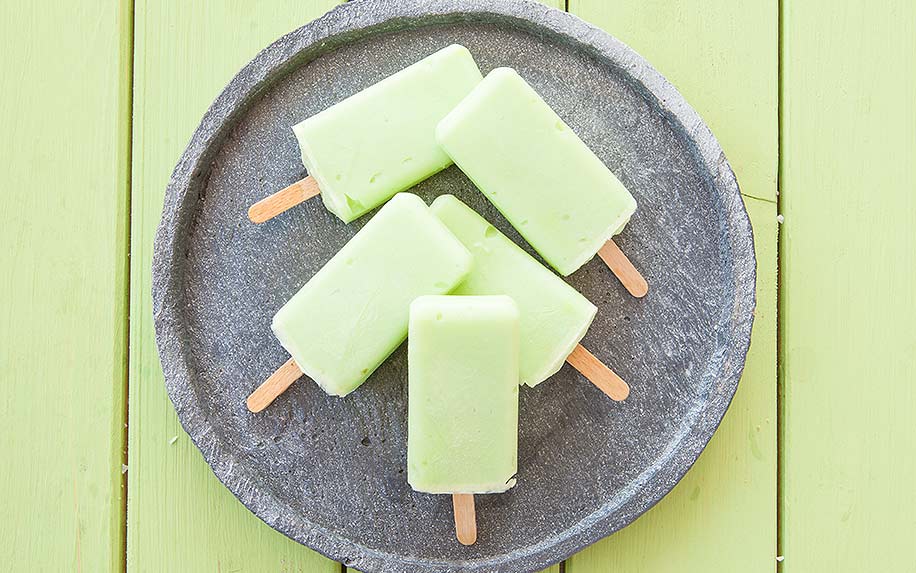 A chain of cannabis dispensaries in Colorado is offering popsicles infused with a 10 mg dose of indica THC. Image Credit: By Barbara Neveu on shutterstock.

On a hot summer’s day, few things are as refreshing as a popsicle … but would they be even more refreshing if they contained a bit of cannabis?

That’s the question the folks at The Green Solution, creators of a new line of cannabis-infused popsicles, asked themselves before cold-brewing a batch of what are essentially grown-up Otter Pops. Their chain of cannabis dispensaries in Colorado offer vegan grape and cherry pops infused with a 10 mg dose of indica THC. The company suggests they’re an ideal option for those who want to reduce stress or ease pain but don’t want to put anything hot near their face on an already-scorching day.

But making a cannabis-infused popsicle is not as easy as, well, pie. Ever heard that expression about oil and water? CBD oil is no exception — it’s not water-soluble, and tends to float to the top without being evenly incorporated.

“That’s why a lot of people use coconut oil or ice cream and stuff like that [as a delivery method for CBD],” Al Everetts of Mt. Everetts Frozen Creations, told WTFS, a local ABC affiliate in Tampa, Florida.

The Everetts family has run a popular Italian ice and frozen custard shop for the past 25 years, but when Al’s son, Troy, wanted to expand their offerings to include CBD, he faced difficulties both in the kitchen and the boardroom. Cannabis companies were skeptical when the Everetts pitched their CBD Italian ice idea. To mix properly, a frozen product needed fat, they said, which is why you see CBD ice cream (like the one from Brooklyn-based Van Leeuwen) made with high-fat coconut oil and DIY recipes for cannabis-infused pops that use coconut milk.

Making Cannabis Popsicles Is Harder Than It Looks

Still, that didn’t discourage Al Everetts, who spent a month developing a CBD Italian ice he was happy with. The results include flavors like cherry, lemon, and mango, each with a 30 mg dose of CBD per 5 oz. cup — but the process is something he’s keeping under wraps.

Little wonder, since he’d managed to clear a logistical hurdle other companies seem to have failed to clear before. In July of 2017, the Florida-based, farmers market-born pops company, Pop Craft, partnered with BluDog Products to create a premium CBD pop. Pop Craft had already mastered flavors like raspberry-rose-almond and citrus-coconut-ginger — and by all accounts, they were more than ready to add CBD to the ingredients list. Press releases at the time announced BluDog’s plans to “strategically [introduce] a water-soluble CBD oil super food and wellness drinks (with an extended release formulation) that are easily absorbed.”

But if you look around the internet today, you won’t find anywhere selling those artisanal-flavored CBD pops that were supposed to come from the partnership between Pop Craft and BluDog Products, though there are many reasons the product could have failed to launch.

“It’s really hard, because it [CBD oil] likes to float to the top and so it’s really hard to get it mixed through the ice,” Marissa Foersch of Primal, a smoke and vape shop in Wilkes-Barre, Pennsylvania, told WTFS.

Done correctly, though, the infusion of cannabis could take frozen treats from the sole domain of summertime fun to quality-of-life-improving delight served with a chill, Troy Everetts explained.

“The other day there was an older man who said, ‘I was in a lot of back pain’ and he ate one, and he said his back wasn’t hurting him anymore. And when we hear stuff like that, it’s always awesome to hear that our product is helping someone.”

You can’t say that of your average frozen ice water on a stick.