Cannabis Flour Is Gluten-Free: Here’s How To Use It 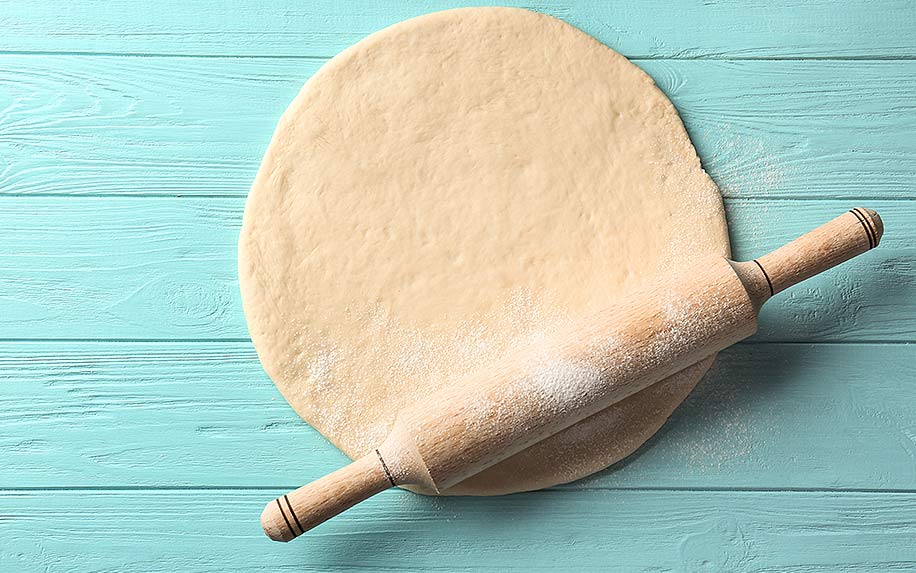 Cannabis flour could answer the prayers of celiacs across the U.S.. Image Credit: By Africa Studio on shutterstock.

It might seem a step too far in the “cannabis cures everything” direction, but recently-introduced cannabis flour could answer the prayers of celiacs across the United States.

For people with celiac disease (of which there are around about 3 million in America, according to the Celiac Disease Center at the University of Chicago) there is no known treatment or cure. The only way that they can manage the condition is by monitoring their diet carefully to exclude any products that contain gluten, a protein found in anything made with wheat, barley, or rye. If they consume products with those grains, they can experience severe gastrointestinal disorders, malabsorption of nutrients, anemia, and chronic fatigue.

Fortunately, as society has become more aware of celiac disease, gluten-free alternatives to many daily staples have become widely available. Cannabis flour is the latest addition to this market and gives people yet another way to cook traditionally gluten-packed foods (like bread and other baked goods) without having the deal with unpleasant side effects.

As well as being gluten-free, cannabis flour offers a vast range of nutrients that some other alternative flour products, like rice or corn, do not. Cannabis plants are better known for their psychoactive effects than their nutritional content, but they have a rich supply of vitamins, minerals, fatty acids, and essential oils that have a huge number of health benefits. This is one of the reasons why cannabis edibles have become so popular.

Tips for Cooking With Cannabis Flour

While it does have many benefits, cannabis flour is a little different that traditional flour, and cooking with it requires just a tad more knowledge and understanding. Here’s what you need to know:

If you’re considering using cannabis flour instead of wheat flour in your home baking, the method for substitution is very simple. All you need to do is swap out equal amounts of the former for the latter. There is no complicated ratio or formula to worry about.

Make Sure The Flavor Is Right

One thing you do need to give some thought to is the taste. Some people love the taste of marijuana — but others don’t. If you’re in this group of people, it could be worth your while to experiment with different strains of cannabis to produce different flavors in your baking. The staff at a good dispensary will be able to advise you and what strains produce the strongest flavors.

If you don’t live near a dispensary — or have settled on a strain that you really like and don’t want to change — you can try using other strongly flavored ingredients in your new cannabis flour recipes to make it taste better, or at least dilute it.

Be Careful of Temperatures While Baking

Unlike regular wheat flour, cannabis flour doesn’t do well in very high temperatures. Make sure that your oven temperature doesn’t exceed 340°F to get the best results from your dish. If you’re adapting a recipe that uses other types of flour and calls for higher temperatures, simply bring the heat down to 340°F and allow for a longer cooking time.

It’s easy to get hemp and cannabis products mixed up, especially given that the media has been so lax about defining and separating the two. Hemp and cannabis (or marijuana) are related, but not the exact same. Cannabis plants are more nutritious because they have a greater range of cannabinoids and terpenes than their hemp cousins. But hemp is still widely regarded as a superfood and either of these products will be a great addition to the kitchen stores of anyone with a gluten intolerance (or just a fondness for trying new products).

Open Up Some Windows First

Our final tip may seem an obvious one, but if you forget it, you might find that your lovely home quickly smells like a teenage boy’s bedroom. No matter what you mix cannabis flour with, it’s going to smell strongly of the plant. Much like the taste, some people love that signature cannabis smell, and some hate it. So, it’s better to be safe than sorry and open up your windows for the first time you try baking with it. If you find the fragrance mouthwatering, you can always leave them closed next time.