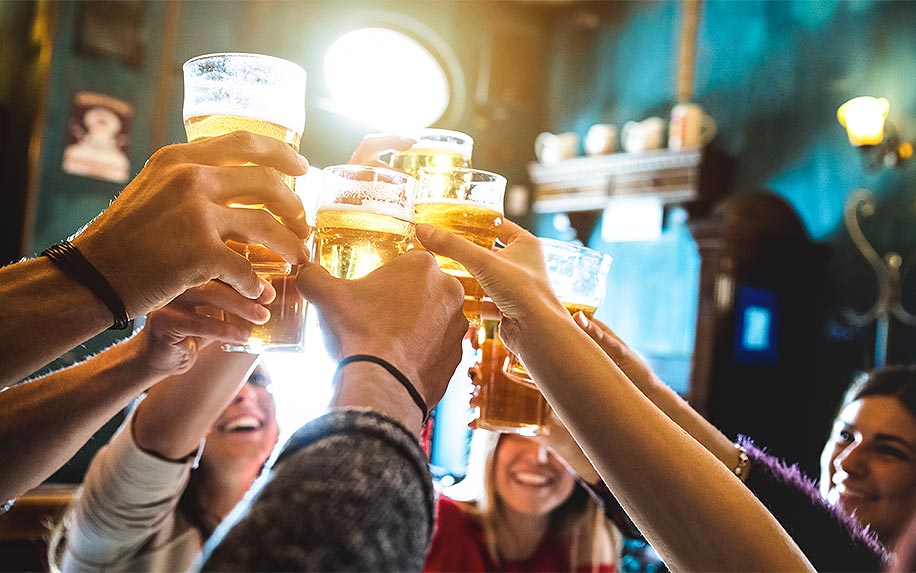 How does cannabis impact alcohol use? There remain many unanswered questions. Image Credit: By View Apart on shutterstock.

A lot of attention has been paid to the use of cannabis as a substitute for other intoxicants. It’s been touted as a replacement for prescription drugs for pain management and a host of other conditions, and until recently it was believed to reduce the incidence of opioid overdose deaths in states where it has been legalized (though a recent study published in the journal PNAS suggests that trend has now reversed).

One usage relationship has drawn attention from more than just a users’ harm reduction standpoint — that of cannabis and alcohol. Several statistical reviews have been devoted to the rate of traffic accidents in states with legal cannabis, showing indeterminate correlations between the use of alcohol and cannabis in the most problematic cases. But a recent study out of the University of Colorado Boulder’s Center for Health and Neuroscience, Genes, and Environment (CUChange) has taken a leap forward in methodology, with surprising results.

To start out, the researchers shunned the federally-supplied cannabis that most other studies had employed, which tops out at a THC content of 5 percent, opting for strains of differing THC and CBD concentrations which better reflect those in real-world usage. In addition, they recruited people, not the lab rats employed in some previous studies.

“In light of the different effects of THC and CBD on the brain and throughout the body, we wanted to explore whether or not those effects depend upon the actual cannabinoids ingested,” said Hollis Karoly, a postdoctoral research associate at CUChange.

The 127 participants in the study were all cannabis users and drinkers of differing frequency, aged 21 to 70. They were assigned strains with differing levels of THC and CBD, and were free to ingest as much cannabis and alcohol as they wanted over the five days the study ran.

The results, presented in June at the annual meeting of the Research Society on Alcoholism, were surprising. While one group reinforced the promise of CBD as an effective therapy for alcoholism — with the CBD-dominant group reducing their drinking by 50 percent — the group assigned the strain with the highest THC content, 24 percent with no CBD, reduced their drinking by over 30 percent.

There was no significant change in drinking among the two other groups: those consuming the low-THC strain, which at 16 percent registers below the Colorado average, and those who consumed cannabis with a 1:1 CBD-to-THC ratio.

Karoly grounded the study’s finding that high-THC strains may reduce drinking with caution, saying, “There are a lot of open questions and conflicting information out there. Plus, high-potency THC can impair motor and cognitive performance, so even if it did help people with drinking less, it might not be worth the potential risks.”

The Complex Relationship Between Cannabis and Alcohol

One month into the Canadian legalization of recreational cannabis, a study commissioned by Global News found that nearly half of cannabis users — 45 per cent — said they would drink less alcohol with cannabis legal.

In the U.S., the relationship between cannabis and alcohol is complicated by changing and uneven legal access to cannabis. A 2016 peer-edited review of the existing literature found conflicting evidence for relationships of substitution and complementarity, with 16 of the 39 studies reviewed supporting substitution of one for the other, 10 studies supporting their co-use, 12 supporting neither theory, and one supporting both.

Youth studies showed substitution of alcohol in favor of cannabis in more liberal cannabis environments, but more proportional patterns of use in places with stricter alcohol control. The review also posited that cannabis-related laws could affect alcohol use differently across genders and racial groups.

The review cautions of unintended effects on the use of one substance through policies directed at the other, and makes a case for more specific research in the future. As Karoly says of CUChange’s study, research on the relationship of cannabis and alcohol has so far been small and preliminary, though promising enough to warrant further attention.