CBD Milk – Everything You Need to Know 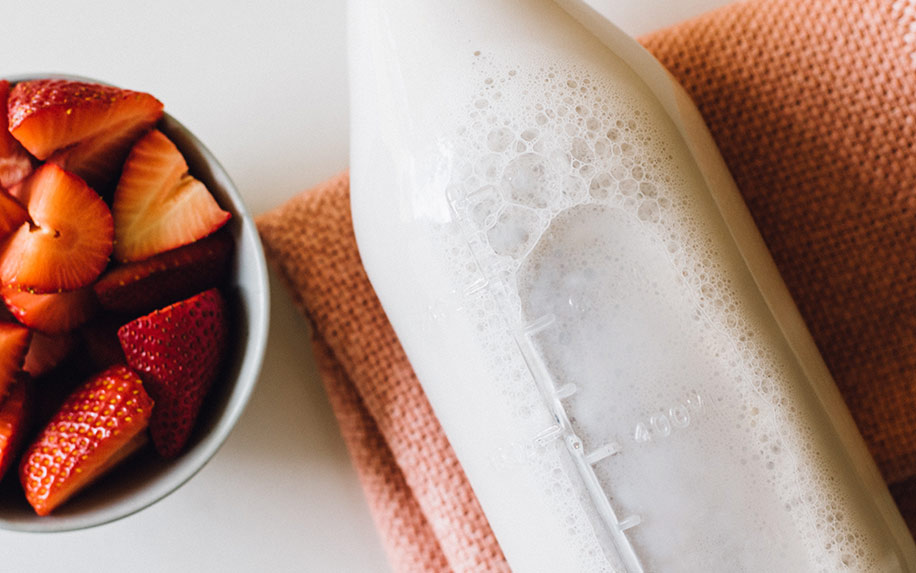 “The cannabis industry is booming, and even food industry are coming up with CBD-infused foods." Image Credit: Adrienne Leonard on Unsplash

Cannabidiol milk or “CBD Milk” as it is commonly known, is the latest addition to the growing range of trendy new cannabis-based products. This new addition to the market has been met with excitement and enthusiasm, and reviews are overwhelmingly positive so far. In the past few years we’ve seen an enormous shift in attitudes towards cannabis and this has led to the creation of a mind-bogglingly broad spectrum of products. From CBD chewing gums to cannabis-infused dog treats, the products are getting more innovative by the day. And cannabidiol milk is the latest addition.

Cannabidiol milk promises to relieve pains and aches, reduce stress and anxiety, and tackle insomnia and other sleep disorders. These are medical conditions that millions of Americans struggle with every day. For years, pharmaceutical companies have provided an answer to the problem through a wide variety of medicines. From pain medications to sleeping tablets, there are more than enough medications to provide people with plenty of options when it comes to their health issues. However, these drugs often come with their own list of side effects, many of which can be severe.

As a result, customers are turning to natural products in their millions. Natural remedies have seen a huge surge in popularity over the past few years. Cannabidiol (CBD) is one such remedy which has benefitted from this surge. However, for many people cannabis and its products remain somewhat mysterious. Their lack of understanding and awareness can hold them back from experimenting with the benefits of cannabis to their health and wellness.

The History of Cannabis

The relationship between people and cannabis is one which dates back farther into ancient history than most people expect. Historians believe that cannabis may have been the first plant ever to be planted and harvested by people. Evidence has been found which suggests that pre-neolithic Japanese people cultivated the cannabis plant in order to use it for its fibres, to create textiles, and as a food staple. This could date back as far as 8000 BC. In neighbouring China, evidence of the use of hemp in the Neolithic period has been found, while it was used in Korea as an important crop from around 3000 BC.

While there’s more than enough hard, irrefutable evidence to prove that cannabis has been used for centuries by people all over the globe, this didn’t continue forever. In the early twentieth century, wide scale restrictions were introduced for the first time. The Marijuana Tax Act was passed in the United States in 1937. This act prohibited the production of both cannabis and hemp in the USA. However, shortly afterward the government was forced to reverse the act as hemp was badly needed for the production of uniforms, rope and other materials during World War II.

The arrival of the 1960’s saw a dramatic increase in cannabis use in the United States and across Europe, especially among young people. This trend began to make its way to the middle classes, and the United States government responded with determined strength. Cannabis was criminalized and classed as a Schedule 1 substance which saw it treated as seriously as heroin.

Holland decriminalized cannabis in 1972 and the legal sale of cannabis and cannabis products began just 4 years later. A thriving culture of cannabis use became synonymous with Holland’s national image as a result and remains today. While it took the United States some time to catch up with Holland in this regard, California became the first state in the country to legalize the use of cannabis for medicinal purposes in 1996. Just a half a decade later Canada legalized the use of medical cannabis.

Since then, the number of US states that have followed suit and legalized medicinal cannabis has grown rapidly. While cannabis remains a Schedule 1 substance under federal law, states are taking matters into their own hands by changing their laws in relation to the drug. Some have even begun to legalize cannabis for recreational use too. These changes represent a general shift across the nation which appears set to continue. It’s likely that changes to federal law will follow suit in time.

Today cannabidiol is more commonly known as CBD. CBD oil is extracted from the seeds of the hemp plant and has been found to contain many impressive medicinal qualities. A known anti-inflammatory, CBD is a powerful weapon against chronic pain. Its relationship to the endocannabinoid system makes it an effective mood stabilizer and remedy for anxiety. There can be no doubt in this day and age that the benefits of CBD are impressive and far reaching.

As a result, it’s now used in everything from CBD infused anti aging lotions to hemp oil chewing gum. The range of CBD products available in stores and online is expanding and diversifying by the day, and customers couldn’t be happier about it. However, some people are still skeptical about its safety.

The primary concern that most folks have is that if they use CBD, they will experience the psychoactive effects that we all associate with cannabis. What many people don’t realise is that this euphoric effect is caused by one specific chemical known as Tetrahydrocannabinol (THC). This means that cannabidiol (CBD oil) doesn’t cause the psychoactive properties and effect that so many people want to avoid. This is one of the reasons why the arrival of CBD milk is so welcomed. This all natural drink doesn’t contain any of the side effects which can be expected when using pharmaceutical medicines, or when using cannabis.

Approximately 60 million Americans suffer from some form of insomnia each year. 100 million Americans are living with a chronic pain disorder today. And approximately 30% of the population of the US experience anxiety. These numbers are much higher than you might have expected, and the conditions that they illustrate can be truly debilitating for those they affect. While drugs can go some of the way towards improving the lives of these people, they aren’t always the best solution. Thankfully, new products like cannabidiol milk have the potential to provide much needed relief to those in search of it.