The Sports World Is Changing Its Mind About CBD and Cannabis 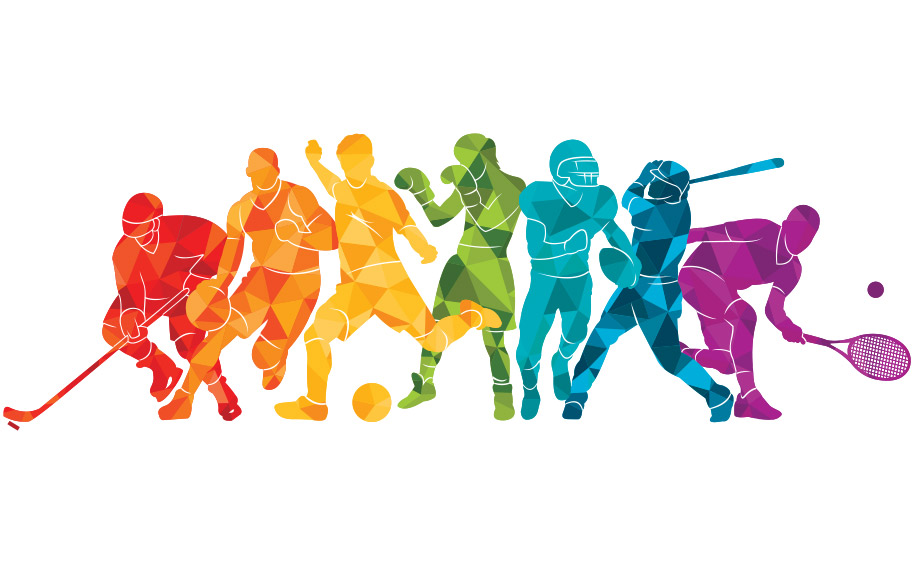 Cannabis & CBD have been banned in sports for a long time and it looks like change is coming.Image Credit: By Razym on Shutterstock

Athletes have always had a fondness for cannabis, which has landed many of them in the metaphorical penalty box over the years. However, as mainstream support for legalization becomes increasingly common, this may no longer be the case.

2019 is shaping up to be another landmark year for cannabis in the United States. For starters, more farmers will be able to grow industrial hemp thanks to the 2018 Farm Bill. The plant is losing its stigma among public authorities like U.S. Surgeon General Jerome Adams, who floated the idea of removing cannabis from the list of Schedule I substances (meaning a drug that possesses no medicinal qualities and poses a high risk of abuse). Meanwhile, states like Texas and Virginia may vote to decriminalize cannabis, and there is a very good chance that at least nine states — Connecticut, Illinois, Minnesota, New Hampshire, New Jersey, New Mexico, New York, Rhode Island, and Vermont (where possession is currently legal, though commercial sales are not) — could pass legislation that will end the prohibition of recreational cannabis by the end of the year, which would make it legal in 18 states. It would also mean that 45 percent of American adults live in a place where recreational cannabis is legal.

Will Sports Leagues Jump on the CBD and Cannabis Bandwagon?

2019 may also be the year in which professional sports leagues finally come to embrace cannabis, though not for recreational purposes.

This is because one of the compounds found in cannabis, cannabidiol (CBD), could be a boon for athletes. A growing body of research suggests that CBD can be used to treat chronic pain, anxiety, and some sleep disorders — precisely the kinds of problems many athletes deal with. Furthermore, unlike tetrahydrocannabinol (THC), probably the most famous compound in cannabis, CBD has no psychoactive effects, meaning those who use it do not get “high.”

Though the therapeutic benefits of CBD have been studied for decades, products containing the compound were not readily available to the American public until relatively recently. Within the past two years, however, its popularity has exploded as its benefits have been discovered by people from all walks of life — including many athletes.

For many, it was a welcome alternative to prescription drugs that can become addictive or cause unwanted side-effects.

“A lot of guys get run down different roads, seeing different doctors and getting different treatments, and it’s making their condition worse,” said Riley Cote, a former enforcer for the Philadelphia Flyers. Since retiring in 2010, Cote has become one of the sports world’s most vocal proponents of cannabis. As co-founder of Athletes for Care, a not-for-profit dedicated to improving the lives of retired athletes, he has seen first-hand the potential of cannabis, particularly CBD. “[Retired athletes] are leaning on resources that aren’t sustainable, like opioids and alcohol and the traditional toolbox,” he said during an interview to be published with Kahner Global. “We give them an alternative with cannabis.”

Though cannabis continues to be banned throughout the sports world, some sports organizations are warming up to CBD. The World Anti-Doping Agency decided to remove it from its list of prohibited substances starting January 1, 2018. Meanwhile, in June 2018, the BIG3 League made headlines for becoming the first professional athletic league to openly embrace it.

Sports leagues are not the only ones becoming more tolerant of cannabis usage. A Gallup survey conducted in September 2018 found that 62 percent of Americans support legalizing cannabis — up from 31 percent in 2000.

These leagues are not only responding to the public’s changing views on cannabis; they are also considering the changing legal status of CBD. The Farm Bill that was signed into law in December made it legal to grow industrial hemp (defined as a cannabis plant containing less than 0.3 percent of THC) in more circumstances than in the past. This is a huge win for CBD, as industrial hemp is the plant from which the majority of CBD oil is extracted.

John Hudak, a Senior Fellow with the Brookings Institute, recently summed up what this means: “The Farm Bill ensures that any cannabinoid — a set of chemical compounds found in the cannabis plant — that is derived from hemp will be legal, if and only if that hemp is produced in a manner consistent with the Farm Bill, associated federal regulations, associated state regulations, and by a licensed grower.” The bill does not legalize CBD across the board; Section 12619 only removes hemp from the list of Schedule I drugs as defined by the Controlled Substances Act of 1970.

Though CBD is not yet legal in all 50 states, it has clearly been accepted as a part of mainstream culture. Although most professional leagues still prohibit athletes from using any form of cannabis product, usage of CBD among athletes is likely to continue to become more common. Thanks to its ability to treat many athletic ailments, CBD usage could soon be as common as a post-game ice bath.

This does not mean that one should not take precautions when using CBD.

“It is important to remember that even ‘natural’ remedies can cause negative effects when taken in conjunction with other medications or supplements,” said Dr. Samoon Ahmad of the Integrative Center for Wellness. “You should always consult a doctor before using CBD or any new medication to learn how it will interact with your current regimen.

“It is always better to be safe than to be sorry,” he added.

Jay Fox is a writer and novelist based in New York City. His work has appeared in Crain’s New York, Salon, FutureStructure, Emergency Management, and on numerous B2B and B2C campaigns. He earned his BA from New York University in Philosophy and History. Jay is also an accomplished guitarist and chef.