NFL to Consider Cannabis as Alternative to Prescription Meds 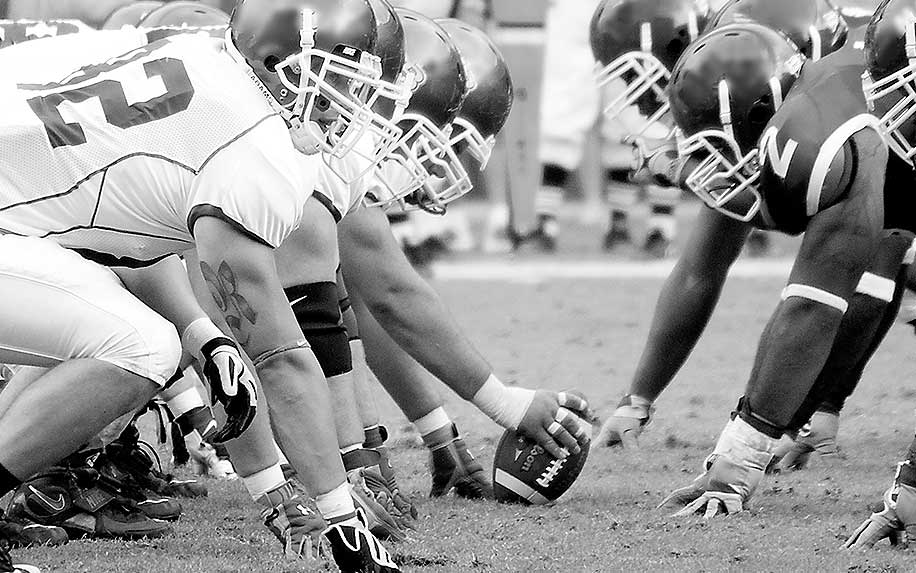 Al Harrington never played in the NFL, but the former basketball star is still encouraged about the league’s newfound openness to cannabis — and its potential benefits for his fellow athletes. Speaking at the Players’ Technology Summit in early July, which was presented by Bloomberg, he told the audience, “If the teams in these organizations know what’s best for their players, they should take a deeper dive into the cannabis plant because there’s something there.”

It seems that, after years of procrastination, the NFL is ready to listen. In late May, both the league and the NFLPA (National Football League Players’ Association) banded together to explore the possibilities of using cannabis to treat players’ pain. “Very historic and proud day for league and NFLPA to partner together on this,” the league’s chief medical officer, Allen Sills, told NFL . com at the time.

The union and league agreed to form two medical committees that will focus on pain management and mental health, respectively. Each of the NFL’s 32 teams will be required to hire specialists to implement the committees’ guidelines before the start of the 2019 season in September.

There are several reasons the NFL is considering allowing its players to use cannabis. For one, the league has acquired a reputation for ignoring or even covering up its players’ health problems, as detailed in the 2013 PBS documentary “League of Denial,” which criticized the NFL for downplaying the risks of brain damage and mental health issues that come with playing the sport — and depriving players of proper care for their injuries (a 2018 documentary called “Concussion Protocol,” which dealt with the same issues, showed how nonchalant the NFL was in the face of these issues even in the face of mounting medical evidence).

But the second is a long unsolved issue: prescription drug abuse among players. A 2018 study from the Washington University School of Medicine in St. Louis showed that retired NFL players are four times more likely to use prescription painkillers than the general population, with over 70 percent of them meeting the criteria for “misuse.”

What’s Pushing the NFL to Change Its Cannabis Policy?

Football players have been cannabis advocates for quite some time. As Jim McMahon, quarterback of the Super Bowl-winning Chicago Bears in 1985, told the Chicago Tribune, “[Medical] marijuana has been a godsend.” And they’re beginning to grow bolder and more outspoken in their advocacy — former offensive lineman Kyle Turley told the Huffington Post, “There is no excuse for us to say we don’t know enough anymore about [cannabis].”

Yet despite the enthusiasm for medical cannabis from current and former players (and the increasing acceptance of cannabis use among society in general), NFL athletes are still subject to stiff penalties for using the same medicine used by roughly 3.5 million Americans, according to an estimate from the nonprofit research group ProCon.

David Irving, a former Dallas Cowboys defensive end, is a recent example of the harsh rules the NFL has against cannabis. After being suspended for an indefinite amount of time, Irving announced to the public that he “quit” until the NFL changes its stance on cannabis. Like many players, he believes that the plant offers a far safer alternative to opioids.

One of the most accomplished players of the last decade, Chris Long, has spoken openly in favor of cannabis. According to Long, the NFL has never cared about players using cannabis — their main concern is maintaining control over its players’ behavior. “They just care if a guy is dumb enough to get caught, because players know the test is coming,” he told NBC Sports.

Current research, while limited, supports the players’ assertion that cannabis has much to offer current and retired athletes as they seek to manage football-related health issues. A major worry for anyone in a contact sport is the possibility of TBI (traumatic brain injury) or CTE (chronic traumatic encephalopathy). Both are serious and often fatal brain injuries that occur as a result of ongoing concussions. According to recent studies, cannabis may be effective in preventing them.

In 2014, a study published in the American Surgeon looked into how using cannabis affects those with TBI. The group of researchers found that people using cannabis were less likely to die as a result of having TBI. This is because THC and CBD are neuroprotectants, which can help insulate the brain against trauma. They can also stimulate blood flow to the brain, helping to maintain the health of brain cells.

In 2018, another study published in the journal Frontiers in Integrative Neuroscience found that “cannabis botanicals offer distinct advantages over the current [methods of treating neurological issues] and portend to revolutionize neurological treatment into a new reality of effective interventional and even preventative treatment.”

It’s too early to say for certain if cannabis could be the answer to the NFL’s player health problem, but for the first time in years, there’s a possibility of positive change on the horizon.