If You Feel Sore After Yoga, CBD Could Help You Get Back on the Mat 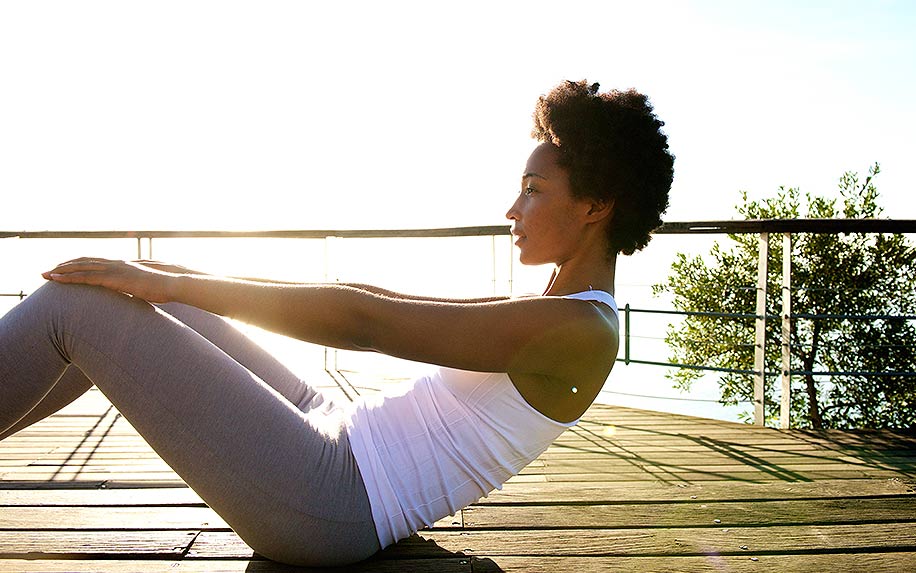 Is yoga causing you muscle pain? CBD could speed up recovery Image Credit: By mimagephotography on Shutterstock

Millions of Americans claim that yoga has helped them to reduce levels of stiffness and pain. But what happens when the situation is flipped, and yoga starts to cause problems instead of relieve them? That’s where CBD may be able to help.

In the West, the popularity of yoga has steadily increased over the past two decades — and so have yoga-related injuries. According to research published in the Orthopedic Journal of Sports Medicine, pain and injury from yoga led to 29,590 visits to hospital emergency rooms between 2001 and 2014. Almost half of these were due to sprains.

How can these types of injuries be avoided? Respecting your body’s limits and using proper technique is one obvious answer. But studies show that CBD could be highly effective, too.

Why CBD Can Help With Soreness

CBD — the cannabis derivative with no psychoactive effects whose skyrocketing popularity has been likened to the next gold rush — is a great natural remedy for everyday aches and pains, including those caused by yoga injuries. The reason why might sound a bit science-heavy, but once you get past the long words and similar-sounding acronyms, it’s actually quite simple.

CBD, like its more-famous relative THC, is what’s known as a cannabinoid — a naturally occurring compound in the cannabis plant. In the 1990s, researchers discovered that cannabinoids were similar to a set of chemicals that are produced in the human body, called endocannabinoids. In fact, they realized that not only did they have almost-identical chemical structures, they also had many of the same effects on the nervous system (and elsewhere).

Cannabinoids such as CBD work in tandem with these endocannabinoids to support the body’s internal regulation mechanism, known as the endocannabinoid system (ECS). This network of receptors monitors and controls many important bodily functions. When it’s working at it’s best, it can decrease pain and inflammation without the need for medications with harmful side effects.

By activating the cannabinoid receptors of the ECS, CBD can act as a potent anti-inflammatory. This makes it an excellent option for yoga practitioners, since practice-related injuries typically involve inflammation of the muscles and joints — sprains, in particular, often come with a lot of painful inflammation.

How to Use CBD Before and After Yoga Class

Some yoga schools around the country are now offering CBD yoga classes, where they provide CBD oil for their students to take before the session begins. This is a testament to the potential benefits of using it in harmony with your practice, but you don’t need to attend a specialized class like this to reap its rewards.

CBD products come in so many varieties these days that people who are looking to use it have a seemingly endless array of options at their fingertips. But with so much choice, even the most discerning yogi or yogini can start to feel overwhelmed.

To put your mind at ease, here are some of the best ways to harness the pain-relieving effects of CBD for your yoga practice:

Vaping CBD
The biggest advantages of vaping are: 1) it’s fast, and 2) it’s easy. You won’t be sacrificing quality for speed, either — not only will it help minimize your levels of pain, but it will also have lots of great benefits for your skin, your mood, and the amount of sleep you get (though not in the way you might think).

Vaping immediately before your class will help you to loosen up, relax, and reach for the sky (or floor) with confidence and ease. Vaping after a class will help to minimize any soreness or pain that you might be feeling and help the muscles and joints heal faster.

CBD Capsules
Taking a CBD capsule each day has a similar effect as vaping, though the results aren’t quite as immediate. One of the biggest advantages of taking capsules is the ability to calculate your dose with more precision — since each capsule theoretically contains the same amount of CBD, you can track your consumption more accurately and make adjustments depending on your needs.

Taking a CBD capsule an hour or so before you head to class will ensure that you’re relaxed and limber by the time you hit the mat. After class, you can take another capsule (or more, if you prefer) as a preventive measure against soreness.

Before you rush out to the store to buy some, a word of warning: read the ingredients carefully to ensure you’re actually getting CBD oil, not hemp seed oil. While the latter does have many health benefits, it won’t give you the same results as real CBD, despite the marketing claims.

CBD Topicals
First, a disclaimer: there’s little scientific evidence that CBD topicals actually work. Anecdotally, many people have reported that such products have worked wonders to relieve their pain and inflammation, but some scientists dispute the idea that creams or lotions applied to the skin can penetrate deeply enough to deal effectively with soreness or pain.

However, if you’re opposed to vaping and you’re not fond of anything that looks like a pill, topicals could be a good option for you. The main factor you’ll want to consider is its absorption time: i.e., how long will it take before your skin is no longer greasy or slippery. Lighter topicals are better for before class, while heavier ones should be saved for afterwards.

Aside from the fact that they might not work, there’s no real downside to using CBD topicals — so slather away and don’t worry about “overdosing” (CBD is non-toxic anyway).