How CBD May Benefit Triathletes 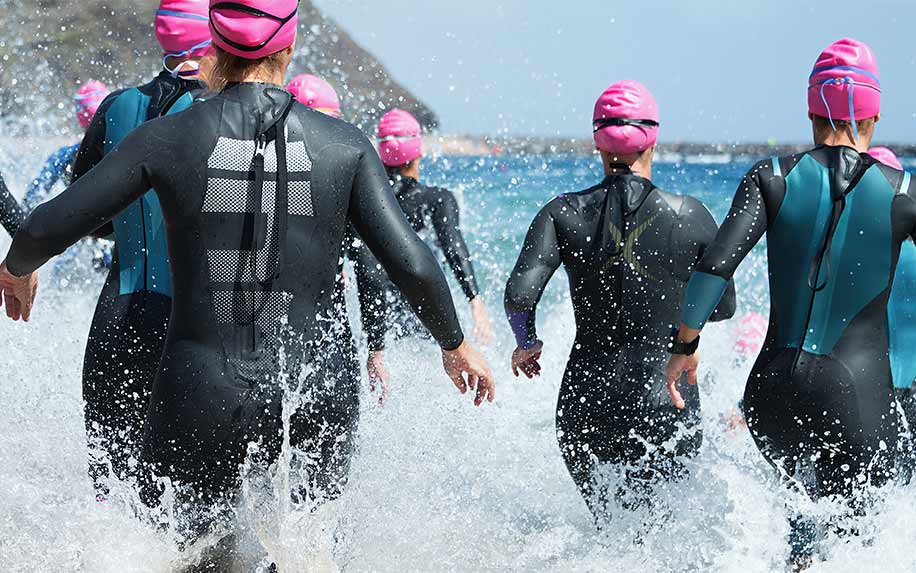 Triathletes have long been thought to be physically tougher and more able to handle pain than the rest of us. In fact, in a 2013 study on athletes and physical health, Israeli researchers found that “Triathletes appear to exhibit greater ability and/or motivation to endure pain in the experimental setup, and … also in everyday life.” However, the legalization of CBD — a non-intoxicating compound found naturally in cannabis — and its proliferation throughout competitive sports, may support triathletes more than anyone originally imagined.

Though the scientific research into CBD’s specific effects on athletes is scant, there is a wealth of anecdotal evidence from athletes all over the world who have experienced positive results from using CBD supplements. UFC fighter Nate Diaz, for instance, said in 2016 that his CBD vape pen helped contribute to his competitive success by expediting his healing process after fights.

Similarly, according to Runner’s World, a “growing number of athletes” are including CBD as part of their workout regimen, for its help with sore muscles, sleeping problems, and even mood issues like pre-race jitters — all which can contribute to finishing a race with a new personal record. In fact, it’s possible that CBD could not only help athletes compete more effectively, but more enjoyably as well: In 2015, German scientists found that the endocannabinoid system (ECS) — the same system that’s affected by taking CBD — may also contribute to the palpable uplift in mood felt after a workout, commonly known as “a runner’s high.”

The Potential Benefits of CBD for Triathletes

For triathletes specifically, CBD can be helpful for a number of issues by boosting the ECS — a network of receptors that controls many body functions like pain, inflammation, and sleep. Under normal circumstances the body is fairly good at achieving homeostasis, or cellular balance, on its own, but things like injury, disease, and extra-intense exercise can throw off this balance and make it hard to recover and compete at your best.

Since triathletes put great stress on nearly every part of their bodies — between running, swimming, and bicycling there’s not a single joint or muscle group that doesn’t get a workout — pain is a fact of life for many of them. As one female triathlete told Today, “When you’re doing a race, you’re neck and neck — it boils down to, who can endure the most pain.” Numerous studies suggest CBD could help effectively reduce pain with few or no side effects, and little risk of developing dependency. This is a major plus for triathletes, whose frequent need for pain relief can be problematic when using conventional medications.

CBD’s natural anti-inflammatory properties could also be a boon for triathletes. While inflammation is a normal reaction to physical exertion, it can severely impair mobility and flexibility if left untreated for extended periods of time, and traditional anti-inflammatory drugs come with a long list of side effects. Some scientists believe that long-term use of high doses of CBD could pose problems for the liver, but in general, its safety profile is much more favorable — part of the reason that the World Health Organization (WHO) recommended relaxing all international restrictions on its use.

There’s also the matter of sleep. The intense repetitive actions of a triathlon cause significant damage to muscle fibers, and sleep is when this damage is repaired. Although studies into CBD’s effects on sleep are still in their infancy, researchers believe it could help modulate the body’s sleep/wake cycle. This can help triathletes give their bodies a chance to heal and strengthen muscle tissue, making them stronger and faster for the next race (to say nothing of the positive impact on their mental health).

When it comes to using CBD, triathletes have a huge array of options. For sore muscles, topical creams can be an attractive choice as they are applied directly to the inflamed area, providing localized relief (though there are some questions about their efficacy). When fast-acting relief is needed, whether for pain or sleep or other reasons, vaping CBD could be best. And for those who want a precise dosage with a lung-friendly delivery method, CBD capsules are easy to find. Athlete-specific CBD companies have even begun to crop up. PurePower Botanicals, for one, makes post-workout CBD supplements, while DEFY, a company founded by former NFL star Terrell Davis, recently released a line of CBD-infused sports drinks.

But, what about passing competitive drug tests? CBD itself isn’t prohibited — the World Anti-Doping Agency removed it from its list of banned substances in 2018 — but keep in mind it can be hard to find (effective) pure CBD extracts devoid of trace amounts of THC that could potentially trigger a false positive test result. Because of this, most experts suggest using CBD out-of-competition and familiarizing oneself with how long it takes for THC to clear the body.