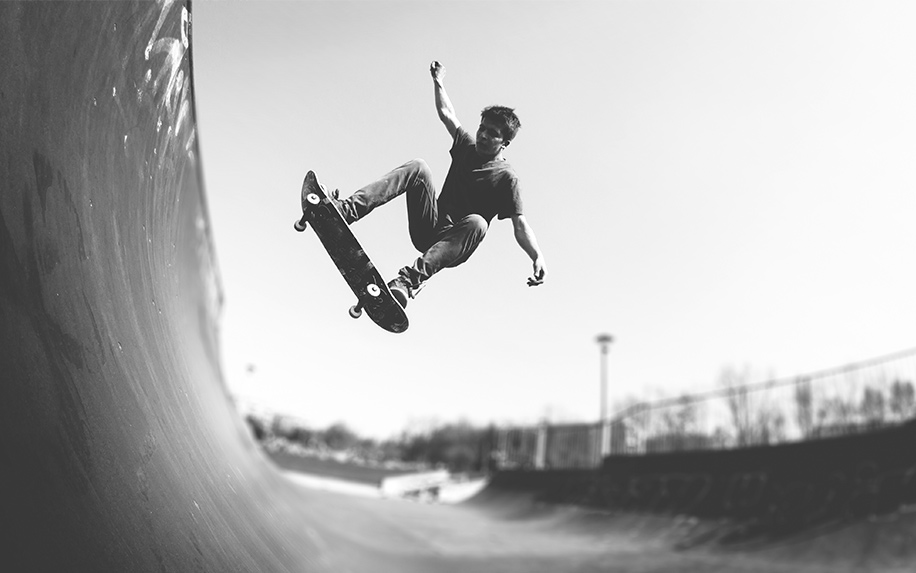 It’s no accident that some of the biggest names in skateboarding now feature CBD brands on their sponsor lists — cannabis has a long history with skateboarding, and a legal cannabinoid like CBD was always going to be a natural fit.

“The only things skaters have ever used for pain relief is Advil or Tylenol from CVS,” former pro skater Matt Miller told Merry Jane. “I think that’s part of the reason why cannabis is so accepted in skateboarding; we don’t typically use anything else to help recover from all of the pain we go through.”

Perhaps the most famous skater in the world, Tony Hawk, just entered a partnership with CBD brand Infused MFG to deliver a line of hemp-derived products. Another brand, cbdMD, has a whole suite of sponsored skaters competing at the next X Games, including future Olympian Zion Wright (CBD has been allowed in international competition since the World Anti-Doping Agency took the cannabinoid off its banned substances list in 2018).

That same year, Miller debuted his own brand geared toward skating’s high-intensity pace, a line of heavy-duty CBD oils, salves, transdermal patches, and edibles under the name Miller Healer. Their rub-on salve stick contains 1,000 mg of CBD throughout its one-ounce contents; each transdermal patch circulates 100 mg of CBD over its eight-hour life. Standard doses for non-skaters can be as low as 5 mg.

CBD isn’t just useful for injuries, but also for the mental aspect of the sport. For instance, Aaron “Jaws” Homoki uses his CBD sponsor Flower of Life’s products to calm himself before attempting one of the steep rooftop jumps or endless staircase grinds he’s made his name on.

“I have anxiety,” Miller told Merry Jane. “Everybody has anxiety. Everyone has moments of anxiety. So when it comes to our gummies, some people will try them with no knowledge about CBD or cannabis whatsoever, and often come back and say that they can’t even believe how it makes them feel.”

“It doesn’t get you high at all, it just calms you down. It’s a really unique feeling.”

Skaters are more prone to injuries than most people would like to imagine: An estimated 65,000 skaters a year make emergency room visits in the U.S., which is fully 1 percent of the 6.5 million skaters in the country. That’s a lot of aches, pains, and jangled nerves — which are all areas where CBD could potentially prove useful.

The first-ever remedy for heel bruises? The types of injuries that skaters pick up over the course of a session aren’t the usual ones catered to by the world of medicine. “Yesterday I was with Kyle Walker and he was using [Miller Healer’s CBD] patches on his heel bruise,” Miller told The Green Fund. “There’s really been nothing for heel bruises in the world of skating thus far, and that’s just one thing we deal with … I’ve had skate doctors rub my heels out for three weeks straight trying to get rid of my heel bruises and the result was just more pain.”

While there’s no scientific evidence to support the notion that CBD patches (or any form of CBD, for that matter) are more effective at healing heel bruises than conventional treatments, it’s a sufficiently niche concern that a bit of anecdotal evidence could go a long way in winning converts.

It can help with the pre-jump jitters. At the 2020 Tokyo Olympics, skateboarding will have its debut on international sports’ biggest stage. Miller said, “You gotta represent for the country and you can’t have a little bruise or pain or something weird take you out, you know? And [CBD is] great for anxiety. You just feel better, you get back to your homeostasis form and feel top notch.”

Here, there is some scientific evidence to support the glowing anecdotes. CBD’s effects on anxiety have been relatively well-studied (at least as far as cannabis research is concerned), with multiple studies finding that it helps relieve anxiety without causing intoxication or other side effects. It’s also one of the most popular reasons regular people use CBD — according to a recent Gallup poll, 20 percent of CBD users say the cannabinoid helps ease their anxiety.

It helps with recovery, especially for older skaters. “When you skate for a living, sometimes you have these eight-hour battles trying to land one trick, which can be so exhausting that you’re unable to skate the next day,” Miller said about his late-career struggles.

“I’m 34 now and at this age you really feel it,” he added. “I used to be able to just wake up and skate all day and now I can’t do that. Sometimes I’m so sore I can hardly move for two days after a skate session. That’s when I realized that I’ve got to do something.”

Aside from its general pain-relieving qualities, one of the biggest benefits CBD could bring to skaters in terms of recovery is its ability to promote sleep — the time during which the body conducts its most crucial repairs of muscles and other tissues. Studies have indicated that, by activating the CB2 receptors in the body’s endocannabinoid system, CBD could both prolong sleep and enhance its quality, giving aging skaters like Miller a better shot at waking up with enough oomph to finally land that one weird trick.