How CBD Can Boost Your Crossfit Workouts 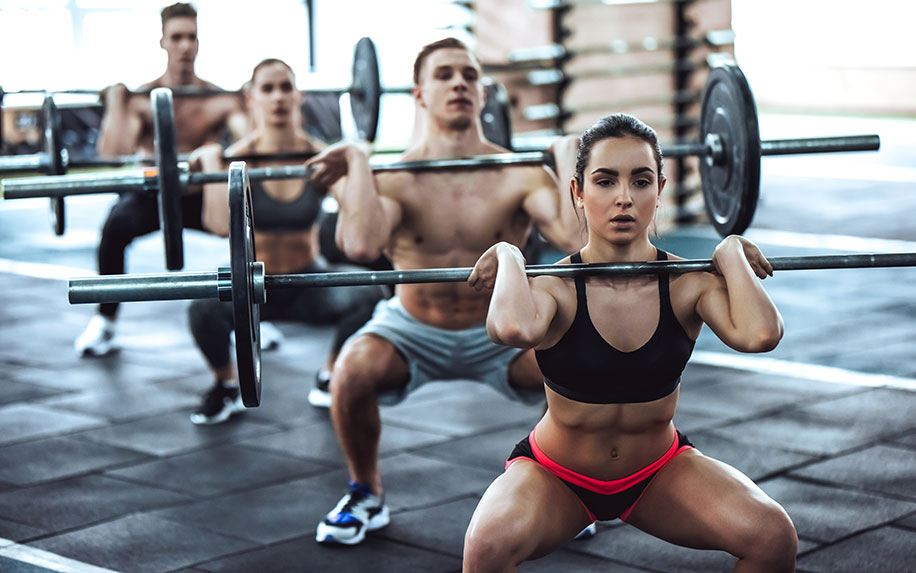 Crossfit workouts are intense and can cause harm if we're not careful. CBD may be able to help protect this. Image Credit: By 4 PM production on shutterstock

Although it may seem like another workout fad, CrossFit has been around for almost 20 years. It first appeared on the fitness scene in 2000, and has since developed a large and devoted following of exercise buffs — as well as a legion of critics. It’s no secret that in the past, CrossFit athletes have suffered from clearly avoidable injuries, in large part caused by the program’s “bigger, stronger, faster” ethos (and, critics say, a lack of emphasis on proper technique). However, when done right, CrossFit can be a fun and effective way to stay in shape — and CBD could help you get the most out of your routine.

CrossFit “games” are a combination of high-intensity training activities such as powerlifting, weight training, gymnastics, swimming, running, cycling, rowing, and many others. This approach aims at building strength and conditioning by varying as many challenging routines as possible. Each workout is different and doesn’t focus on one particular body part or muscle group, as you would normally do in a gym session. Rather, the goal of CrossFit is “total fitness,” i.e. preparing the body to excel at any athletic endeavor imaginable.

If this sounds like an intensely competitive way to get a workout, that’s because it is. CrossFit workouts require you to finish a workout in the fastest time possible. As a result, many people sacrifice form for the sake of speed — which can take a serious toll on their bodies.

Pulled muscles and aching joints aren’t the only potential risks associated with CrossFit. Research has shown that if you push yourself too hard, a CrossFit workout can put you at a higher risk of developing exertional rhabdomyolysis, in which extreme exercise causes the death of muscle fibers, whose contents are then released into the bloodstream, poisoning the kidneys. The reason CrossFit workouts are more susceptible to exertional rhabdomyolysis is because this type of exhausting activity is actually encouraged. If you don’t know when to stop — or if your coach is inexperienced and/or inattentive — you can cause yourself some serious harm.

This is not to discourage anyone from trying their hand at a CrossFit workout. There are many gyms that teach proper form and encourage people to push themselves to their limits without going over those limits. With the right coach and the right approach, a CrossFit gym can be a great place to get in shape while being surrounded by a supportive community.

How Does CBD Fit Into a CrossFit Workout?

Since CrossFit workouts can be mentally and physically exhausting, it’s vital to take care of your body before and after a session. This is where cannabidiol (CBD) comes in. A derivative of the cannabis sativa genus of plants (which includes both hemp and marijuana), CBD is a natural and non-psychoactive compound that has lately attracted great interest from the fitness community as a way to enhance workouts.

Here’s how CBD can help you get the most out of your CrossFit routine:

Regeneration
After a strenuous CrossFit workout, your body needs time to repair itself. Building muscle is one of the most common reasons for doing CrossFit, but few people realize that “building muscle” actually involves the ripping and tearing of muscle fibers, which are then repaired by the body cellular processes. However, this doesn’t happen while you’re working out — it happens while you sleep.

CBD can help you get better sleep, though probably not the way you’re thinking. While some CBD products that are high in myrcene — another naturally-occurring compound in the cannabis plant — have been shown to have a sedative effect (i.e. knocking you out before bedtime), most CBD products promote sleep in a different way: regulating the sleep-wake cycle. This means it prevents daytime sleepiness, which allows your body to naturally drift off to sleep at night. So in a sense, the benefits of CBD here are twofold — by keeping you from dozing off during your workout, it makes it easier for you to sleep through the night, giving your body time to rebuild all the muscles you’ve been beating up at CrossFit.

Pain Management
When it comes to managing pain, CBD can help … but not all CBD oils are created equal. If pain relief is a priority, you’ll want to choose a full spectrum CBD oil. In addition to CBD, these oils contain all the other cannabinoids naturally found in the cannabis sativa plant — including THC, though in such low doses (less than 0.3 percent) that it won’t cause any psychoactive effects.

What it will do, however, is unleash the entourage effect: a process by which the presence of THC (which has considerable pain-relieving qualities of its own) activates the pain-fighting properties of other cannabinoids like CBC. While THC often gets a bad rap in the media, its proven ability to reduce pain is a big reason why many people are trading their prescription pain medications for cannabis and its derivatives like CBD oil.

Anti-Inflammation
As unpleasant as it may be, it’s normal to experience inflammation after a workout. This is your immune system’s natural process for removing the remnants of dead cells, and repairing the ones that have suffered damage (which, as mentioned before, is an inevitable outcome of lifting weights or pushing tires around the floor).  However, too much inflammation can be a major problem for your body, causing slower recovery times or even additional injuries if it’s left untreated. The good news? If you experience occasional (or persistent) post-workout inflammation that is stubborn, then CBD can help to calm it down.

CBD is a natural anti-inflammatory, thanks to its ability to interact with the body’s endocannabinoid system (a network of receptors that controls a wide variety of functions, including immune response). It’s been proven to be effective in multiple studies for inflammatory conditions like arthritis — and best of all, it’s largely side-effect free, unlike traditional anti-inflammatory medications that can cause liver damage and heart disease.

The Final Verdict on CBD and CrossFit
We all need a little workout inspiration, and there’s no doubt that CrossFit will get you motivated (like it or not). Whether you’re doing 100 reps of kettlebell swings, 20 minutes of air squats, or a five mile run with 50-pound medicine balls under each arm, CrossFit can be a great way to discover the upper limits of your endurance and push yourself to new heights. Still, being fit means more than doing an insane number of reps or setting new wall ball records. It’s important to remember why you started going to the gym in the first place — to take better care of your body. And while challenging yourself is important, so is caring for yourself, and that’s why CBD could be the perfect pairing for your CrossFit routine.