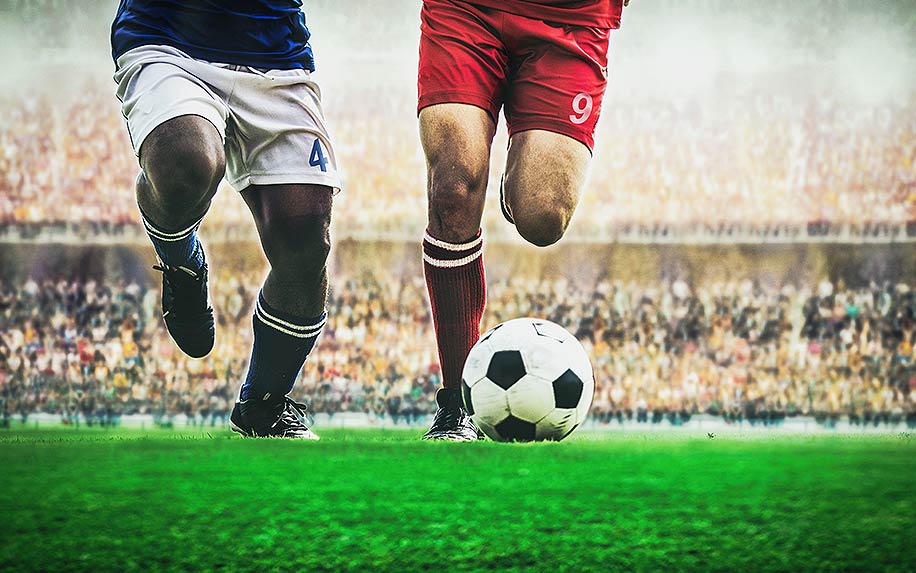 Following a pattern established by other retired athletes, ex-Wales international soccer player and Euro 2016 semi-finalist Simon Church went public with his CBD affinity upon the launch of a new business venture.

And like other ex-athletes in the CBD field, he seems to be a true believer. His sales pitch is grounded in the knowledge that the non-intoxicating cannabinoid could have helped extend the playing career he was forced to quit due to injury last year at the age of 29.

Thanks to a 2017 decision by the World Anti-Doping Agency (WADA), other soccer players suffering from injury will get the chance to see what CBD can do. As of January 1, 2018, CBD is no longer on WADA’s banned substances list — a decision that affects all FIFA athletes, including those who will play in the 2022 World Cup.

Church first started taking painkillers following an injury at age 22. “When you’re struggling as a player, you have niggles and it’s not enough to stop you training or playing completely, then you’re just told to take painkillers to get through it,” he told The Sun. “You do it because you don’t want to miss training, lose your place, or show that you’re weak.”

Then they began to take a heavier toll. “The lining of my stomach was being ruined and my body was in a bad way,” he said.

When the WADA decision came through, a friend recommended Church try CBD. And slowly, the ex-player triumphed over his painkiller addiction.

Church’s CBD use also represented a turning point in his recovery. “It was helping me recover, I didn’t feel the pain in the morning as much,” he told The Sun. “Would it have prolonged my career? Most definitely — I’ve gone natural and it’s made a massive difference to my life and general wellbeing.”

CBD’s anti-inflammatory and pain relief qualities helped, as did its effects on promoting sleep. “When I retired, I got told not to run, not to do anything,” Church said. “Yes, I’m not as active now but I’m able to sleep. I can relax and go to the gym — and I wouldn’t have been able to do that without CBD.”

How CBD Might Make the Beautiful Game a Little Easier

As the most popular sport in the world, soccer carries its share of pressure for players — which can translate into stress and the injuries that result when players push themselves too hard. In addition, the pace of the game is unrelenting, compounded by the frequent international tournaments that carry increased expectations and rigorous training and playing commitments of their own.

CBD is well-known for taming anxiety, both the self-imposed kind and the kind that arrives on the back of the cheers and jeers of thousands of fans. In a 2011 study published in the journal Neuropsychopharmacology, researchers found that CBD lowered anxiety induced by public speaking. Other studies have shown CBD could have beneficial effects on more generalized forms of anxiety, all of which are damaging to the cool-headedness needed to succeed on the biggest stages in the world.

As Church mentioned, CBD also has demonstrated effects on inflammation and pain. Topical CBD products are useful for specifically addressing problem spots, while the protein shakes, bath salts, and hydration drinks that Church’s start-up is putting into production may have benefits of their own (though the scientific evidence behind some of these products is shaky at best).

CBD’s pain relief and recovery benefits go beyond helping with normal wear-and-tear. Church told The Sun that it works for more intense sports too. “In America they use them religiously for boxing and UFC and I know a lot of rugby guys use them,” he said.

At the same time, he backs away from the rash claims that regulators have traditionally criticized — a sign that CBD may be ready for the compromises needed to infiltrate such big business as professional soccer. As of yet, no well-known active soccer players are flying the CBD flag, but Church believes that will change.

“We aren’t saying we can cure physical and mental health problems,” he told The Sun. “But there are enough benefits to prove it can significantly change your life.”