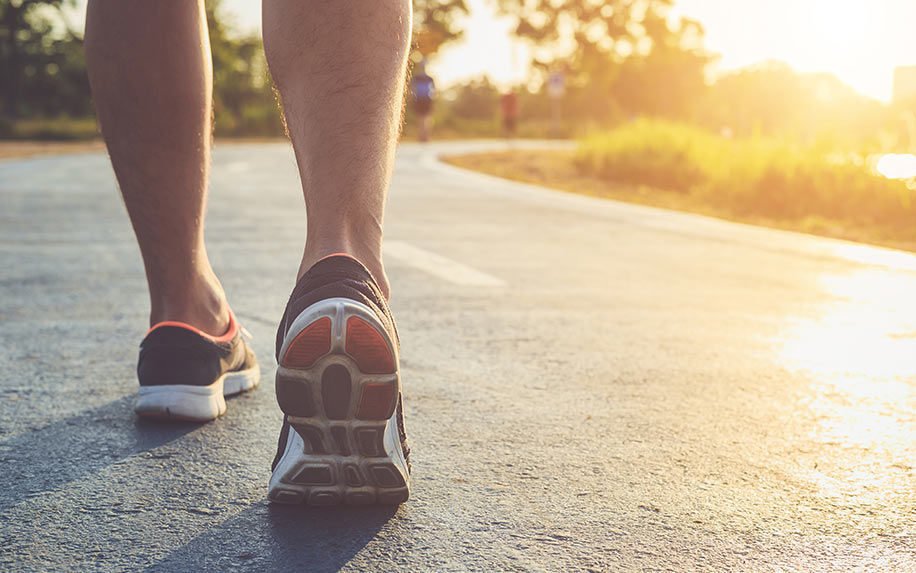 Were the characters from “Cheech and Chong” lazy and unmotivated because they were cannabis users, or were they cannabis users because they were lazy and unmotivated? Thanks to decades of movies and TV shows promoting stoner stereotypes, cannabis and laziness have become inextricably linked in the minds of many Americans. However, a new study from the University of Colorado may have just offered the most convincing rebuttal yet.

In a paper called “The New Runner’s High,” a team of researchers found that the overwhelming majority of cannabis users — more than 80 percent — “reported that [using cannabis] enhances their enjoyment of and recovery from exercise, and approximately half reported that it increases their motivation to exercise.”

It’s a stark contrast to the traditional image of a typical cannabis user. However, with cannabis-infused Crossfit classes and yoga retreats becoming increasingly common across the country (especially in states with legalized recreational cannabis), the stoner stereotypes of yesterday may finally be on the verge of extinction.

While cannabis derivatives like CBD are being embraced by the sports world, and penalties for positive cannabis tests have been greatly reduced by most professional leagues, the plant still remains a banned substance — for example, although the World Anti-Doping Agency (WADA) has taken CBD off its prohibited list, cannabis itself still remains. This isn’t solely due to prudishness; as it turns out, cannabis may actually be a performance-enhancing drug.

For example, while the famous “runner’s high” (a state of transcendent bliss during exercise in which athletes can reach peak performance) is often attributed to a surge of endorphins, a study from German researchers found that the real cause may be the activation of cannabinoid receptors in the brain. Since these receptors are triggered by cannabis, using it before (or even during) exercise could offer a shortcut to this elevated state.

While skeptics have a strong argument that cannabis’ side effects, such as impaired coordination and judgment, might negate this boost, it’s harder to dismiss the plant’s positive impact on motivation. In the University of Colorado study, 81.7 percent of subjects reported that they engaged in more minutes of aerobic and anaerobic exercise each week than non-cannabis users. While the researchers were careful to avoid making conclusive statements about cannabis’ ability to boost performance (in fact, they explicitly said that the results indicated it did not), they did suggest that “cannabis might actually serve as a benefit to exercise engagement,” since it seemed to help users overcome many of the common barriers to getting started.

Aside from pop culture icons like Snoop Dogg or The Dude from “Big Lebowski,” professional athletes are some of the most well-known cannabis users in the world — and they’re beginning to speak up about its benefits.

Some, like former NBA forward Matt Barnes, have said that the plant helped them on game day. “All of my best games, I was medicated,” the ex-Warrior told Bleacher Report. “It wasn’t every single game, but in 15 years, it was a lot.” He wasn’t the only one to speak openly about his love of pregame cannabis: former Dallas Cowboys defensive lineman Shaun Smith said he used to smoke before every game.

For other athletes, the main appeal of cannabis lies in its ability to speed up recovery without causing the harmful side effects of prescription painkillers and other pharmaceuticals. Former tight end Martellus Bennett, who played 10 seasons in the NFL, told Bleacher Report, “[There’s] times of the year where your body just hurts so bad that you don’t want to just be popping pills all the time. There’s a lot of these anti-inflammatories that you take for so long that, like, it starts to eat at your liver or kidneys and things like that.” He estimated that nearly 90 percent of the league used cannabis.

However, while cannabis and exercise may go better together than previously imagined, some athletes warn against getting carried away by the enthusiastic buzz. As ex-bodybuilder and six-time Mr. Olympia Dorian Yates told Joe Rogan, “If you’re smart, you use it when it’s the time to use it. there’s times when it’s appropriate and times when it’s not appropriate.”