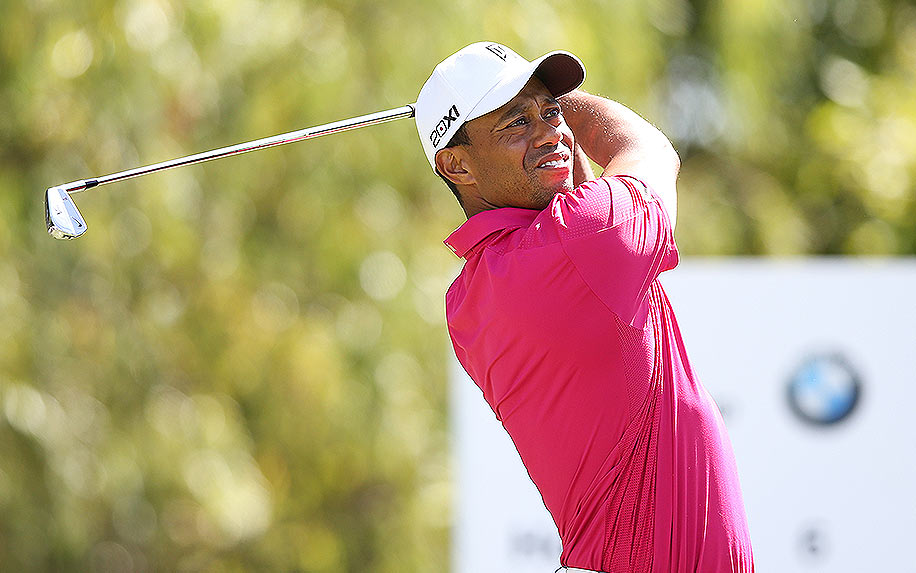 It was widely reported that Tiger Woods was chewing CBD gum during his recent Masters victory. Image Credit: By Debby Wong on shutterstock.

We know that athletes are turning to CBD in greater and greater numbers, so it should come as no surprise that golfers are the latest to embrace the trend. According to Golf Digest, the non-intoxicating cannabis derivative is “golf’s magic potion,” and interest in CBD among golfers has spiked dramatically in recent months — one poll of Midwestern golfers found that 81 percent of respondents were interested in trying it.

“We could post an image of a new 2020 Pro V1 [golf ball] and ask, ‘Are you interested in trying this?,’” said golf entrepreneur Jason Fryia, whose company Golf Exchange held the poll, ”and I’m not sure we would get 81 percent of people to say ‘Yes,’ and that’s the most universally loved golf product there is.”

And it’s not just amateurs who are embracing the use of CBD, either. The PGA Tour is among a growing number of sports leagues which allow competitors to use CBD, following a decision by the World Anti-Doping Agency to remove it from its list of banned substances. And as golf authorities loosen their restrictions on CBD, some of the top golfers in the world are giving it a try.

It was widely reported (though not confirmed) that Tiger Woods was chewing CBD gum during his recent victory at the 2019 Masters (his first win at Augusta in nearly 15 years). He’s not the only golf legend to be linked to CBD — Phil Mickelson was seen using a small dropper suspected to be a CBD oil tincture while on the course at this year’s Masters, while Bubba Watson recently signed a multi-year partnership deal with cbdMD, a company that makes infused gummies, topicals, and other products.

As CBD makes its way into the golf world, gum in particular appears to be a popular option. As Mickelson told the New York Times, “The chewing aspect stimulates the frontal cortex,” which aids concentration, while research has shown that it can also release stress. When CBD is added to the mix, the effects could be even more pronounced, whether due to the substance itself or just the placebo effect. In any case, entrepreneurs like Fryia are CBD believers — he plans to start selling CBD gum in his shops in the near future. At $10 for a pack of eight pieces, it’ll be as expensive as most CBD products, but, as he said, “It seems that it’s a product [golfers] are already buying.”

While CBD itself might not be enough to take three strokes off one’s handicap, combining it with some of the other products on this list might do the trick. 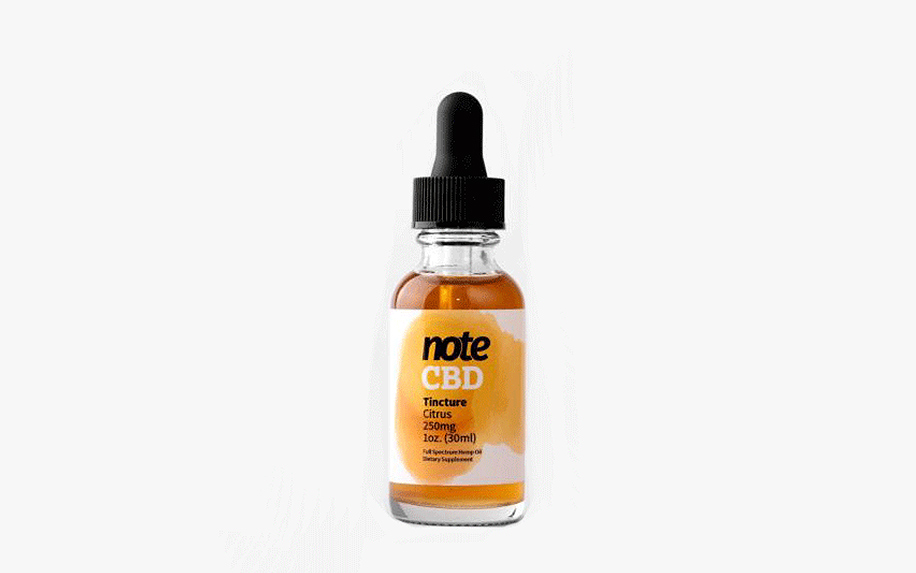 CBD Tincture from Note CBD ($75)
Made with full spectrum CBD oil (some consumers — and medical experts — report this as the most effective variety) tested by an independent third party laboratory, this sublingual tincture is available in three levels of potency —250 mg, 500 mg, and 1000 mg — and four different flavors. 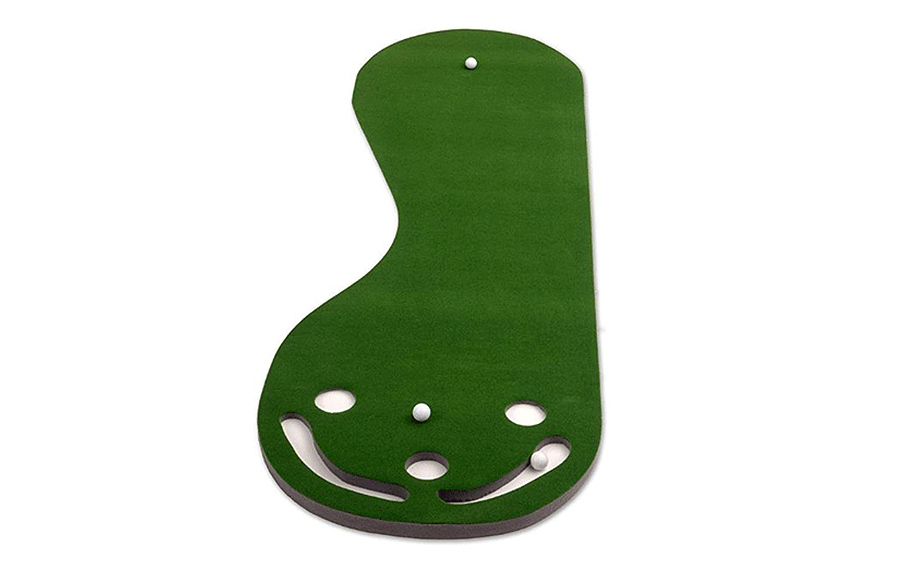 Par Three Putting Green from Putt-A-Bout ($38)
Small enough to fit in an office yet long enough to simulate tricky putts from distance, this American-made practice green has a non-slip underside and sand trap cutouts to prevent errant putts from rolling away. 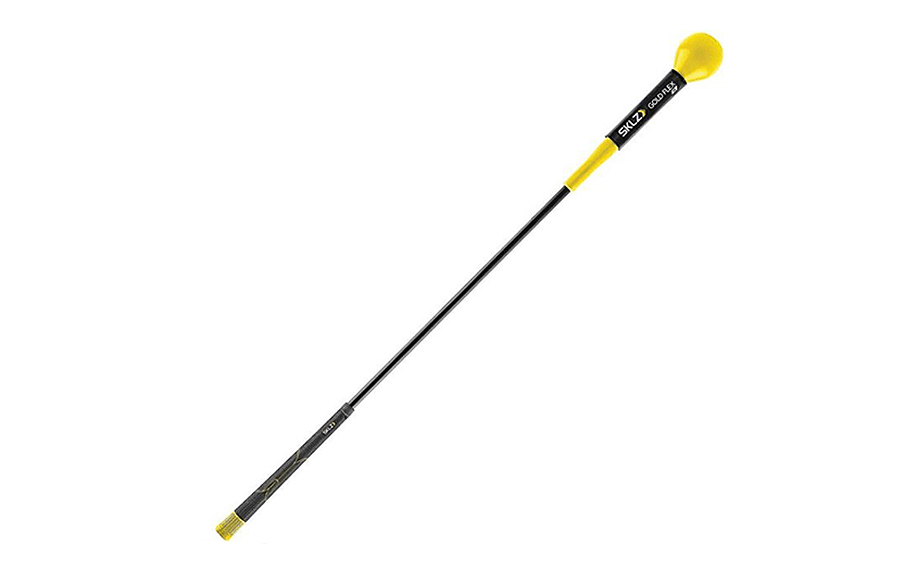 Golf Swing Trainer from SKLZ ($38)
Possibly one of the most popular golfer’s gadgets on the market, this training aid comes with a 2.5 lb weighted head and an extra-flexible shaft to help develop a swing with better form, power, and control. 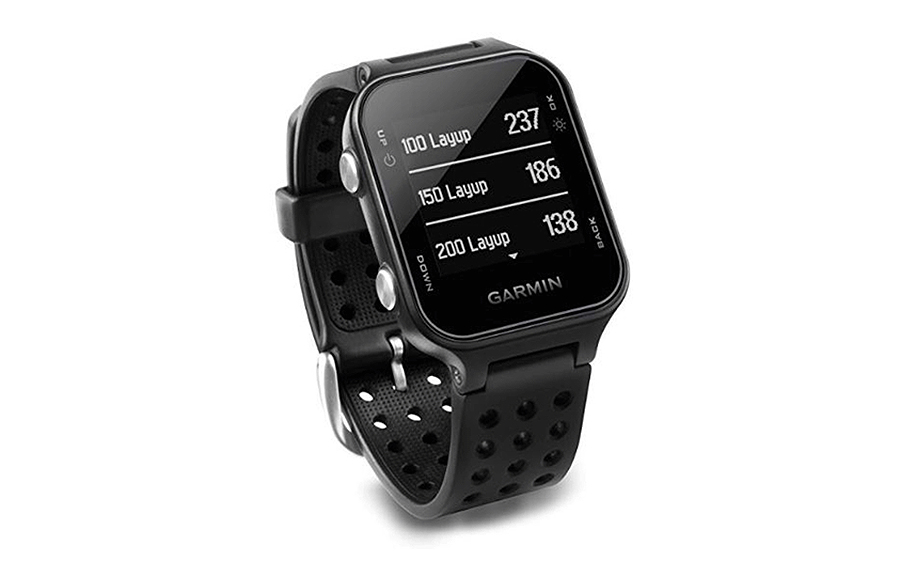 GPS Golf Watch with Step Tracking and Preloaded Courses from Garmin ($150)
This watch does much more than tell the time: it automatically records the distance of drives, tracks the biometrics of each swing, and also notes statistics like number of fairways hit and putts per round (along with fitness figures like steps walked or calories burned). 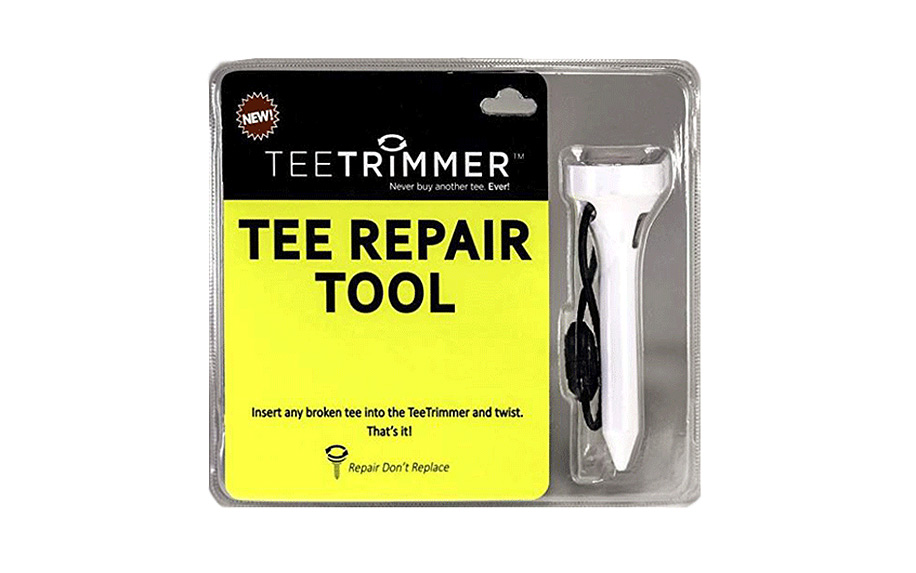 Tee Repair Tool from TeeTrimmer ($9)
A broken tee can take the fun out of a round, especially if it’s your last one, but this device can repair it in seconds, whether it’s wood, plastic, or composite. It removes as little of the damaged material as possible and sharpens the remainder, leaving you with a tee that’s (almost) as good as new. 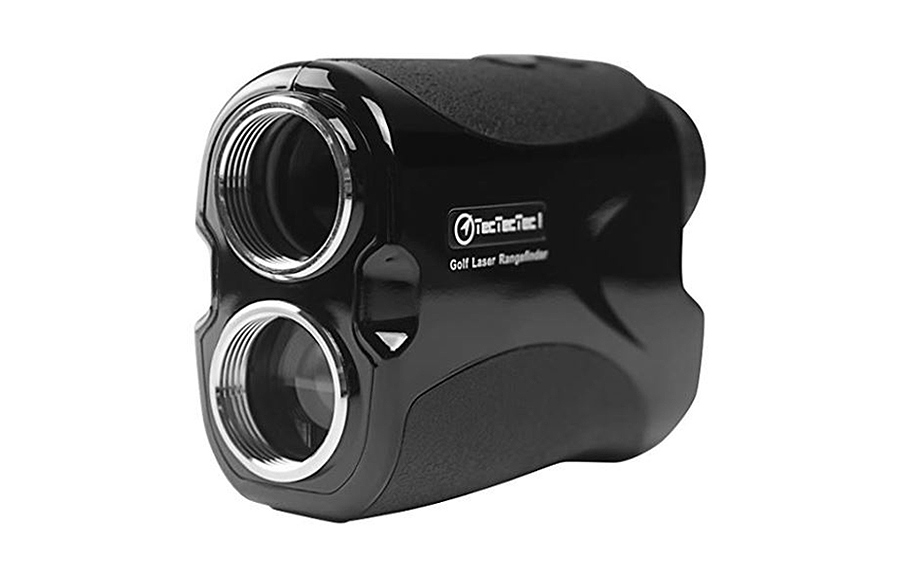 VPRO500 Golf Rangefinder from TecTecTec ($150)
Resistant to water and dust, this set of laser binoculars can scan up to 540 yards and accurately locate a pin within the radius of a single yard. It can also detect hazards and obstacles to help plan the ideal approach. 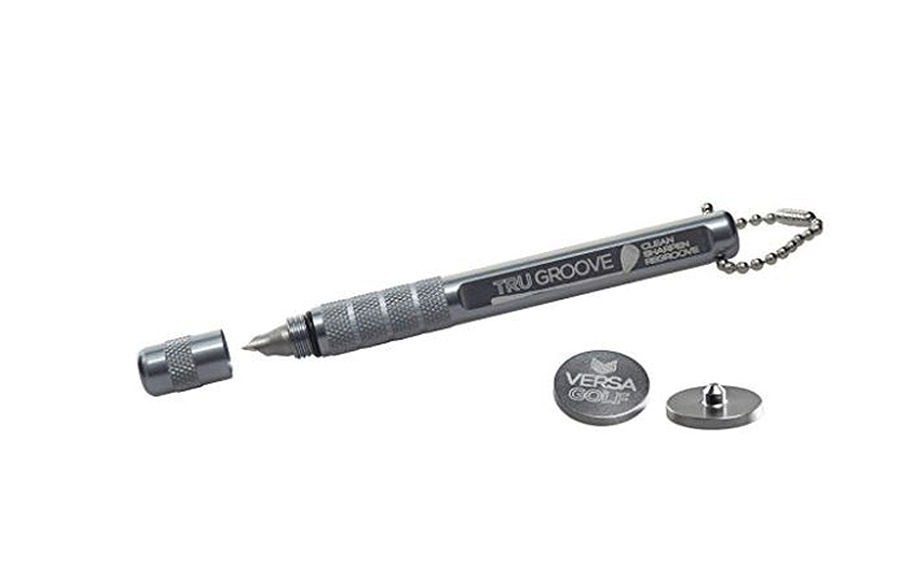 TruGroove Golf Club Groove Sharpener from VersaGolf ($13)
When the grooves of a wedge or iron get worn down, the club offers less accuracy and control. Made in the U.S.A. from aircraft-grade aluminum and hardened steel, this sharpener can help you get your groove back, at least when it comes to chipping.