CBD for Sports: Exploring the Legal and Health Ramifications 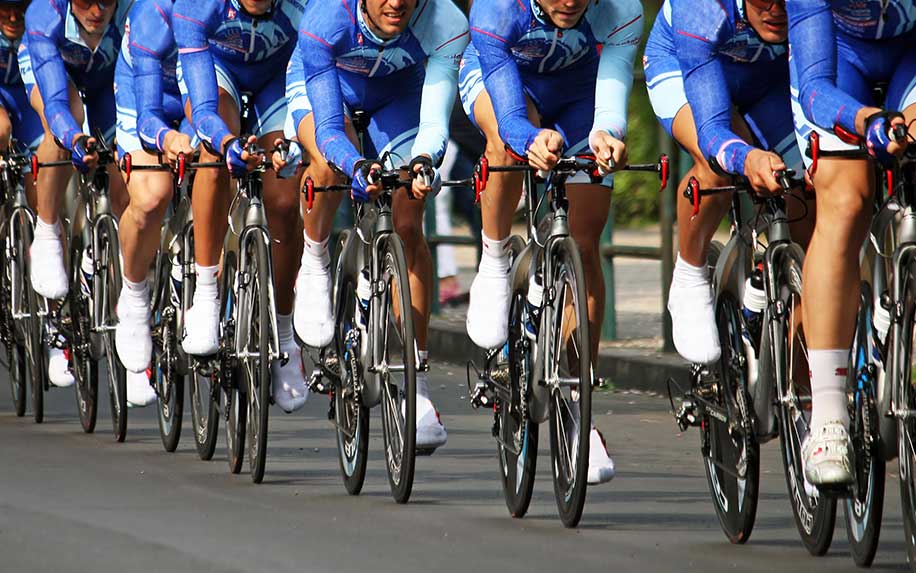 Nick Diaz is a UFC fighter from Stockton California who is open about his support for Cannabis & CBD use in sports. Especially MMA. Image Credit: By Morenovel on shutterstock

More and more, athletes are finding ways to get CBD oil into their workout routines. It’s in their protein powders, it’s in their weight loss supplements, it’s even become a mainstay in their CrossFit classes — these days, the potential uses of CBD can seem endless. However, depending on which sport they practice, it may not be great for all athletes. While CBD may be beneficial for a martial artist, for example, it might not work in the same way for a rock climber.

So where do we draw the line —  or rather, is there one to begin with? It all comes down to what your body needs and what you want it to do and if you compete in an amateur or professional sports league that bans the substance. For athletes, there are few easy answers when it comes to CBD.

Still, the potential health benefits of CBD for sports enthusiasts mean that finding those answers is worth the effort.

Is CBD Legal for All Sports?

Quite simply, yes — but only if your sport follows the World Anti-Doping Agency (WADA) regulations. As of 2018, the WADA officially removed its ban on cannabidiol (CBD), the latest development in the sports world’s evolving stance on cannabis. Across the world, this means that Olympians can safely take CBD products without the fear of it showing up on a drug test. Testing positive — in any competitive sport — is an extremely serious offense, as anyone who followed the Lance Armstrong saga can affirm. Athletes have been suspended and even banned from competition after having trace amounts of prohibited substances in their system. Thankfully, most sports organizations in the United States and elsewhere follow WADA policies — so CBD products are now fair game.

If your sport abides by WADA regulations, then great. However, there are sports organizations that don’t comply with this ruleset. It’s always worth enquiring about what’s legal — whether you’re at a beginner or professional level — and what specific policy your sport follows. Take the National Collegiate Athletic Association (NCAA) for example. CBD is not on their list of prohibited drugs, but their policy does state that any substance related to an illegal substance is also banned. Essentially, this means that since CBD is related to THC, it is also prohibited.

Many leagues like the UFC, NBA, and NFL have their own independent anti-doping programs too. In this case, it doesn’t matter what country you’re from or whether CBD is legal in your area. The only option is to play by their rules — and to extensively research before taking anything that might contain CBD.

For What Sports Is CBD Most Effective?

For sports that allow CBD, it seems to work quite well for a range of athletes. In fact, it’s being encouraged, as evidenced by the rise of cannabis fitness classes. Athletes are no strangers when it comes to facing pain and inflammation. CBD promises to help with both — studies have shown it’s a powerful anti-inflammatory, and it holds great potential for pain management. It’s no wonder that store shelves brimming with CBD supplements, protein shakes, and topically infused creams.

After a rigorous workout, it’s not uncommon to see athletes mumble and groan with aches and pains. Like a standard painkiller, CBD products are proving to reduce pain — but in a natural way. Here’s a list of benefits that CBD can offer to athletes:

While the study of cannabinoids like CBD is still in its early stages, the early results have been so promising that even Republican lawmakers are advocating for more research.

In many contact sports, an athlete encounters frequent (and heavy) blows to the head and/or body. As a result, it’s imperative to look after your general well-being in this line of sport. In particular, martial artists and football players go through this type of impact quite often — facing traumatic brain injury (TBI) later in life. To put things in context, imagine hitting your head against a wall each day for ten years or more. Eventually, there will be some sort of damage to the brain.

Football and MMA are notorious for their concussion rates — which is why retired athletes are speaking out more and more. Former NFL offensive lineman, Eugene Monroe, retired in 2016 and continually feels the pain he experienced throughout his career. He has spoken out about CBD being a safer method of treatment for pain relief — like many athletes, he believes trading prescription pain medications for medical cannabis derivatives like CBD could help prevent harmful side effects and the addiction issues that plague so many retired athletes.

When he retired, he tweeted a statement that read, “I will never stop pushing for the League to accept medical cannabis as a viable option for pain management. I will do everything I can to ensure the generations of NFL players after me won’t have to resort to harmful and addictive opioids as their only options for pain management.”

In 2016, UFC fighter Nate Diaz, spoke openly about his CBD use at a press conference following a fight against Conor McGregor. After absorbing dozens of blows to the head from the Irish brawler, Diaz puffed on a CBD vape pen while answering questions from the media. Said Diaz, “It helps with the healing process and inflammation, stuff like that so you want to get these for before and after the fights, training. It’ll make your life a better place.” Fortunately for Diaz, the UFC’s anti-doping agency removed CBD from the prohibited list soon afterward.

For athletes like Monroe and Diaz, the benefits of CBD go beyond relief from pain and inflammation. CBD is believed to have neuroprotective properties, meaning it can protect against the death of brain cells. This is vital for any contact sport, as it could help guard against conditions like chronic traumatic encephalopathy (CTE) — one of the most serious threats facing any athlete who competes in such sports. Should research confirm this, CBD could one day be integrated into preventative treatments.