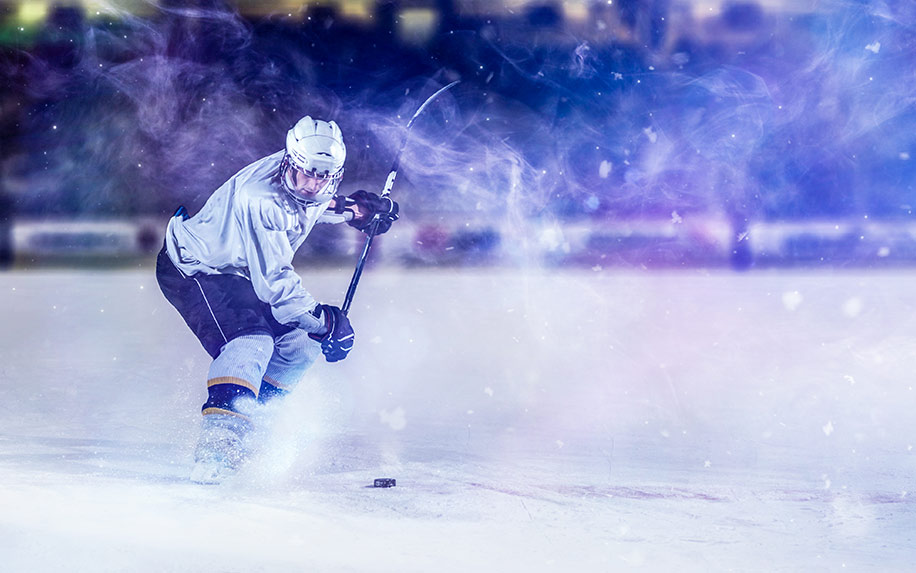 The founder of the Hemp Heals Foundation, former Philadelphia Flyer enforcer Riley Cote, told The Western Producer that he started using CBD oil in 2014 to “mitigate some of the long-term damage from getting punched in the face for eight years.”

At the end of his playing days, he recalled suffering from the anxiety that he now treats with CBD. “You can imagine going to bed at night, knowing you were going to fight Donald Brashear or George Laraque, or some of these [guys] floating around when I was still playing,” he said.

For players of the fast-paced, physical sport, CBD can be a literal lifesaver — at least by their own accounts. Another retired NHL enforcer, Ryan VandenBussche, told Men’s Health, “As a 14-year professional athlete that has had a dozen surgeries, many broken bones, and north of 20 concussions, [CBD is] better than the alternative. As athletes, we were given opiates by our team doctors. Looking back after years gone by, I’m surprised I’m still alive.”

As befits a game with spiritual roots in Canada (the first large, wealthy nation to legalize cannabis), the NHL was one of the first major sports leagues to signal a willingness to investigate the health benefits of CBD. Perhaps fearing the type of lawsuit brought against the NFL for its negligent approach to pain relief, the NHL Alumni Association has partnered with healthcare firm NEEKA and cannabis producer Canopy Growth on a CBD pilot study for 100 former players, as reported by CTV News. The study will examine CBD’s efficacy in dealing with pain and post-concussion symptoms such as anxiety, depression, and progressive dementia.

“We see a lot of athletes who have chronic pain and have other problems related to repetitive brain trauma,” as Dr. Charles Tator, a neurosurgeon and concussion expert, told CTV. “We are reasonably optimistic that cannabis and especially the CBD part of cannabis can relieve a lot of that suffering.”

Cote, who also runs a CBD producer called BodyChek Wellness, says that some NHL teams are already making the switch from opioids to CBD.

“We’ve gotten some products for teams. I’m not going to mention the teams, but full NHL teams,” Cote said. “If the players want it, the team will get it.”

When VICE asked Cote about his CBD hopes for hockey, he outlined a whole ecosystem for dealing with hockey’s physical and mental challenges. “I’m thinking about all these uses, different balms and salves, transdermal patches, sublinguals, suppositories, this whole array of sprays and serums that athletes will be using,” he said. “It’s the future of sports medicine, no matter which way you cut it, so how quickly are these teams gonna jump on? The players are already quietly doing it. They’re way ahead of the game.”

There are many reasons why:

CBD might help to stem painkiller addiction. As Cote told VICE, “Right now, the protocol is pump you full of pills and a couple of refills and you probably got a half-addicted player on your hands, if not a fully addicted one. The opposite is true if using cannabis and substances that don’t offer those potential risks of abuse and addiction.”

Although studies haven’t been as emphatic on this point — and some of the claims about CBD’s effectiveness are undeniably overblown — what Cote is talking about is a systemic shift in the approach to pain relief, one that would change treatment regimens to put fewer painkillers in athletes’ hands in the first place. And since the World Health Organization (WHO) has found that CBD has “no potential for abuse and no potential to produce dependence,” it certainly seems to have some advantages over the existing options.

It’s a proven neuroprotective. The only patent that the U.S. government has ever registered on any cannabinoids was for their neuroprotective qualities — which were intriguing even back when the patent was first filed in 1998. In 2013, Israeli researchers found that cannabis may prevent long-term brain injury when administered before or shortly after injury. As a result, CBD is now given as a first-line treatment to Israeli soldiers who suffer brain trauma.

The anxiety is real. Cote didn’t start playing hockey to get into fights, but he soon realized that it was the only way he’d make it in the league. “Mentally preparing to fight every night, whether I fought or not, it was the chronic anxiety,” he told The Producer.

One of CBD’s headline qualities is anxiety relief. Combined with its sleep-aiding qualities, it helped Cote get the rest he needed for recovery — a boost that he hopes will soon be available to his fellow puckheads.