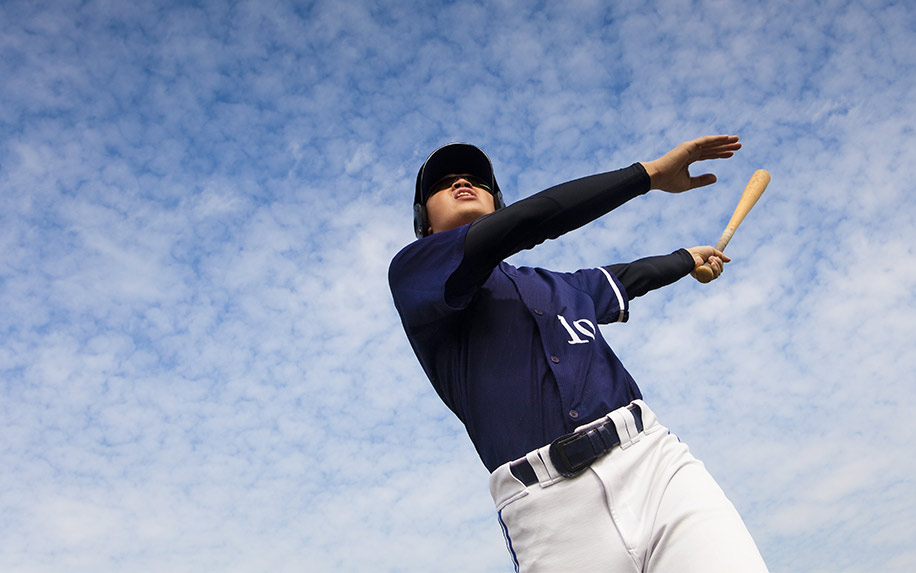 Many baseball players are replacing prescription medication with CBD to deal with pain. Image Credit: By Tom Wang on shutterstock.

David Wells is known for being a two-time World Series winner and one of only 23 pitchers ever to throw a perfect game in Major League Baseball’s 150-year history. He’s also a leading voice for CBD use among athletes — one who’s used the cannabinoid to overcome a painkiller addiction that spanned most of his professional career and the years after.

Now 13 years retired, Wells has incorporated CBD into an active lifestyle that includes golfing, hunting, and coaching high school baseball. He’s also been painkiller-free for over 6 years, after his intake of opioids grew through his 21-year baseball career and beyond. “I’d say probably from ’99 on, probably 75-80 percent of the time I was on it,” he told The Postgame.

Wells said that his painkiller regimen wasn’t too different from many other ballplayers. He took Percocets when recovering from injury, but also to deal with the day-to-day grind of baseball’s six-month season. He’d even take them recreationally.

He tried CBD at a point when he’d grown weary of the opioids’ after-effects — “I felt like crap,” he said — and used the cannabinoid to wean himself off of painkillers. Such addictions are common among baseball players, many of whom suffer the repetitive strain injuries that are also prevalent in the overall population.

“I wish I knew about it back when I played because I would’ve been all over it,” Wells said. “I would’ve taken those risks.”

If he would have adopted CBD while still playing, he would likely have been able to do so unimpeded. Major League Baseball has one of the most lenient policies in the sports world toward cannabis in general — focusing its drug policy on performance-enhancers — and no specific policy on CBD. Players are not administered random drug tests, but rather tested only in cases of reasonable cause. Even if a player exceeds the testing threshold on THC, he would be unlikely to warrant a suspension.

Though CBD seems like an ideal aid for baseball’s long, grueling season, few currently-active professionals have come out to endorse it. But thanks to advocates like Wells and Shane Victorino, a former outfielder and World Series champion who recently started his own CBD venture, this could be set to change in the near future.

CBD’s abilities to counter inflammation, pain, anxiety, and sleeplessness all play into its appeal for baseball players. Here are some of the issues it can help with:

Game-day jitters: Stage fright is a part of every sport — but it can be especially paralyzing for a starting pitcher like Wells, who would pitch every fifth game during a season. Relief pitchers, who will sometimes come in to face a single batter in tense, late-game situations, can have it even worse. Here, CBD’s potential to soothe anxiety could be especially useful.

It often takes pitchers (and the batters they face) some time to “settle down,” and CBD can help with the transition. CBD binds with 5-HT1a serotonin receptors on brain cells, helping to regulate mood and promote well-being. It can also increase gamma-aminobutyric acid (GABA), a neurotransmitter that produces a calming effect when amplified.

Pain and inflammation management: Pitchers are careful about their rest due to the overuse injuries common to the position, but most baseball players deal with assorted aches and pains over the long schedule. CBD helps to counter inflammation by binding to the body’s CB2 receptors, which interact with an immune system that could be set on permanent overdrive by the strain of the sport. For many, pain accompanies inflammation — topical gels are especially useful in addressing problem areas.

Speeding up recovery: CBD contributes to recovery through its anti-inflammatory effects most notably, but also through its mitigating effects on adrenal fatigue. The body’s adrenal glands are pushed to secrete hormones by stress and stimulation, and CBD relaxes this response, slowing down the body’s production of cortisol, adrenaline, and other steroid hormones released during activity.

CBD’s sleep-aiding effects are also important for one of the biggest parts of recovery — a good night’s rest.