Cannabis and Yoga: Do They Mix? 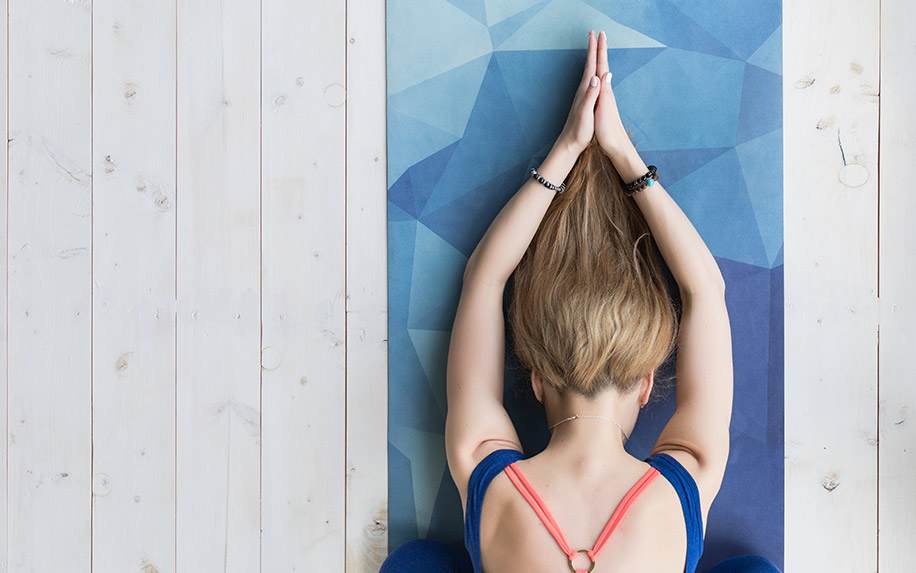 More cannabis and yoga advocates have been making themselves known while backing up their claims. Image Credit: By UvGroup on shutterstock

Cannabis and yoga: they’re not just for hippies anymore. In recent years, both have been embraced by mainstream culture — and many yoga studios have leapt at the opportunity to fuse the two together for a truly “mind-expanding experience.” But some people are wondering if cannabis use is really in keeping with the ancient teachings of yogic tradition, or if cannabis-infused yoga is just an ill-thought-out wellness fad.

In places where cannabis is now legal, yogis are combining their love for the tradition with their love for the plant. Cannabis yoga classes, in which teachers and students consume cannabis before starting their routine of stretches and poses (known as asanas), are not exactly a new phenomenon, as cannabis and yoga have both been longtime pastimes of a certain segment of the counterculture. However, as cannabis use becomes increasingly acceptable (and legal), this type of yoga is attracting a larger and more diverse clientele.

Its advocates claim that mixing yoga and cannabis is a time-honored practice with deep roots in Indian spiritual traditions. Darrin Zeer, the founder of a cannabis yoga retreat center in Colorado, told Yoga Journal that he was inspired to start his business after studying with Hindu ascetics who considered cannabis a sacred medicinal plant. “Cannabis, for me, is a medicine for the physical, emotional, and spiritual body,” he said. Indeed, there’s a lengthy history of cannabis and yoga being used together for spiritual purposes — the Vedas, a collection of ancient Sanskrit texts, make reference to yogis using cannabis to heighten their practice since as early as 2000 B.C.

The Science of Mixing Cannabis and Yoga

Advocates of cannabis yoga have an increasing wealth of scientific evidence to support their claims that cannabis and yoga work well together to support the health of both body and mind. As yoga classes have become more popular, yoga-related injuries have become more frequent — and as modern life becomes increasingly stressful, anxiety disorders are on the rise as well. According to recent research, cannabis could help with both.

Most yoga-related injuries are the result of poor technique, which is common for beginners or those attempting advanced poses for the first time. A misaligned knee or an overextended shoulder can cause inflammation or even serious pain, keeping would-be yogis off the mat for lengthy periods of time. Derivatives of cannabis have been shown to be effective at reducing inflammation, with the added bonus of being side effect-free. Studies have also indicated that cannabis can be an effective pain reliever, making it an attractive natural option for those who prefer to avoid conventional pharmaceuticals.

Anxiety is also a common concern of yoga practitioners, with many using the practice as a way to improve their mental health. However, while the mantra of “leave your worries at the door” may be a soothing one, it doesn’t work for everyone. Cannabis and its derivatives, on the other hand, have been proven to significantly reduce anxiety without causing major side effects. While it might not do wonders for your coordination or endurance, it could make it easier to make it through class — or even make it onto the yoga mat — in the first place.

There’s certainly no shortage of talking points for those who believe cannabis could be a helpful addition to one’s yoga practice. But the bigger question, at least in the eyes of skeptics, is: should it be?

The Skeptics Weigh In

Despite cannabis’ spiritual pedigree and scientifically-proven benefits, many teachers and practitioners are dubious about bringing cannabis into yoga studios. As Kat Heagberg wrote in Yoga International, “the presence of psychoactive herbs in spiritual and healing traditions is hardly an ancient thumbs-up for getting baked before your hatha class.” Other yogis and yoginis are worried that mixing cannabis and yoga could trivialize important spiritual teachings. According to yoga teacher and author Sandra Anderson, “It’s important to distinguish between recreational use of drugs and serious use of drugs, and the ritualized use for spiritual purposes is deadly serious and not recreational.”

When it comes to mixing cannabis and yoga, there’s also a group of adherents who prefer to follow a middle path. In her essay “How Much Better Is Yoga If You’re High?”, yoga teacher Danielle Simone Brand acknowledged the safety hazards posed by yoga when you’re altered  — it’s inadvisable to attempt a handstand, for example — while also encouraging people to go with the (yoga) flow and take a more nuanced view of its practice.

In her words, “As a yoga instructor, I don’t recommend pairing the two with every session—there is a true benefit to sober self-awareness, after all. But I do believe that yoga was borne of open-mindedness, and it’s not meant to become dogmatic, rigid, or intolerant. The way I see it, there’s plenty of room for exploration.”