Why the Backlash Against CBD Beauty Is Growing 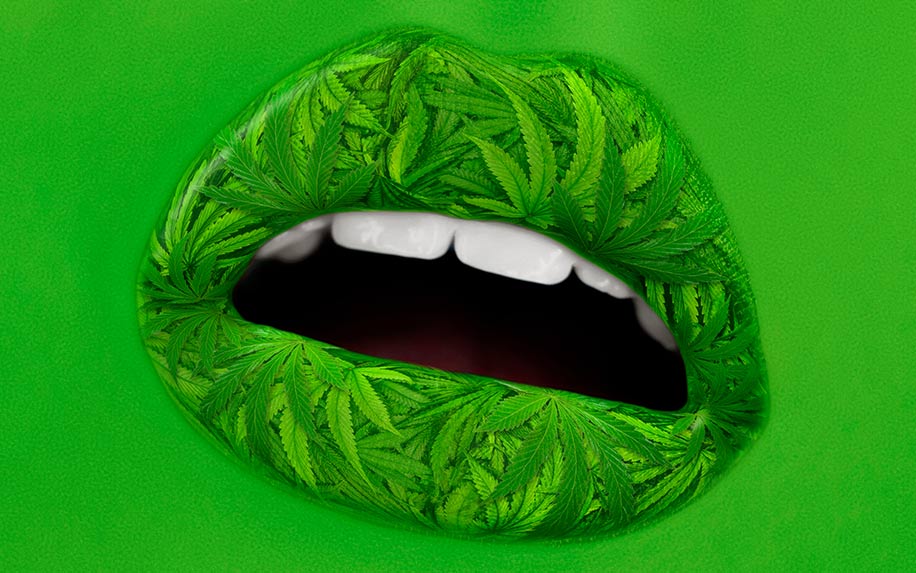 Doubts about the efficacy and value of CBD beauty products is growing. Image Credit: By Artem Avetisyan on shutterstock.

Early research shows that CBD has anti-inflammatory and anti-wrinkle properties, and delivers these benefits with few to no side effects. Because of this, it’s been touted as a treatment for everything from pimples to puffy eyes, and many experts believe it’s gentle enough to be used on the most sensitive skin. So, why not put it in a cream and slather your face with it, especially if you struggle with acne, eczema, psoriasis, or other skin issues?

Well, because it might not do much other than lighten your wallet, a realization that is starting to dawn on many skin care enthusiasts. In early July, SELF Magazine gave voice to these doubts when it ran an article titled, “Is There Literally Any Reason for CBD to Be in Your Skin-Care Products?” When writer Sarah Jacoby asked a number of skin care experts if CBD products were worth the money, the answer she got didn’t inspire much confidence. “[All the experts we spoke to] told us that while there probably isn’t much harm in continuing to use a CBD product you like, there are almost certainly more effective things out there,” she wrote.

A few weeks later, the blog of the Dollar Shave Club took a similarly critical view of CBD cosmetics: “Sadly, the only thing many of these so-called CBD-infused products are really infused with is BS.”

Some of this newfound negativity might be spurred by an oversaturated CBD beauty market. Today, there are a plethora of skin care products available from major brands like Kiehl’s and Milk, that include CBD in their formulas. And because hemp CBD was legalized under the 2018 Farm Bill, CBD skin care products can be legally sold in major beauty stores like Ulta and Sephora across the country. The trend has also attracted celebrity backers, including actresses Jennifer Aniston, Mandy Moore, and Olivia Wilde.

At the same time, doubts about these products’ efficacy and value is growing. One main reason is because the research base for CBD’s effects in general is relatively small and has been primarily conducted in animals surrounding issues with pain. For instance, while one of the most commonly cited studies on the anti-inflammatory benefits of CBD topicals did find them to be effective, this was for rats with arthritis, not humans with skin issues.

But just because CBD helped a few rats doesn’t mean the same effects will be necessarily seen in humans, and researchers still know very little about CBD’s effects on specific skin care problems.

CBD Products Aren’t Dangerous, But They Might Not Work

To be fair, there’s not a complete lack of relevant research. A notable example is a 2007 study published in the Journal of Dermatological Science that examined the impact of cannabinoids on human skin cells. When scientists applied isolated THC and CBD to these cells, the results suggested they played a role in inhibiting the overproduction of skin cells caused by psoriasis. This suggests that the cannabinoid receptors CB1 and CB2 — the receptors that enable cannabis’ therapeutic effects — may also play a role in psoriasis treatment.

But when researchers followed up their initial findings by zooming in on the CB1 and CB2 receptors, they found that the receptors’ initial inhibition of skin cell production may have only been circumstantial. Basically, they concluded that while cannabinoids may be helpful to some in the treatment of psoriasis, at the moment there’s no way to be sure why or how that happens.

Because the research on CBD — especially concerning specific skin issues — is limited and inconclusive, many dermatologists are reluctant to bill it as the cure-all many brands purport it to be. Consumers would be wise to be skeptical, too, especially because CBD products can be costly (Lord Jones’ CBD Body Lotion is $60, for instance) and their benefits may not be much more than comparable conventional products (Neutrogena’s Daily Moisturizer costs less than $10).

As Dr. Adam Friedman, professor of dermatology at George Washington University, told Elemental, “For all intents and purposes, the safety concerns for these CBD products is nil.” However, he was skeptical that most over-the-counter CBD skin care products contain enough of the key ingredient to fulfil their lofty promises. “The likelihood that those are going to do a whole lot is very low,” he said.

His skepticism was echoed by Raman Madan, professor of clinical dermatology at Hofstra University. “It even seems that some of the improvements people are seeing, for example with eczema, is because they are moisturizing—and the moisturizer just happens to have some form of CBD in it. A lot more needs to be done to make a definitive conclusion, but for now I wouldn’t look at it as a cure for anything,” he told VICE.

Experts also warn would-be consumers to carefully study CBD products’ labeling and ingredients, though sometimes even this isn’t enough to ensure you’re getting a winner. “Because it’s unregulated, the quality and purity of CBD products can vary substantially,” as Charles Crutchfield, a dermatology professor at the University of Minnesota, told VICE. “Research has shown that rarely does a CBD product actually contain the actual concentration of CBD that the label reports.” A testing report from a third-party laboratory is an encouraging sign of quality, but it’s still not a guarantee.

In other cases, brands intentionally mislead consumers about the contents of their “CBD products.” Dorian Morris, the founder of a CBD skin care line, is one of many industry insiders critical of this practice. “[Brands are] like, ‘Let’s look at all the CBD benefits and figure out which words we can use from a claim standpoint.’ They’re basically assuming that consumers are going to see ‘cannabis’ or ‘cannabis skincare’ and automatically assume it’s CBD,” she told Beauty Independent.

This means that sometimes a product will be made with things like hemp seed oil or “cannabis sativa seed oil” — another derivative of cannabis that can be cheaper and easier to source, though it doesn’t contain any cannabinoids — but will be marketed as containing CBD oil because people are willing to pay more for it.

Protect yourself by checking the ingredient list and doing your own consumer research on the company’s website. Look for their “certificate of analysis” and other third-party research that confirms the product contains what it says it does.