What to Expect From a CBD Facial 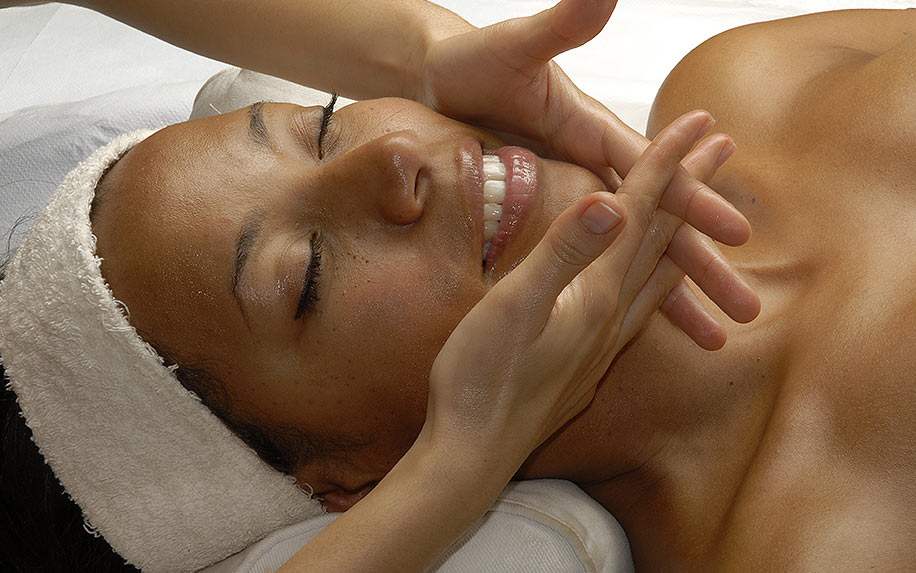 CBD facials can be relaxing, but they’re also extremely expensive. Image Credit: By gosphotodesign on shutterstock.

Hydrafacials, lymphatic drainage facials, brightening facials, microdermabrasion treatments: the range of facial treatments available in spas across America is longer and more complex than it’s ever been before. The latest trend to sweep the the beauty world? CBD facials. Glowingly reviewed in beauty institutions like Allure, they’re available in spas from coast to coast (both in states where cannabis is totally legal, like California, and where it’s still restricted, like New York). Like CBD oil itself, CBD facials have become a hot topic — and they’re also extremely expensive.

Cannabidiol (CBD), the non-intoxicating cannabis derivative that first rose to prominence due to its ability to reduce anxiety without causing the high commonly associated with the plant, is now ubiquitous in the beauty world. Added to everything from face masks to body moisturizers to mascara, it’s been promoted as the answer to almost every skin problem under the sun, from getting rid of pimples< to reducing the appearance of wrinkles — making it a logical addition to spas’ facial services. However, many of the claims surrounding CBD are tenuous at best.

“The claims about CBD’s therapeutic effects are widespread and used almost indiscriminately,” as Dr. Michalis Kyratsous, a London psychiatrist frustrated by the level of sensationalism surrounding CBD and its endless supposed uses, told Vogue. “Most of these uses are not supported by robust clinical data. There is a lot of scientific, pre-clinical evidence on the benefits of CBD, but this doesn’t justify the marketing claims, if they were to scrutinized at all.”

Dr. Kyratsous has a point — to give just one example, despite the claims that CBD could be used to treat eczema, no clinical trials have ever been conducted with humans. And even CBD beauty experts have admitted much of the hype is unjustified: in the words of one prominent executive, “It’s more desirable in the product, not through clinical definitions but consumer opinion.”

Either way, beauty spas in states like California, Nevada, and Oregon have decided that if CBD is what the people want, CBD is what they’ll get. Many have incorporated the ingredient into established and popular treatments to give them a CBD-infused edge, while others have devised brand new treatments that are centred around the oil and high-end, luxury products that contain it.

What Does a CBD Facial Involve?

CBD facials are as diverse as any other kind of spa treatment — they vary largely from spa to spa.

CBD hydrafacials — like those offered at the popular Resonance Holistic Spa in Marin, California — combine two of skincare’s biggest trends for a treatment that is widely hailed as the best treatment for combination or “normal” skin. Hydrafacials use a medical-grade hydradermabraison device that cleanses, exfoliates, and then infuses the skin with a serum. It’s become more popular than Botox, making it the most popular facial treatment in the country, according to Allure. And a CBD hydrafacial? You guessed it. It’s the same technique, the same device, but with a CBD-infused serum. However, there’s another important difference: the price. At Resonance, for example, a 30-minute session can cost up to $200. CBD hydrafacials are also a bit tricky to find at the moment, though it wouldn’t be surprising if this changes in the near future.

CBD relaxation facials are a more widely available option, since they don’t require specialized equipment. Offered at spas from coast to coast like Nature’s Root in Colorado (which claims to be the “world’s first hemp spa”) and the Ildi Pekar Wellness Studio in New York, these facials have become popular thanks to the belief that CBD can help to reduce anxiety levels (it can, but probably not in the quantities present in CBD beauty products, though the placebo effect is a powerful one). They involve mood-lifting massage techniques as technicians work CBD oils into the skin.

“I see what CBD does for the skin, the mind, and the body,” Pekar, celebrity facialist and skin guru to the stars, told Well and Good. “You’re going to see that it clears your mind as well as your face.” However, it might also clear your wallet, because despite their relative simplicity, CBD relaxation facials are still incredibly pricey — Pekar’s CBD Vibe Facial costs an anxiety-inducing $400 for one hour.

If you’re set on a CBD facial but don’t want to spend hundreds of dollars, you might want to consider going the DIY route. Many of the same products used in spas, from CBD face oils to anti-wrinkle creams, are available to the general public, and while they still tend to be more expensive than their conventional counterparts, at least you can use them more than once.