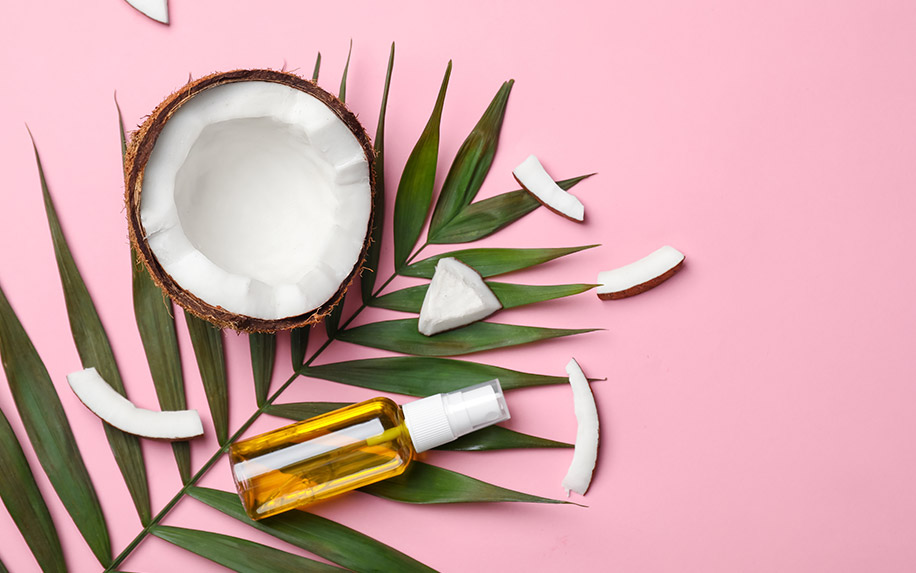 When it comes to selecting the perfect CBD product for our health needs, palettes, and personal preferences, we almost have too much choice. How to choose between vapes and patches, bath bombs, tinctures, and pills? Some delivery systems are just objectively better, though, and CBD and coconut oil is a tough one to beat. If you’re looking for a high-quality CBD tincture, it should be made with coconut oil, and there’s solid scientific evidence to show why.

CBD and coconut oil are two health sensations that have been on opposite trajectories in recent years. While CBD use continues to rise, with some analysts predicting 25 million Americans could be using it by 2025, coconut oil seems to have fallen out of favor. Sales have plummeted so far that the Washington Post ran an article titled “The Sudden Collapse of Coconut Oil, 2015’s Favorite Superfood,” with one expert warning, “Products like coconut oil, which consumers don’t quite understand or trust when it comes to health credentials, are inevitably going to suffer in a ‘facts-first’ world, at least until their health benefits are unequivocally proven.”

This might sound eerily similar to the case of CBD, which now enjoys the same trendy status in the health and wellness world. However, while some of the more outlandish claims about its miraculous healing powers are yet to be proven, there is a significant body of research that indicates its ability to reduce inflammation, relieve pain, kill toenail fungus, and soothe anxiety (among other things) is legitimate — and that coconut oil might have a crucial role to play, especially when CBD is delivered in the form of tinctures.

Why Do CBD Tinctures Need a Carrier At All?

If you’ve purchased a CBD tincture, there’s probably a good reason. Maybe you’re struggling with flight anxiety and you’ve heard it could help you relax on the plane. Perhaps you’ve got a chronic inflammatory condition like arthritis and you’re looking for something to relieve your aching joints. Or it could be because you have a skin condition that’s been flaring up again and nothing else seems to work.

No matter what your reason, if you’ve parted with your hard-earned cash to buy a tincture, you’ll want to make sure that your body processes it fully for the best results. And a carrier oil (also called a “base oil”) makes this much more likely.

Certain methods of CBD use, such as transdermal skin patches and sublingual drops, deliver the oil directly to the bloodstream, where it’s transported throughout the body for fast results. Others, such as tinctures and edibles, take a little longer to work, since the oil has to be broken down in the digestive tract and then passed through the intestinal wall for full absorption.

Some substances are more difficult to break down than others, but even in these cases the right carrier oil can make this process much easier. According to a study from British-Canadian researchers, CBD is absorbed up to three times more efficiently when used alongside a good carrier oil, and coconut oil has all the characteristics to make it a perfect fit.

Why Coconut Oil Is Perfect for CBD Oil Tinctures

As you might remember from your high school biology classes, there are three main types of fats: saturated, unsaturated, and polyunsaturated fats. Coconut oil is unique because of its remarkably high levels of saturated fat — around 90 percent (for comparison, pure lard contains about 40 percent).

The type of saturated fat it contains is important, too. Although saturated fats in general have a bad reputation, some are better than others. Medium chain triglycerides (MCTs) like the ones found in coconut oil are the “good” kind, since unlike their long chain counterparts (LCTS) they don’t stick as easily to the walls of your arteries. Coconut oil might not be quite as healthy as its former devotees once claimed, but in small quantities, it doesn’t pose much of a risk.

In fact, when it comes to tinctures, the skyhigh MCT content of coconut oil makes it the ideal delivery mechanism for CBD.

That’s because CBD is a fat-soluble oil, which means it dissolves in oils rather than in water. Theoretically, it can work when mixed with any oil, such as olive oil. But most tinctures use coconut oil instead, since as the British-Canadian study found, CBD becomes much more bioavailable (i.e. converted into a form that your body can use) when large amounts of lipids are present.

For this reason, the researchers suggested that eating a meal high in fats — or simply taking a high-fat capsule — could significantly increase the amount of CBD that’s absorbed. While the study didn’t specifically examine the effects of adding coconut oil to CBD tinctures, the same principles are likely to apply.