Terpenes Could Be the Next Big Cannabis Skin Care Trend 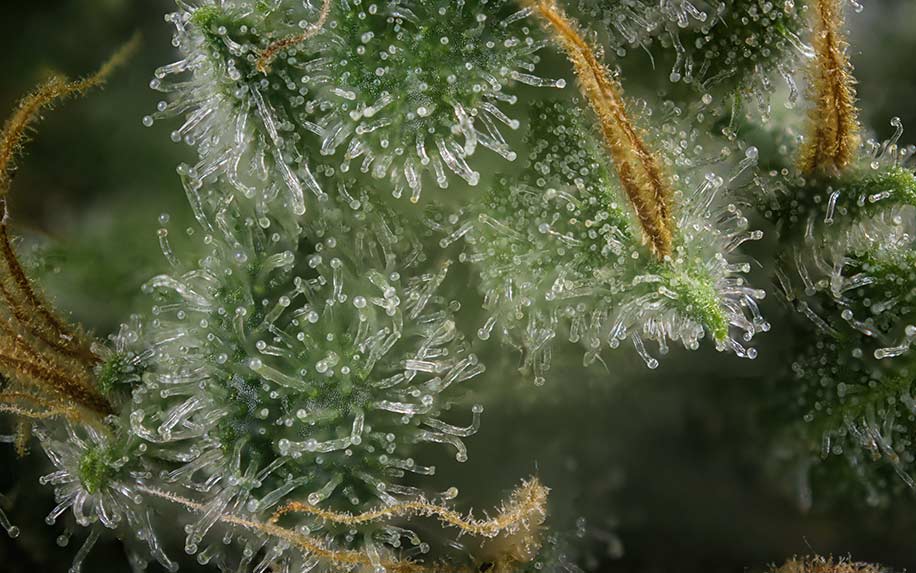 Cannabis beauty has become a global phenomenon largely thanks to the cannabinoid CBD, a natural chemical that is now found in a staggering number of skin care products. However, it’s not the only cannabis compound to pique the curiosity of beauty enthusiasts — these days, many are wondering if terpenes might offer the next big breakthrough. As a recent Forbes article suggested, “CBD may be all the rage, but cannabis terpenes are about to hit it big.”

Found in many plants aside from cannabis, terpenes are fragrant oils that have been used for centuries in folk remedies. In cannabis, they give individual strains their unique aromatic profiles, and can work synergistically with the plant’s cannabinoids to bolster its therapeutic potential.

Along with its particular smell, each terpene may also comes with specific health benefits. Limonene, for instance, is a citrusy terpene that’s believed to relieve stress and elevate one’s mood — as its name would suggest, it’s commonly found in fruits like lemons, along with cannabis strains such as Lemon G. Linalool, on the other hand, is known for its fresh, floral aroma (it’s the primary terpene in lavender, as well as the eponymous cannabis strain) and its potential for everything from cancer treatments to weight loss.

These terpenes, and many others, also show great promise in the field of skin care. Although research into their effects is scanty — at best — many niche skin care brands like Hydro Kitty and Bodhi High have already begun incorporating them into their products, and bigger brands might be soon to follow.

Which Cannabis Terpenes Have the Most Skin Care Potential?

Terpene skin care first rose to national prominence when Kim Kardashian and Kanye West teamed up with a brand called True Terpenes to offer their guests a special surprise at their most recent baby shower — which came in the form of a terpene-infused tea, though much of the ensuing media attention focused on the company’s infused lotions and makeup products.

These products, which contain isolated terpenes, are a bit of an outlier in the beauty world. Most infused creams, serums, and other products contain cannabinoids as well as terpenes, since this is believed to create synergistic effects that make the product more potent (a phenomenon known as “the entourage effect”). Still, terpenes have a lot to offer on their own, and a handful of them are particularly appealing to beauty brands.

Myrcene is one of the most bountiful terpenes in cannabis, and it’s also one of the most intriguing when it comes to skin care applications. Known primarily for its sedative properties (and, according to anecdotal reports, its ability to drastically increase the effects of THC when combined with mango), in recent years it has attracted attention for its analgesic and antimutagenic potential — meaning it could prevent the kind of cell mutation often seen after overexposure to UV rays, and relieve the pain associated with it. For this reason, it holds great potential for use in cannabis sunscreens and other SPF products … and as any beauty expert will tell you, preventing sun damage is essential for healthy, youthful-looking skin.

Other terpenes, like alpha-caryophyllene and pinene, show promise for treating skin conditions like severe eczema and psoriasis. This is because they have antibacterial and anti-inflammatory properties — a 2017 study from Chinese researchers found it could help modulate the immune system’s responses and prevent the harsh reactions (usually manifested in the form of redness, swelling, and/or overproduction of skin cells) common to these conditions.

In some skin care products, terpenes are valued as much for their fragrances as their medicinal benefits — as is the case with eucalyptol, whose minty scent is instantly recognizable (and rumored to boost mental clarity as well). In others, terpenes like terpinolene — which is also found in rosemary — are included for their anti-anxiety effects, though there’s little research to indicate they’re present in great enough quantities to really do anything.

Despite the growing interest in terpenes, figuring out exactly which ones are present in a given product can be tricky. At the moment, there are no regulations for marketing and labeling terpene-rich skin care products, so many labels and online product pages fail to specify which terpenes a certain face mask or hair serum might contain.

So, if your heart’s set on the calming effects of linalool, for instance, it may be necessary to go to the company’s website and look at their products’ third-party lab reports to see if there’s any mention of their terpene content.

One more suggestion: Because you never know how you will react to a new skin care product (and terpenes have been known to cause skin irritations in some people with highly sensitive skin), it’s advisable to test a new terpene-infused cream or serum on a small patch of skin before rubbing it all over your face. This will help prevent embarrassing rashes and other allergic reactions, and give you a low-stakes way to see if terpene skin care products are right for you.