Skin Fungus Can Be Cured With Cannabis (Really) 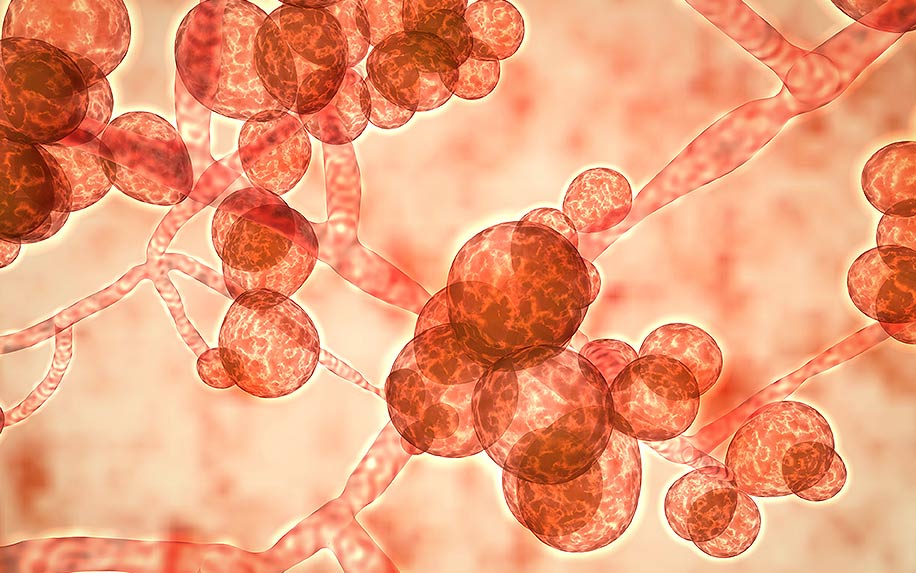 Fungus is a common problem — luckily, cannabis can help. Image Credit: By Kateryna Kon on Shutterstock

Skin fungus isn’t something anyone wants to think about, until it happens to them. Suddenly, you’re looking for the best possible treatment for your condition — but determining what exactly that might entail is often easier said than done. Home remedies abound, and there’s no shortage of creams, lotions, and sprays that promise to deliver results, but recent science suggests there might be a better solution: cannabis.

Of course, the best way to treat skin fungus is to not get it in the first place. Preventing it can be as simple as taking small measures in your everyday life. This might mean wearing flip flops while walking around the locker room, taking extra showers during hot, clammy weather, or just paying a little more attention to your general hygiene on a daily basis.

Fungus loves nothing more than a warm, moist environment, so ensuring that the skin on all areas of the body is clean and dry should be your main goal. This will go a long way towards keeping common fungal infections like athlete’s foot, cutaneous candidiasis, and the poetically named “jock itch” at arm’s length. But what happens when you’ve got a fungal skin condition already?

You’ll definitely want to get it treated as quickly as possible, as fungal infections are highly contagious and can lead to some severe problems down the line. On the bright side, there’s a new, side effect-free solution, and it comes from the cannabis plant.

Cannabis plants contain a set of chemicals known as cannabinoids, of which the two best known are CBD (cannabidiol) and THC (tetrahydrocannabinol). These chemicals are almost identical to those produced in the endocannabinoid system (ECS) of the human body, a network of receptors that controls important functions like mood, sleep, and skin health. Because they are so similar, the cannabinoids in cannabis can have the same effect on the ECS and support it as it fulfills its role as the body’s internal regulator.

There are over a hundred of these cannabinoids in every cannabis plant, but two in particular can have a big impact on skin fungus: cannabichromene (CBC) and cannabigerol (CBG), both of which are non-intoxicating and won’t cause any kind of high.

While CBC and CBG haven’t been studied as extensively as their more-famous counterparts, researchers are starting to examine them in greater detail, and they’ve discovered that these cannabinoids could be just as useful for medical purposes. Studies have shown that both have potent antifungal properties and are effective at treating even the most stubborn fungi.

Here’s more good news: researchers haven’t recorded any significant side effects as a result of CBC and CBG use, meaning that it’s safe enough to use on sensitive skin, which unfortunately can’t be said for all of the topical antifungal products available in drug stores right now.

How Should You Use CBC and CBG For Skin Fungus?

Fungal skin conditions can be treated with CBC and CBG in a number of different ways, but the most effective is to use an organic cannabis oil topical on the infected area. You can also use these products to treat fungal nail infections, too — for the best results, you’ll want to choose a full spectrum oil.

Full spectrum cannabis oil contains not just CBC and CBG, but also other cannabinoids like CBD that have been proven to have a wide range of health benefits. Studies show that these cannabinoids work best in conjunction with each other (a phenomenon known as the “entourage effect”) so a full spectrum product will likely produce the best results. Opting for an organic product means that your topical will be pesticide-free and gentler on the sensitive skin.

Be warned though — you should never apply a topical product to vaginal yeast infections unless explicitly told to do so by a doctor, as the tissue around the vagina is much more sensitive than normal skin, which could lead to unforeseen reactions with products that are perfectly safe to use elsewhere.