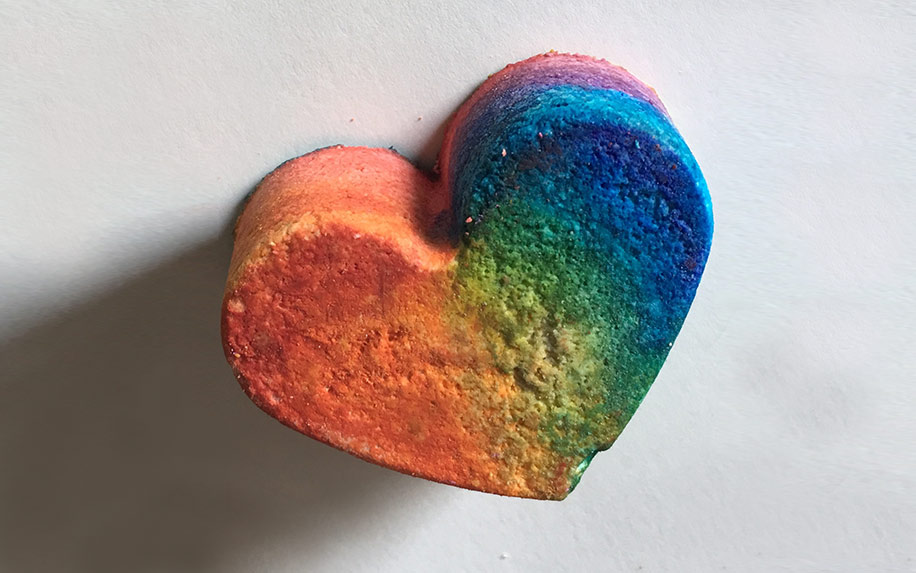 It’s Pride Month again, which means it’s time for corporations to profess their support for the LGBTQ cause and unveil their rainbow-colored offerings. This year, the CBD brand Kush Queens has joined the festivities with “The Pride Collection,” an assortment of infused wellness products.

The link between legal cannabis and the LGBTQ community might not be obvious to everyone, but the two movements have been closely linked for decades. In the early 1990s, the push for legal medical cannabis in California was led by LGBTQ people in response to the AIDS crisis. In the words of Amer Senter, a queer woman of color who founded the cannabis industry group Supernova Women, “When cannabis started out, it was for people who weren’t seen as normal in society. So in the beginning, you had a lot of obviously LGBT people.” While she’s encouraged by the growing acceptance of cannabis, she’s also worried about the queer community’s role in its future , saying, “Now with everything moving toward being corporate, they’re pushing everyone who was in it before out.”

Kush Queens might be an exception — the woman-owned company does have a track record of supporting the LGBTQ community in a variety of ways, including frequent blog posts like “A Tale of Two Closets,” which draws parallels between embracing queer identities and embracing cannabis use. The company also donated 10 percent of their proceeds during Pride 2018 to LGBTQ charities, an amount they plan to double in 2019, with proceeds going to Trans Lifeline, an organization that runs a hotline for trans people dealing with moments of crisis.

“Kush Queen is dedicated to honoring the shared history of the LGBTQ communities and cannabis,” stated a recent press release from the company. “We are committed to the pursuit of equality and fostering a more accepting world not just during Pride season, but all year long.”

While much of the buzz around the launch of the collection has focused (correctly) on its social good, the products themselves have also attracted a lot of attention.

The Pride Collection features three custom editions of popular Kush Queen products, which are available separately or as a complete set (which will set you back $100). Here’s what you’ll find:

Bare Tincture is a wellness supplement that comes in the form of an oil tincture. It boasts 1000 mg of CBD oil as well as extra virgin olive oil. One dropper of the 100-percent vegan oil contains approximately 33 mg of oil, half of what Kush Queen recommends for a daily allowance. Priced at $59.99, Bare claims to help relieve anxiety as well as improve overall health from the inside out.

Ignite Lube was developed after the team at Kush Queen discovered that most cannabis lubricants were made using coconut oil, which isn’t ideal for gential lubrication since it can alter the delicate pH balance of the vagina (and it doesn’t get along well with latex). Ignite, on the other hand, is latex-compatible and free of parabens and petrochemicals, making it safer for vaginal use. It’s priced at $49.99 and contains 30 mg of CBD oil.

Pride Bath Bomb is a rainbow-colored twist on one of Kush Queen’s most popular products — in fact, it was the company’s CBD bath bombs that helped it rise to prominence in the first place. The “Pride Rainbow” edition of the product ($12.99) comes with lavender, chamomile and frankincense essential oils, along with 25 mg of CBD isolate (which isn’t quite as good as full spectrum oil, but since all Kush Queen products are certified by third party laboratories, at least you can trust that it’s clean).