Psoriasis, CBD, and Self Esteem: What You Need to Know 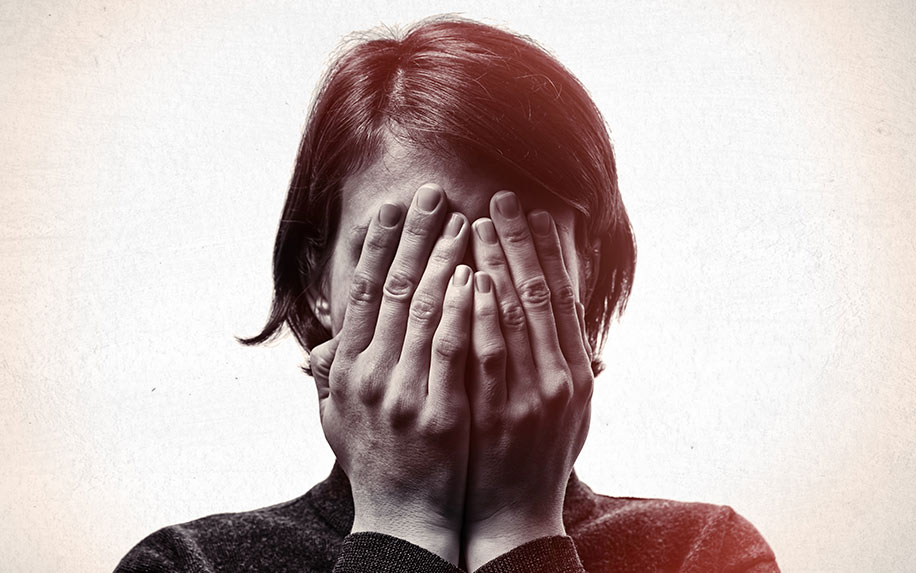 Regardless of how mild or severe psoriasis symptoms may be, the effect on confidence can be extreme. Image Credit: By SvetaZi on shutterstock.

The struggle for flawless skin is one that we all know too well. A perfectly clear, dewy complexion is often thought of as the ultimate in beauty — reinforced by the glossy, heavily-filtered images women and men are bombarded with every day. Unfortunately, people with psoriasis know firsthand the effects that troublesome skin can have on self-esteem. Thankfully, there are things they can do to help improve their skin and, in the process, confidence — and it looks like CBD could be one of them.

Psoriasis is one of the most common skin diseases today. According to the National Psoriasis Foundation, it affects more than eight million Americans. Symptoms of the condition can vary significantly, from very mild and barely noticeable to extremely severe and persistent. However, regardless of how mild or severe the symptoms may be, the effect on confidence can be extreme.

In people with psoriasis, excess cells build up into a layer of red patches, silvery scales, or hard, red skin on the surface. Whereas it takes most of us 3 to 4 weeks to reproduce skin cells, it take psoriasis patients just a few days. This is not only embarrassing and upsetting for patients, but can also become extremely itchy and uncomfortable.

The most common type of psoriasis is known as plaque psoriasis, but there are many types including guttate psoriasis and inverse psoriasis. No matter which type of the condition is present though, the effects on self-esteem can be long term, lasting years and even decades and holding a person back in both their personal and professional lives.

Whether they have mild, moderate, or severe psoriasis, people who are living with this skin condition are often crippled with insecurities. The fact that it presents on areas of the body which are harder to hide means that patients often find their body confidence plummets and they feel less comfortable in social situations where their skin is on show.

Frustrated by the fact that there is no known cure — not to mention the vastly varying levels of efficacy across the range of psoriasis treatments which are currently available, many have turned to using CBD in the hope that it can deliver clear results and restore their self-esteem without harmful side effects.

Could CBD Help With Psoriasis?

It’s not just CBD’s properties for skin care that make it a popular choice with psoriasis patients. Research suggests it could also act as a powerful weapon against the anxiety caused by feeling insecure about the condition.

Researchers aren’t certain about the root cause of psoriasis. What researchers do know is that inflammation plays an important role in the symptoms of psoriasis, and this is where CBD comes in. CBD is believed to be a powerful anti-inflammatory and studies on lab rats have shown this effect in action, though extensive human testing has yet to be conducted.

One study which was published in the European Journal of Pain tested the effects of CBD on a group of arthritic rats. The researchers found that the CBD topical “significantly reduced joint swelling.” Although this investigation was focused on animals with arthritis, the results indicated that CBD topicals could be beneficial to human patients with other forms of inflammation, including psoriasis.

As well as proving that CBD can help to reduce the inflammation caused by psoriasis, research has discovered that CBD, and other cannabinoids found in the cannabis plant, could also help to reduce the overproduction of skin cells on different parts of the body.

However, CBD could also directly combat the anxiety that skin conditions like psoriasis can cause. Studies have shown that this CBD can have an anti-anxiety effect.

One study in particular examined the effect of CBD oil on a group of people who suffered with social anxiety. Half of the participants of the study were administered with CBD and the other half was given a placebo. They were then required to undergo a public speaking exercise to determine whether CBD had any effect.

These results suggest that CBD could help psoriasis patients to overcome some of the self-esteem issues (and the anxiety which stems from them) that they face due to the condition. However, as CBD hasn’t been tested for this specific effect, we can only make informed guesses at present.

If you are considering trying CBD out for yourself, there are three primary ways that you can do this. Each has its own advantages and disadvantages — the one that works best for you will depend on your personal preferences.

Vaping has become wildly trendy in the last couple of years, and not just with the hipster generation. First introduced and marketed as an alternative to smoking cigarettes for the millions of smokers who wanted to kick the habit, CBD vaping is now one of the most common ways to consume CBD.

There are several advantages to using CBD in this way, namely that vaping allows the CBD to enter your bloodstream faster. According to Dr. Mitch Earleywine, professor of psychology at SUNY-Albany, vaped CBD can take effect in as little as 30 seconds, making it a great for people who need fast-acting relief from anxiety, for example.

However, there are important things to know before you start vaping. You’ll need to decide which kind of vape liquid best fits your needs, along with the proper dosage to get the results you want. You also want to ensure that your vape juice is free of harmful additives. And of course, you’ll want to speak with your doctor to ensure that vaping CBD won’t interfere with your other medications.

Unless you’ve been living under a rock for the past few months, you’ve almost certainly heard about one of the biggest new trends in health and wellness right now: CBD edibles. Delicious treats infused with CBD oil have become a massive food trend and are expected to become even bigger in 2019.

Ingesting CBD oil in food form also has several advantages: it disguises the taste, for one thing (pure CBD is not the tastiest thing on the planet), and it removes the need to “smoke” anything for people who may be reluctant to try vape oils. If you’re thinking of trying CBD oil and don’t love the taste, edibles could be the perfect option for you.

However, CBD edibles do take longer to enter your bloodstream. And if you’re making them at home, preparing recipes can be time-consuming — though cooking with CBD isn’t quite as daunting as it might seem.

CBD topicals promise to deliver fast-acting results to the area that needs it most, and the range of these products is growing by the day. From CBD-infused lotions to face masks, there is a CBD skin care product to suit every taste. If you want to try CBD for your psoriasis-prone skin, topicals are the way to go.

On the downside, CBD skin care products (like all CBD products) are largely unregulated, so there is no guarantee that they can deliver on their promise. Some reputable, well-established brands are making more of an effort to ensure the quality of their products — mainly by having them tested by a third-party laboratory for purity and efficacy — but unfortunately it is still a gamble for the customer.

People who develop psoriasis are faced with a challenge when trying to find a way to treat their condition. Conventional medications can cause some severe side effects that many people prefer to avoid, and newer alternatives such as light therapy can be an expensive option that isn’t accessible to everyone. Finding the right treatment requires a certain amount of trial and error. In the meantime, often plummets and mental health can follow suit.

CBD, it seems, has potential as an innovative psoriasis treatment that is both safe and effective and tackles both the condition and its mental health effects. While nothing is yet proven, CBD could help restore your skin back to its best condition and also relieve some of that body shame that has been playing on your mind.