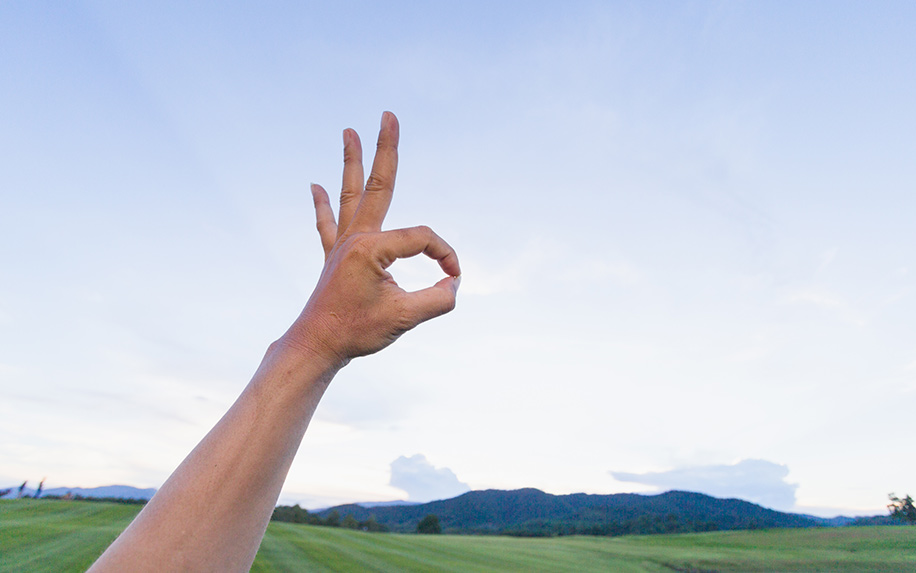 No one likes nail fungus, but cannabis can help. Image Credit: By Korawat photo shoot on shutterstock.

If you’ve been searching for treatments for nail fungus, trying to find a solution that’s not only quick and easy but also safe and effective, you’ve probably noticed how tough it is to find a treatment that ticks all the boxes. It may come as a surprise, then, to learn that cannabis could be your key to beautiful, fungus-free nails.

Fungal nail infections are much more common than you might think. Some estimates suggest that between 20-25 percent of the world’s population could be dealing with such conditions, with older people being especially susceptible. However, the vast majority don’t seek treatment, since fungal infections often seem like no big deal until they aren’t. Left untreated, they can cause severe pain, loss of nails, and impaired mobility.

While the medicinal benefits of cannabis are now well established — for example, it’s widely used as a pain reliever, a treatment for epilepsy, and a remedy for arthritis — its ability to fight fungus has received relatively little attention.

And yet, scientists say that this is one of the ways that cannabis could be most effective. Studies show that a number of the chemicals found in the plant, known as cannabinoids, contain powerful antifungal properties. You’ve probably heard of cannabidiol (CBD) and tetrahydrocannabinol (THC) by now. But when it comes to treating fungal infections, they’re not the only stars of the show.

How Cannabis Can Help Infected Nails

Cannabinoids have a number of qualities that make them useful in the treatment of infected nails, including their ability to kill the fungus itself and fight off the infection.

While CBD has shown antifungal properties in scientific studies, it’s not the only cannabinoid with this power. Scientists are also interested in CBC (or cannabichromene) and CBG (or cannabigerol) for their ability to reduce fungal infections, and they’re thought to be powerful enough to kill even the most drug-resistant types of fungus.

But they can do more than just that.

Fungal nails are often painful. The skin on the nail bed and around the nail can become inflamed, which is caused by the immune system’s protective reaction to keep the area safe while white blood cells work on the healing process. The swelling may be natural, but it’s still extremely uncomfortable — and here, cannabinoids can help. CBD oils (many of which also contain CBC and CBG) have shown significant anti-inflammatory effects in clinical trials.

Researchers have also found that cannabinoids have fewer side effects than many of the antifungal medications currently available, including both over-the-counter and prescription products. Many of these can be harsh on sensitive skin, causing additional irritation. Others, such as oral antifungals, are known to cause nausea, diarrhea, and more.

Unlike conventional medications, cannabis can treat the root problems afflicting your infected nail without causing new ones. But how exactly are you supposed to use it?

How to Use Cannabis To Treat Nail Fungus

Cannabis might be able to treat fungal nails, but some products will be much more effective than others. Choosing the right one can save you not only time and money, but also pain and embarrassment. When you’re looking to harness the fungus-fighting abilities of cannabis, there are many ways to do it — but only one that is likely to be effective.

That would be cannabis-infused topicals, which are lotions and creams that contain the plant’s extracts and are applied directly to the skin. There is a huge variety of these products on the skin care market today, from anti-aging serums to acne face masks. Choosing a high quality CBD-infused body lotion (or other topical like body butter) that is made using full spectrum CBD oil will give you the best chance of getting quick, satisfying results.

Full spectrum CBD oil contains not only CBD itself, but also the entire range of other cannabinoids, terpenes, essential oils, and fatty acids that are found in cannabis plants. Studies have shown that each of these individual substances works best when used in conjunction with all of the others. This is known as the “entourage effect,” and it’s the reason why full spectrum extracts are the most effective variety of CBD oil.

While treating a fungal nail infection, you should pay extra attention to your general nail hygiene. This can make a big difference, and cleaning the nails several times a day with antibacterial soap and water (and keeping them as dry as possible) throughout the day is vital.

If you’ve got a fungal toenail infection, taking extra precautionary measures like wearing flip flops around the swimming pool or locker room, as opposed to walking barefoot, can help to protect others. To treat toenail fungus you should also pay particular attention to foot care and make sure to wear good quality, waterproof, breathable footwear.

Finally, don’t forget to follow your gut. The science might show that cannabis can help with fungal nail infections, and there are plenty of anecdotal stories to confirm the research. But if your gut is telling you that a product isn’t working for you, make an appointment with your doctor and get the medical advice you need.