How to Reduce Skin Inflammation and Redness with CBD 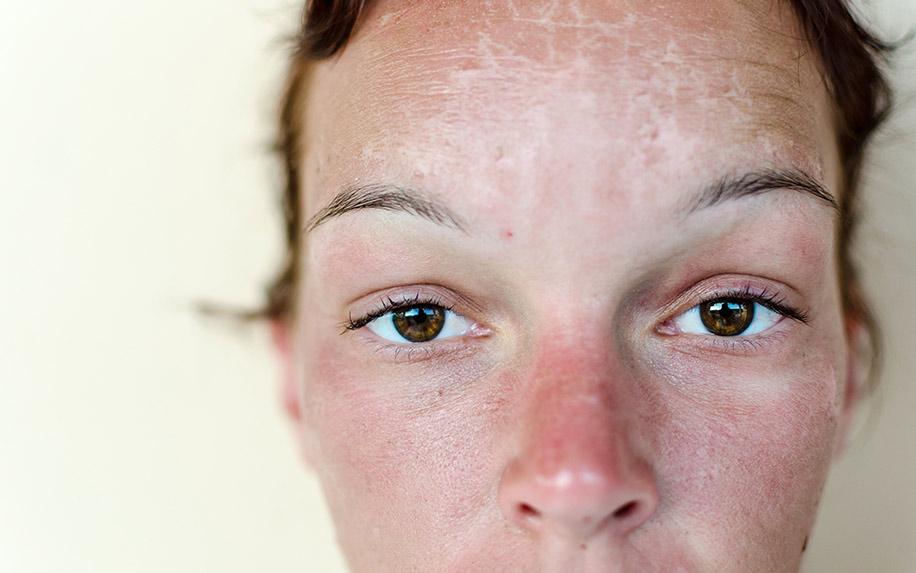 CBD may be the only treatment you rely on to treat your skin inflammation. Image Credit: By Focus and Blur on shutterstock.

Step away from the anti-inflammatory medications — researchers are saying that CBD can do the same job with fewer side effects. While you shouldn’t stop taking prescribed medications without consulting your doctor, you might want to ask them if a natural anti-inflammatory like CBD might be a better option.

Skin inflammation has a long list of causes: contact dermatitis, hormonal breakouts or chronic acne, minor skin irritation, or allergic reactions like hay fever, to name a few. It’s a remarkably common condition that everyone experiences at some point, but that doesn’t make it any less unpleasant or embarrassing. While most people reach for pharmaceutical drugs like hydrocortisone cream to make it go away, scientists now believe that CBD might be a more effective option.

Cannabidiol (or CBD for short) is a chemical that’s derived from cannabis plants. It doesn’t cause the psychoactive high we associate with recreational cannabis use, but is packed with medicinal qualities that have made it a rising star of the health and wellness world. Its anti-inflammatory abilities have been the subject of many recent studies, but many people are still unclear why it works — or how they can benefit from it.

Why Use CBD for Inflammation and Redness?

In the past, people have treated inflammation with non-steroidal anti-inflammatory drugs (called NSAIDs). These medications include things like aspirin and ibuprofen, common medications that most of us keep in our medicine cabinet at home. And although these drugs can be effective at reducing inflammation and the redness (and pain) it causes, they can cause some nasty side effects themselves.

The most commonly reported side effects of NSAIDs include stomach pain and ulcers, headaches, dizziness, thinned blood, and high blood pressure. This means that if you’re dealing with inflammation on a regular basis and relying on NSAIDs for relief, you could be causing yourself more harm than good.

The biggest advantage of using CBD in place of these lies in its mild (or non-existent) side effects. Multiple studies show that it’s remarkably well tolerated by the body, and its side effects are much less severe than in the case of NSAIDs.The most commonly cited ones are drowsiness, diarrhea, and changes in appetite. But researchers have found that even these effects are rare and usually temporary.

“In comparison with other drugs. CBD has a better side effect profile,” reported researchers at who reviewed a number of existing studies investigating CBD’s side effects. “More clinical research is warranted [but] the often described favorable safety profile of CBD in humans was confirmed.”

The reason why CBD is so well tolerated by the body is because the chemicals in cannabis (including CBD) are almost identical to a set of chemicals naturally produced in the body, known as endocannabinoids. Both of these chemicals interact with a network of receptors known as the endocannabinoid system, which acts as the skin’s internal regulator, and their ability to help the skin self-adjust is why CBD has such positive effects on the skin in general.

So the next time you’re thinking about dousing your face with a cocktail of chemicals, it might be worth trying a CBD topical cream instead.

How to Use CBD to Reduce Inflammation and Redness

If you’re sold on the idea of trying CBD to reduce red or inflamed skin, there are an almost endless number of options for self-experimentation these days. You could try vaping CBD oil, munching on some CBD edibles, or about a hundred other things. But as far as your skin is concerned, the best option for delivering CBD’s anti-inflammatory powers to your skin is using a topical.

What To Remember When Buying CBD Topicals

CBD is gentle enough to be used on the most sensitive skin, even for people with eczema or other conditions, but if you’re nervous about whether or not a CBD topical will be too harsh on your facial skin you can always try patch testing it before applying to a larger area on your face or body.

There are different recommendations for patch testing depending on where you look, but a good starting point is to apply a small amount of the product to the skin on your wrist and inside the elbows. If your skin starts to turn red or break out in itchy rashes, wash it off and don’t use the product again. But generally, if it doesn’t you should be fine to start using the product as normal.

When shopping for a CBD topical, make sure you choose one that contains full spectrum CBD oil and not hemp seed oil. That former contains other chemicals and substances from the cannabis plant that make it much more effective and beneficial for inflamed skin. The latter is a product of misleading marketing — there is no CBD in hemp seeds — so steer clear.

Finally, you should always opt for organic when it comes to all kinds of skin care products. Non-organic topicals can contain toxic, cancer-causing pesticides and other chemicals that you do not want to be feeding your skin. Choose organic CBD topicals and you can rest easy in the knowledge that you’re giving your skin plenty of what it needs, and none of what it doesn’t.