How Cannabis Compounds Can Treat Fungal Infections on Breasts 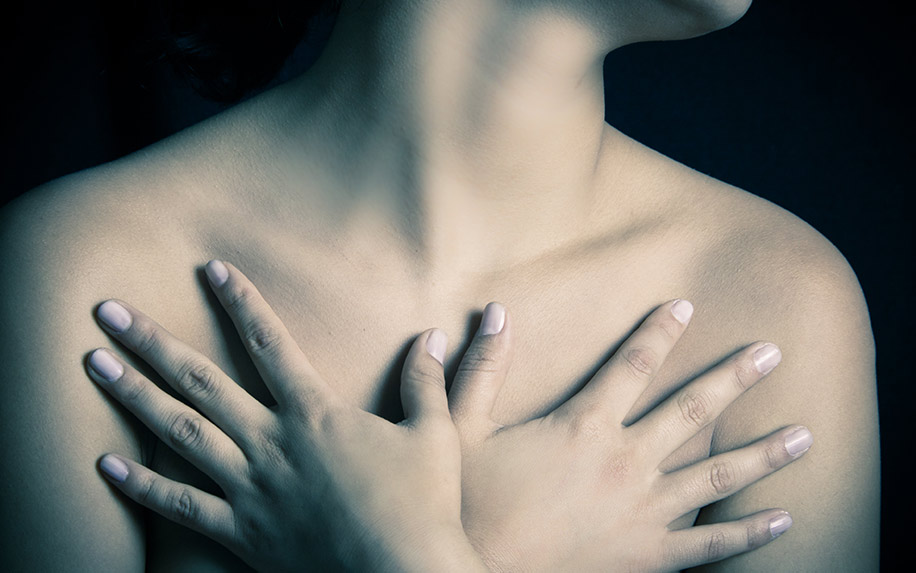 Fungus is never fun, Image Credit: By Fotos593 on shutterstock.

Of all the places to get a fungal infection, breasts are among the least pleasant — so when they happen, you want to get rid of them as soon as possible. But since most people don’t spend much time thinking about such scenarios, they’re left asking: how? Cannabis might not be the first thing thing that comes to mind when we think about treatments for fungal skin infections, but new research is changing that.

Fungal infections can take hold anywhere on the body that becomes warm and moist. Perhaps the most famous example is athlete’s foot, but fungi can also breed in the skin folds underneath the breasts even if you’re taking precautions against it — especially in warm, humid weather.

First, the bad news: “intimate-area fungal infections” are a major issue in women’s health and one that we should all be conscious of, particularly coming into the summer season. Under these conditions, it’s common for the area beneath the breasts to become hot and sweaty, which can lead to conditions like breast and nipple thrush. Although they’re lesser known than vaginal thrush, these fungal infections can cause enormous breast and nipple pain. Vaginal yeast infections are also common during this time, but they require special treatment that only a doctor or pharmacist can advise on.

Now, for some relief: there are easy ways to protect yourself from breast fungal infections. Making sure to wash regularly — twice a day — in very hot weather and using products like talc to soak up sweat and keep the area dry are great first steps. Using a cannabis-infused soap can also pack a powerful antifungal punch, keeping fungus and other bacteria at bay.

But what if you’ve already got a fungal infection under your breasts? Can cannabis really help? Yes, but don’t get the wrong idea — smoking it probably won’t help much. However, according to scientists, using a cannabis-infused topical product on the infected skin could make a big difference. They’ve discovered that two of the compounds found in the plant are uniquely equipped to kill off fungus and restore your skin to perfect health.

CBC + CBG: How They Can Fight Fungal Infections on Breasts

The key to cannabis’ fungus-fighting abilities lies in its cannabinoids, or chemical compounds. There are over a hundred of them found in cannabis plants, and their have an impressive range of medicinal qualities. You’ve probably heard of CBD and THC by now, the two best known cannabinoids thanks to their presence in the media spotlight. But when it comes to fighting fungal skin conditions, CBC (cannabichromene) and CBG (cannabigerol) are the real stars.

CBC and CBG have been found in various studies to kill off even the most resistant types of fungus, but that’s not the only reason they’re a great treatment for fungal infections. Researchers have also discovered that both CBC and CBG have anti-inflammatory properties, which means that while they work on killing off the fungus causing the infection they can reduce the redness of the infected breast tissue and any pain or discomfort you’re experiencing.

Neither CBC or CBG cause that effect, nor do they have any psychoactive impacts. In truth, they cause significantly fewer side effects than most of the antifungal medications on the market today. Many standard antifungal creams contain harsh chemicals that can irritate your already sensitive skin, so opting for a gentler treatment that can kill off existing fungus and prevent the spread of more while simultaneously soothing the infected skin is a great way to feed multiple birds with one scone (shoutout to PETA).

The easiest way to use CBC and CBG to treat your infection is to find a good quality topical product and apply it several times a day until the skin is completely back to normal. You probably won’t find them as stand-alone products — nor should you want to. Instead, look for a full spectrum cannabis or CBD oil lotion (not to be confused with a hemp seed oil topical). These will contain all of the cannabinoids found in cannabis, including CBC and CBG, which work best when used together, so these products are much more effective than their “pure” competitors.