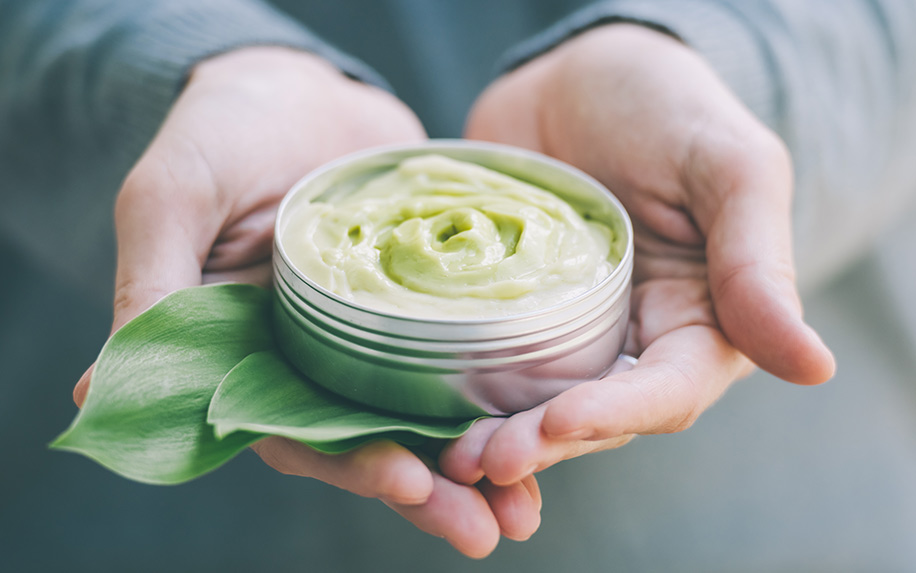 Counting down the days to your summer vacation? You’re not alone. With the weather finally warming up, it’s time to ditch our trusty parkas and show some skin again. And if those long winter months have left you feeling like a crackly old leaf, cannabis-infused body moisturizers could be just the thing your dry skin has been craving.

Depending on what the climate is like where you live, winter can take a serious toll on the skin. The cold, windy weather saps the skin of its natural moisture, while central heating systems dry out the air and irritate sensitive skin even more. Wearing heavy, scratchy clothes all the time doesn’t help much either. After a few (or, let’s be real, many) months of this, it’s understandable if your skin begins to resemble a crocodile’s hide.

Body moisturizers are essential in conditions like these, and cannabis-infused ones are even more effective. That’s because they work in two ways: by providing an external boost of much-needed nutrients, and by stimulating the skin to produce its own protective oils. While it’s tempting to dismiss them as a novelty item, the science shows that they have some major advantages over their more traditional competitors.

So while you might not associate cannabis with silky soft skin, that’s about to change, because cannabis skin care is becoming more popular than ever — and for good reason.

Like traditional body moisturizers, cannabis-infused products provide concentrated doses of essential nutrients like fatty acids, which help nourish the skin. However, they also help the skin bolster its internal defenses against dryness, and this is thanks to their “secret” ingredient: cannabinoids.

Cannabinoids are a class of therapeutic chemicals produced by the cannabis plant, of which the most well known are CBD and THC. These chemicals are almost identical to the ones produced in the body’s endocannabinoid system (ECS), a network of receptors that regulates the skin’s production of oils, among many other functions. By triggering these receptors, cannabinoids help the skin stay hydrated and healthy.

Just as vitamin supplements support the immune system, cannabinoids can support the ECS in much the same way. While CBD and THC have garnered most of the attention from researchers and the media thus far, other cannabinoids such as CBC and CBG are starting to come to the foreground.

By interacting with the ECS, studies have shown that cannabinoids can have a major impact on sebum production — one of the most important contributing factors to dry skin. Sebum is an oil naturally produced by the skin in the sebaceous glands. Too much of it causes acne, and too little of it causes cracking and dryness, but in the right amounts, it keeps your skin looking and feeling its best.

Things to Look For in a Cannabis Body Moisturizer

With that being said, cannabis skin care products (whether it’s a body butter, lotion, serum, or body wash) are as susceptible to misleading marketing as any others. It’s a good idea to take miraculous claims with a grain of salt, and to do some research before you pull out your wallet.

Make Sure It Contains Humectants
Humectants are substances that draw moisture from the air around you and pull it deep into the layers of the skin.

At the moment, one of the most commonly used humectants in skin care products is hyaluronic acid. Studies have proven that products containing it are deeply moisturizing for the skin. Interestingly, this acid is naturally produced in the body, but its production declines with age.

Look for Natural Ingredients
It can be tempting to opt for fancy-sounding ingredients like salicylic acid (which is great for acne), but just because a product boasts “the latest in skin care technology” doesn’t necessarily mean it will work any better than an old fashioned natural alternative.

Products with coconut oil and shea butter both make exceptionally effective natural moisturizers. If they’re organic, even better — the lack of pesticides or other chemicals can make them less likely to irritate sensitive skin.

Choose Full Spectrum Products
The term “cannabis oil” is often used to describe a huge range of products with important differences, from hemp seed oil to full spectrum CBD oil. To get the most from your cannabis body moisturizer, you’ll want to look for the latter.

Body moisturizers that contains full spectrum CBD will contain not just CBD and its scientifically proven anti-aging properties, but also the full range of more than 100 cannabinoids, terpenes, and fatty acids that are found in cannabis plants — many of which are great for the skin. This oil, and any skin care product that contains it, will be much more likely to deliver the results you’re looking for.