Here’s Why Cannabis Oil Could Make Your Toenail Fungus Disappear 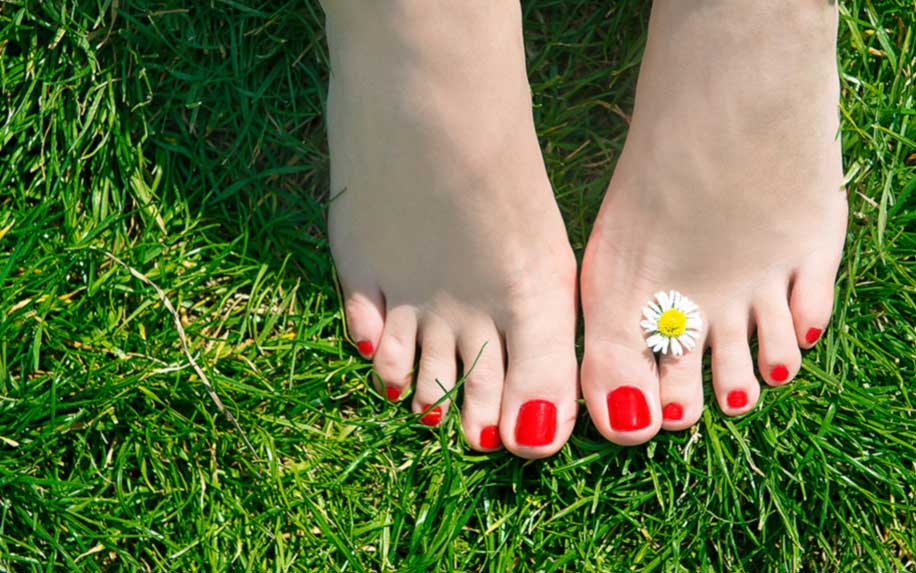 Toenail fungus can cause discomfort and pain. It can also make your toenail change color of thickening the nail.Image Credit: By Nick Starichenko on Shutterstock

Toenail fungus is painful, dangerous if untreated, and socially uncomfortable. It’s also much more common than you might think — which is understandable, since it’s rarely the topic of small talk. While having it is never a pleasant experience, there is some good news: cannabis oils might be able to get rid of it faster than conventional treatments and with fewer side effects.

An ounce of prevention is worth a pound of cure, of course, and basic foot care measures like keeping your feet dry and clean is the best way to prevent these infections, according to the American Podiatric Medical Association. And while everyone loves a shoe-free stroll along the beach, they recommend bringing footwear: “Because it is difficult to avoid contact with microscopic organisms like fungi, the toenails are especially vulnerable around damp areas where you are likely to be walking barefoot.”

Everyday foot care practices like wearing flip flops in locker rooms and at swimming pools (which, by the way, are havens for many types of fungus) can make a big difference when it comes to keeping your feet healthy. But so can cannabis, according to research.

Thanks to their antifungal and analgesic (i.e. pain relieving) qualities, cannabis oils can play an important role in preventing and treating common complaints like athlete’s foot and fungal infections. Clinical trials are in their early stages, but scientists have found that certain characteristics of the plant make it adept at fighting foot fungus.

One of the health benefits of cannabis that make it so useful in the treatment of fungal nail infections is its antifungal properties. Scientists have found that petroleum extracts from the plant can inhibit the growth of fungi in humans (and food, interestingly enough). In this way, cannabis oils can be helpful when treating an existing infection and preventing any future ones.

Cannabis and its oils can also help to relieve pain around the infected nail. The fungus can eat away at the surface of the nail itself, causing it to disintegrate and fall away, revealing tender skin underneath. This can be intensely painful and make walking difficult in severe cases. But the anti-inflammatory and pain relieving qualities of cannabis could help to soothe the discomfort and make it easier to get around on your own two feet.

How to Use Cannabis Oil to Treat Toenail Fungus

Anyone who’s interested in using cannabis oil to treat a fungal toenail infection has a lot of choices. There are so many ways to enjoy the health benefits of cannabis nowadays that the options are seemingly endless. But, some are more effective treatments than others.

Cannabis Oil Topicals
Topical products are a great way to deliver highly localized results. These are any products that contain cannabis oils and are applied directly onto the skin or the affected area. Using a topical means that you can target the antifungal benefits of the oil to exactly where you need them.

If you’re thinking of buying a cannabis oil topical for your infected nail(s) or any other skin care complaint, make sure that the product you choose is made with full spectrum CBD oil and not hemp seed oil. This is because the former has a much wider range of helpful compounds like cannabinoids, terpenes, fatty acids, and essential oils which make it more beneficial to the skin.

In the case of fungal nail infections, you can apply a topical, such as a cannabis-infused body butter, to the skin surrounding the infected nail and all other nails to prevent the spread of the fungus. This could help to fight off the fungi and speed up the healing process.

Cannabis Oil Capsules
Soft gel capsules containing cannabis oils are becoming popular thanks to their convenience and effectiveness. Taking a CBD oil capsule with your morning coffee, for example, doesn’t require much effort and capsules have the added benefit of being (mostly) tasteless.

Taking cannabis oil in this way won’t deliver the highly localized results of a topical product, but this doesn’t necessarily mean that it’ll be less effective. The cannabinoids present in the oil can still interact with your body’s endocannabinoid system to tackle your fungal infection from the inside out.

While there’s not a lot of conclusive evidence, some researchers think that ingesting the oils is probably the most effective way to use them — so reaching for a cannabis edible might also be worth a try.

Vaping Cannabis Oil
Vaping was first made popular by the belief that it could help long time smokers to kick their nicotine addiction. But recently vaping oils like CBD oil has become widely popular as well.

This is in no small part because studies show that vaping is one of the fastest ways to feel the effects of cannabis oils. This method it can enter the bloodstream much more quickly than through other methods, and offer fast acting relief to the affected area.

However, recent studies have shown that some vape oils are packed with cancer-causing toxins and heavy metals that can cause significant harm to the body.