‘CBD Sleep Drops’ Are Not About Sleep At All 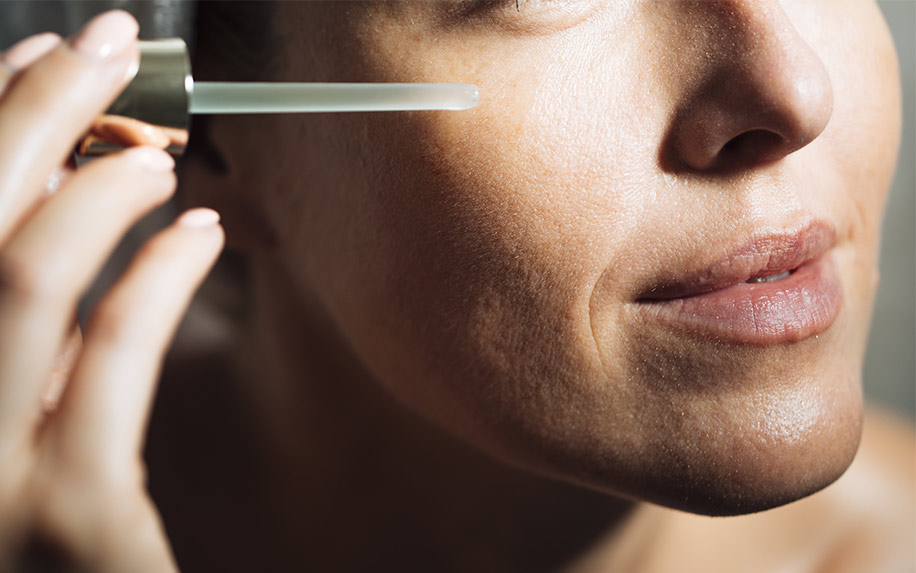 The purpose of CBD Sleep Drops isn’t to help you sleep better, but rather to make you look like you did. Image Credit: By LStockStudio on shutterstock.

When you see the phrase “CBD sleep drops,” what’s the first thing that comes to mind? If you’re like most people, you’re probably picturing a little vial of oil that you drink before bed to help you get some shuteye. However, you’d only be partially correct.

CBD sleep drops — at least the ones now being offered by U.K. beauty brand Rodial — do indeed come in a little vial, and they are intended to be used before bed. But in reality, their purpose isn’t to help you sleep better, but rather to make you look like you did.

The brand’s popular new CBD Sleep Drops are the latest iteration of their Booster Drops collection, and they’ve quickly proven to be a hit with consumers: Selfridges, a chain of high-end department stores in the U.K., has already sold out of them three times, as reported by Glamour. What’s the appeal? Rodial says that rubbing 2-3 drops on the face and neck will rejuvenate the skin, helping eliminate puffiness and the appearance of stress or sleeplessness.

What Do CBD Sleep Drops Actually Do?

While some beauty brands have drawn criticism for including CBD in their products as more of a marketing gimmick than an effective ingredient, there’s a solid amount of preliminary research that indicates CBD could have real benefits for the skin.

One of its most useful abilities is reducing inflammation. What does this have to do with the skin? Inflammation can be a big part of acne and other irritations on the skin. In 2014, The Journal of Clinical Investigation published a study that found CBD to have an anti-inflammatory effect on the glands responsible for oil production, which could mean using it could reduce excess oil on the skin.

CBD’s ability to fight free radicals — and reduce the signs of aging that accompany them — also make it a potent antioxidant. A recent study in the journal Redox Biology found that these properties make CBD beneficial in the treatment of dermatitis and other skin conditions when applied topically.

However, this only holds true if you use enough of it, and there’s some confusion as to how much Rodial’s CBD Sleep Drops actually contains. Neither the brand nor Selfridges states how much CBD is present in the products, though an Instagram post from Rodial in September said that each bottle contains 250 mg. But it didn’t clarify which type of CBD oil is used, meaning that consumers can’t be sure if they’re getting a full spectrum oil, a less-effective isolate, or something else entirely.

In fact, compared to other popular brands, Rodial has made it curiously difficult to learn about their products. Many companies, like Lord Jones and Herbivore, have gone out of their way to clarify important details about the CBD they use, including how much is in a given product, where it is produced, and whether it is organic and pesticide-free. Usually, this information can be found directly on the product page — along with third-party lab reports to prove that the product actually contains what it claims. When it comes to finding out the same information about Rodial’s CBD Sleep Drops, consumers are in for a frustrating search.

Aside from CBD, the drops also contain collagen to make the skin more elastic, squalane to boost its hydration, and purslane to help it repair and rejuvenate itself. These benefits come with a hefty price tag, as a single 31 ml bottle costs £85, or just over $100. At the moment, Rodial’s sleep drops are only available for shipping within the U.K. and Northern Ireland, though they’re expected to become available through the brand’s U.S. website in the near future.

To make matters worse, even in the high-priced world of CBD skin care, Rodial’s sleep drops are considerably more expensive than comparable products, including from higher-end brands: Lord Jones’ High CBD Formula Body Lotion costs $60, while Herbivore’s CBD face oil is just $58. You could make an argument that the sleep drops’ higher concentration of CBD justifies their bigger price tag, but considering how little transparency Rodial provides, it’s a tenuous one at best.

On the plus side, there’s likely to be little risk of using CBD sleep drops, provided you don’t squirt them directly into your eyes. The World Health Organization (WHO) has officially stated that CBD poses no significant risks or side effects, nor are there any known risks or side effects associated with the product’s two other active ingredients, squalane and purslane (though some environmentalists have expressed concern that the use of squalane, which is sometimes derived from shark livers, could put certain species at risk of overhunting).