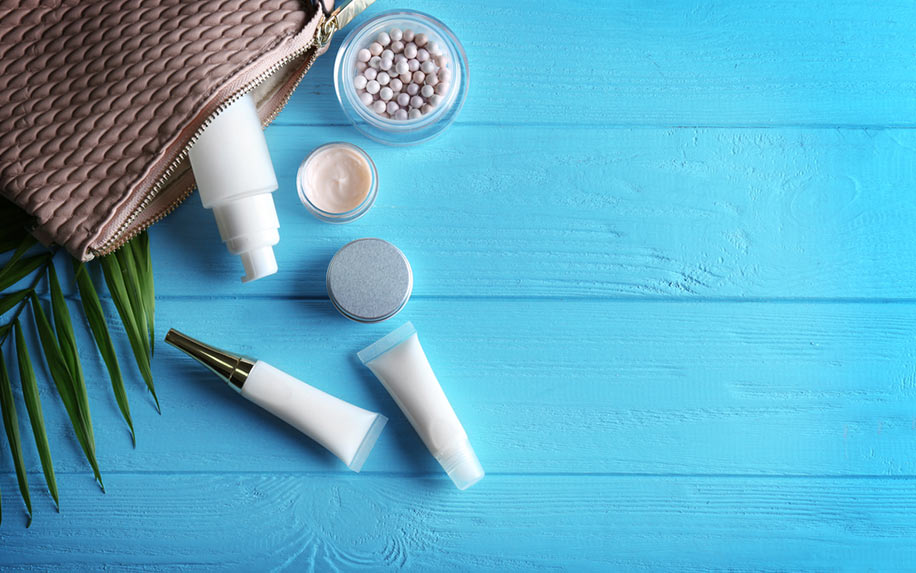 Skin care is something that we’re all interested in. Whether you’re a teenage boy fighting the evils of acne, or a woman in your early thirties noticing the arrival of fine lines and wrinkles with alarm, the vast majority of us are trying to improve our skin in some shape or form. Of course, we’re not lacking in choice when it comes to skincare products for winter or any time of the year for that matter. The availability of products by an immeasurable amount of brands online gives us access to all of the skin care we could ever dream of. However, as we all know, not all products are created equal.

There’s no doubt that CBD has become one of the most common buzzwords in the skincare industry today. It seems that everywhere we go we hear about the wonders of CBD and the miracles it can perform on the skin. What’s not clear is just how accurate these claims are, and what exactly they’re based on.

The Facts About CBD

Cannabidiol, more commonly known as CBD, is a chemical that’s found in the cannabis sativa plant. This fact puts a lot of people off the idea of using CBD from the outset, as they worry that using CBD or anything with CBD in it will give them the euphoric “high” associated with the cannabis plant. However, there really is no need to worry as CBD is not the chemical responsible for this side effect. Therefore, CBD isolate won’t cause it.

CBD does come with its own fair share of side effects though. Thankfully, they appear to be medicinal. Much research has been conducted into CBD and its side effects. Although the scope of studies has been seriously limited by the legal status of marijuana under United States federal law, some significant findings have been made.

At present, CBD is being studied as a potential treatment for an impressively long list of illnesses, diseases and other medical conditions. These include but aren’t limited to:

While the strides being made in CBD research are very promising, they aren’t as conclusive as many on the internet portray them to be. Unfortunately, CBD has become the subject of much misinformation and hype. The internet is rampant with claims that CBD can achieve things which have never been proven. This is a real issue for those who are considering using CBD as a treatment and in search of reliable information.

CBD oil is rapidly becoming one of the biggest beauty trends today. The range of CBD infused skin care and beauty products seem to be expanding by the day. There’s a reason why big beauty brands have begun to incorporate this ingredient in their formulas. Derived from the seeds of the hemp plant, CBD has been found to have a number of properties which make it ideal for skin health.

CBD is an Anti Bacterial
In addition to acting as an anti-inflammatory, studies show that CBD is a strong antibacterial. This means that it naturally fights and kills bacteria. The skin is particularly sensitive to bacteria and skin conditions such as acne are largely caused by the presence of bacteria. CBD’s ability to tackle the bacteria head on makes it very effective at fighting acne and other similar conditions.

CBD is an Antioxidant
Studies show that CBD is a more potent antioxidant than VItamin E and Vitamin C, nutrients which have been hailed as the best antioxidants for many years. The fact that it is such an effective antioxidant means it’s particularly useful in preventing and/or reducing the appearance of fine lines and wrinkles.

The Endocannabinoid System
The endocannabinoid system (ECS) is a system which is found in the bodies of most animals, including humans. The ECS is comprised of receptors which are primarily found in the skin. Although it was only discovered in 1992, scientists have learned that this system is largely responsible for the regulation of skin health. They have also discovered that CBD acts as a natural supplement to the ECS, boosting it and having a positive overall effect on skin health as a result.

Should You Use CBD Skin Care Products?

Thanks to the qualities listed above, CBD has become the skincare industry’s new favorite ingredient. The range of CBD products on the shelves of drug stores across the United States is expanding by the day. Whether you’re looking for face creams, body lotions or lip balm, there’s bound to be a product or ten for you. However, if you want to start enjoying the skin care benefits of CBD, topical CBD oil products are just one of a number of different options available to you.

CBD capsules are an option that more and more people are taking advantage of. These capsules work in the exact same way as any other nutritional supplement such as a multivitamin. In addition to being infinitely more convenient than having to use specific skin care products, capsules are a great idea for anyone who likes the idea of boosting their skin health from the inside out.

Whether or not to begin using CBD skin care products is really a choice that each individual has to make for themselves. There are certainly arguments both for and against the use of CBD for any medical condition, including skin care. The arguments in favor of its use are based on the mounting evidence that CBD could be a great asset to all skin types from oily to dry skin. However, the arguments that these theories aren’t backed up by enough scientific date are also reasonable. At the end of the day, the choice is yours to make.