CBD Deodorants: Could They, Should They Work? 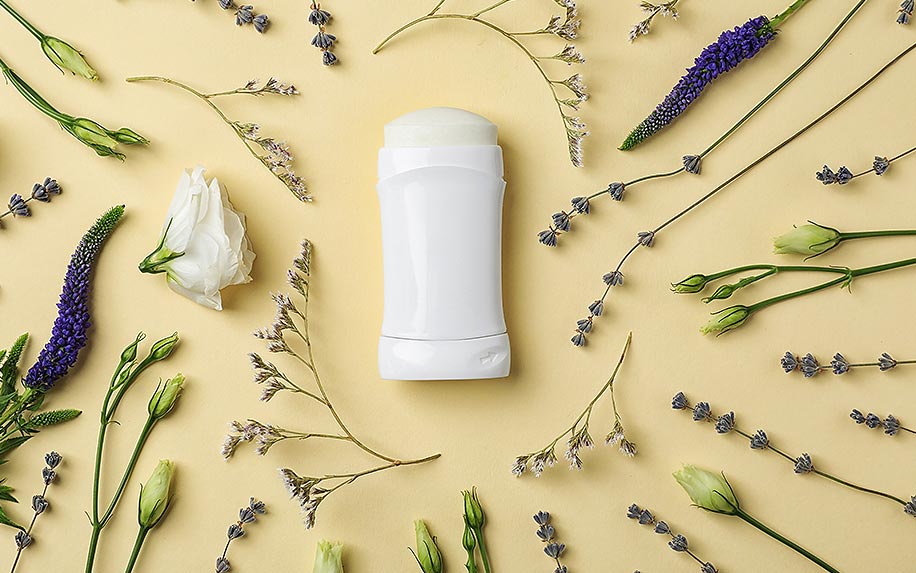 CBD deodorants may be an effective, all-natural alternative to conventional brands. Image Credit: By New Africa on shutterstock.

A good deodorant is much like a basketball referee: when it’s doing its job right, you don’t notice it at all. Unfortunately, most natural products leave much to be desired in this regard. This still hasn’t stopped people from seeking alternatives to conventional sticks or sprays — and some are suggesting that CBD-infused deodorants could be the answer.

While most CBD deodorants are derived from hemp — whose cultivation, production, and sale was legalized nationally by the 2018 Farm Bill — they’re not the first hemp-based deodorants to hit the market. In fact, hemp oil-based deodorants have been around for years (if you’re confused by the difference between hemp oil and CBD oil, you’re not alone, but it’s actually relatively simple). Yet while they may have a lengthy history, the reviews have been decidedly mixed.

The most common complaints about hemp oil deodorants are:

As a result, they’ve failed to attract much of an audience beyond a committed group of health-conscious shoppers who are willing to trade performance for purity in terms of ingredients. However, a growing number of brands are betting that CBD-infused deodorants might be able to forge a new reputation for natural, hemp-based products.

The most notable recent example is Schmidt’s Naturals, a popular line from the multinational giant Unilever, that just announced a new line of hemp oil-infused deodorants — an announcement that was overshadowed by its simultaneous promise that it would be diving into the CBD deodorant game as soon as the Food and Drug Administration (FDA) clarifies its regulatory framework. According to Marketwatch, the brand has been developing its line of CBD-infused products for over a year and a half, and now it’s simply waiting for the opportune moment to pounce.

“We believe CBD will be the most powerful thing to happen to personal care products this decade so we are keeping track of state laws and federal requirements,” said Michael Cammarata, the brand’s CEO.

Other (smaller) brands have already joined the fray, with companies like Apothecanna and Green Mountain Hemp Company seeking to carve out their own niches in the CBD deodorant market before the big players establish dominance. Despite this head start, however, their products face the same questions as those of their massive rivals, the most important of which is: do they actually work?

The Pros and Cons of CBD Deodorants

The main problems with CBD deodorants will be familiar to anyone who has tried a hemp-based product in the past (or any type of natural deodorant, for that matter). The first is that they’re not particularly well-suited to preventing perspiration — in conventional products, this effect is achieved by aluminum-based compounds, which are notably absent from most CBD deodorants. There are good reasons for this (aluminum-based compounds work by essentially “clogging” sweat glands, which may have long-term health consequences), but it does mean that people who are prone to underarm sweatiness may wish to look elsewhere.

Another major issue is the relatively short period of effectiveness. While most deodorants’ claims of “24-hour dryness” are debatable at best, the lack of industrial-strength chemicals in CBD deodorants means their window is even shorter. Apothecanna, for example, recommends that its product be “[reapplied] every 6-8 hours, or more frequently in situations of heavy perspiration.”

Finally, there’s the matter of price. Like most CBD-infused products, deodorants containing the popular cannabinoid are much pricier than the competition. While a six-pack of Degree Dry Protection deodorant sells for around $13.50, a single stick of Green Mountain’s Seventh Day will set you back $15.00.

What about the positives? Interestingly, the main cause of many of CBD deodorants’ liabilities — the lack of potent aluminum-based antiperspirant compounds — is also its biggest calling card. People who seek all-natural alternatives to these chemicals will find that most CBD deodorants fit the bill perfectly.

There’s also reason to believe that CBD deodorants might be more effective at preventing odor than other natural products, since the cannabinoid has strong antibacterial properties. Bacteria are the main source of underarm odor, and while traditional hemp- or baking-soda deodorants are mostly ineffective at killing them, CBD-infused products might have better luck (no clinical studies have tested this theory, so take it with a grain of salt).

Aside from killing bacteria, CBD’s other skin-friendly properties might make it an attractive option, especially for those who regularly shave their underarms. As a natural anti-inflammatory, CBD deodorants could help prevent the development of razor bumps or other irritations, and its overall gentleness could be a boon for people who struggle with rashes and unpleasant reactions to typical products. Again, there’s no scientific evidence to support these specific claims yet — but if you don’t mind a bit of experimentation (and you don’t have a big presentation to give later) it might be worth giving CBD deodorants a try.