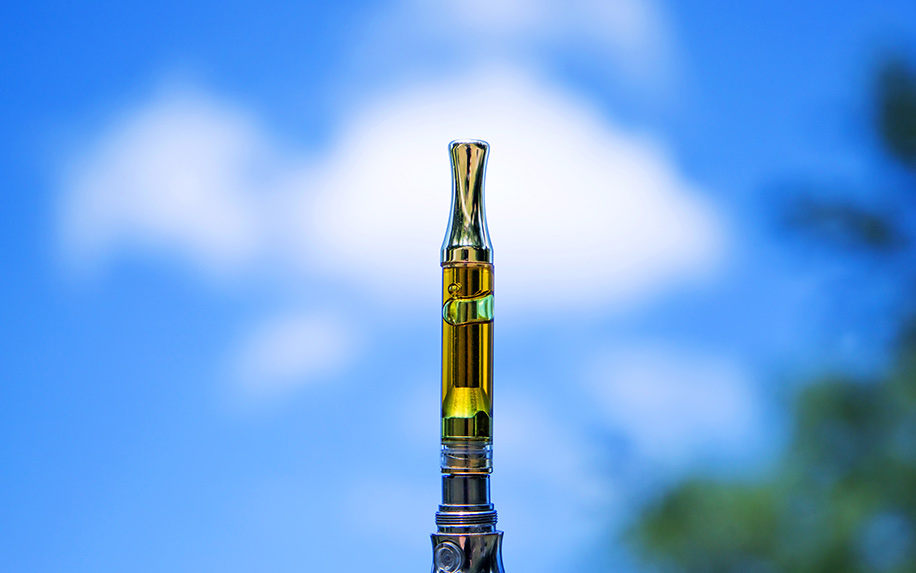 The cannabis industry is often touted as an earth-conscious one. From topical creams to honey to hotel decor, one of the strongest selling points of many cannabis products is that they’re sustainable and all natural. But while the products themselves might be environmentally friendly, the process of making and selling them often is not. In some cases, the industry has quickly found solutions to these issues, but in others — especially concerning vape cartridges — there’s still a lot of work to do.

With cannabis legalization has come a diversification of cannabis products, some of which eventually end up in landfills. Regulation of the new industry has also created a glut of tamper-proof packaging where before there were only small plastic bags, and newly-legalized growing operations have produced acres of biomass byproducts that waste management regimes must deal with.

There have been some noteworthy success stories. In Canada, cannabis powerhouse Tweed partnered with recycling firm TerraCycle on the Tweed x TerraCycle Cannabis Packaging Recycling Program, introduced nationwide on the eve of cannabis’ October 2018 legalization. In the first six months of its operation, TerraCycle claims to have recycled 165,000 containers, including hard-to-recycle items like tins, plastic bags, tubes, and bottles with childproof caps. So far active in 106 stores across Canada, it accepts containers sourced from any licensed producer.

But other problems, like recycling cannabis vape cartridges, have proven to be more complicated. Due to lawmakers’ fears of blurring the line between legal cannabis and the black market, legalized states like California and Colorado have regulations prohibiting the collection of any used products.

Even in states where such collection is legal, challenges remain. The way in which the cannabis industry and state regulators handle these challenges is set to have an increased impact on the industry’s overall sustainability, with concentrates poised to surpass flower sales by 2022 and vape oils leading the way, according to a 2018 report from Arcview Market Research and BDS Analytics.

In California, regulations introduced in 2018 prohibit the industry from even attempting a solution to the vape cartridge recycling problem — one that could grow even larger as disposable cannabis vape pens become more popular as well.

Previously, local vape oil producer OMG Farms had rolled out an incentivized program for dispensaries to collect used vape canisters. But the new regulations stopped the initiative from evolving. “Effectively, the regulations prevented individuals from bringing products back into the store after they were sold,” OMG Executive Vice President Ryan Miller told Cannabis Dispensary Magazine.

In an interview with Civilized, Miller explained lawmakers’ rationale. “They say the end user themselves can take the item to a hazardous waste disposer that both takes cannabis and will accept their device, and then pay them a premium to dispose of it,” he said. “That’s just not going to happen.”

For one thing, recycling vape cartridges is a difficult undertaking. Any business attempting it would need to process a large quantity to make it cost-effective, which requires a centralized collection system.

Another consideration is in the composite parts, often made of glass, metal, and plastic — all of which need to be processed in different recycling streams.

“Whenever you have an item that is a composite of materials it is very difficult to recycle,” Salinas Valley Recycles General Manager Patrick Mathews told The Californian. “You could crush it and use magnets to pull out the metal but you’re not going to recover the glass and plastic, for example. When things are separate, they’re easy to recycle. When they’re fused together they’re almost impossible.”

While ideas like refillable cartridges are in play for individual producers, others are lobbying for a more systematic change. Steve Berg, CEO of the vape company Firefly, has teamed with the Colorado Department of Public Health and Environment and the Bureau of Cannabis Control to push legislators into making recycling-friendly amendments to their states’ cannabis laws.

“[The original legislation] did not really consider what happens to vaporizer cartridges after the sale, and these were things that could actually be recycled if the laws would permit,” Berg said to The Californian. “Every state is different but it seems all states have this issue of not addressing the recycle aspect in their initial regulations.”