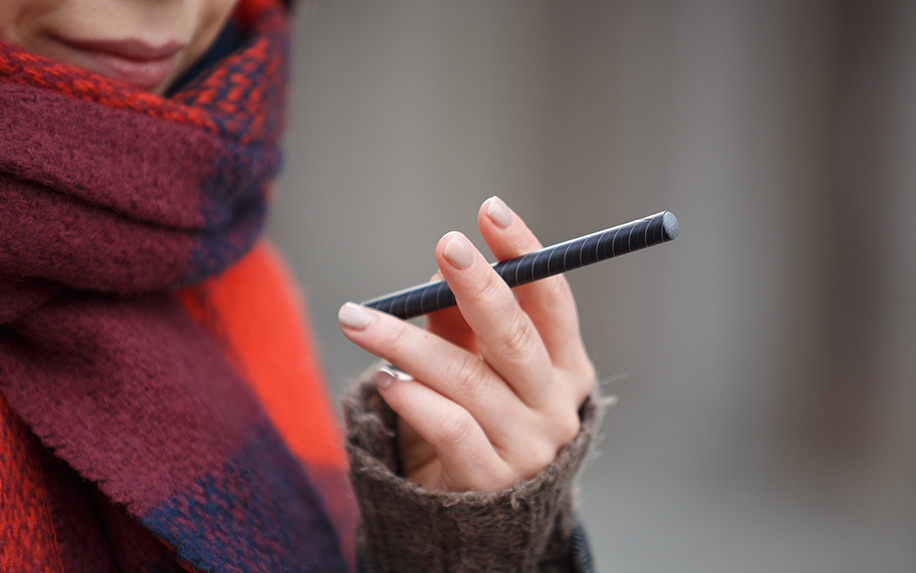 America loves its disposable cannabis vape pens. Despite a growing awareness of the harmful chemicals in vape oils, vaping has generally enjoyed a positive reputation, at least in comparison to smoking. It’s one of the most effective ways to consume cannabis oil for those who seek fast-acting relief from pain, inflammation, or anxiety, and the lack of odor or unpleasant taste is a boon for those with sensitive senses. However, these popular new devices come with a catch.

Though disposable vape pens were first greeted as yet another novelty in the ever-expanding universe of cannabis products, they’ve quickly become a massive environmental hazard. In fact, an entire sub-industry has sprouted up to solve the problem. A number of potential solutions to diminish the environmental impact have already been proposed — including making disposable vape pens with easier-to-recycle components — and while none of them have emerged as a frontrunner yet, it’s become a priority for the industry.

In the words of one expert, “The disposable vape market is growing at an amazing rate. If we can get ahead of it before it becomes an overwhelming problem like the plastic pollution from discarded bags and straws, then perhaps we can reduce the burden we place on our environment.”

That’s not the only issue with disposable cannabis vape pens, but it’s certainly the most pressing. At the same time, the devices do have some advantages that make them attractive to many people.

The single most appealing thing about disposable vape pens is the price — a cheap one can retail for as little as $2. The most expensive pen on the market right now is priced at a jaw-dropping $725,000 (more “reasonable” luxury vapes still go for as much as $10,000) and while this certainly isn’t the average price of a vaping device, it’s still hard to find a quality model for under $40.

In addition to being cheaper than reusable devices, disposable vape pens also tend to be smaller. While most reusable devices aren’t especially large to begin with, their disposable counterparts can be barely bigger than a stick of lip balm. They’re simple to use, as well: many models offer metered doses, so every inhalation provides a consistent amount of vaporized cannabis oil.

Thanks to their low prices, buying a disposable vape pen doesn’t require much of a commitment. For people who aren’t sure if vaping is really for them, disposable pens offer a low-stakes way to give it a try. And as cannabis tourism in states where the plant is legalized continues to rise, many out-of-state visitors who are skittish about flying with cannabis may find them to be a cheap, easy way to enjoy the local perks during their trip. Others simply don’t have the money to afford a reusable pen and its cartridges, which can cost up to $60 a piece — if they want to vape cannabis to relieve their anxiety symptoms, for example, disposable pens are their only real option.

Disposable vapes may be affordable and convenient, but these cheap pens come with some serious flaws. For one thing, their heating elements are often poorly made, causing them to either overheat or underheat the cannabis oil inside. Overheating can release toxic chemicals into the user’s lungs, while underheating can lead to the inhalation of wax, which can accumulate in the lungs and cause serious health problems. This can also make even the highest-quality full spectrum CBD oil effectively useless, since underheated oils will not vaporize properly. The batteries of cheap pens are also cause for concern, as they can become corroded and explode without warning.

These risks can be reduced by buying better-quality devices (which will tend to be more expensive), but reducing the environmental impact of disposable vape pens could be a much tougher challenge, since recycling them is extremely difficult – any multi-material device with glass components will wind up in a landfill, as will any device with oil residue inside, which describes nearly all disposable vape pens. Hazardous waste facilities could theoretically make some use of certain components, but individual users are unlikely to make a dedicated trip there to deposit a handful of vape pens, and most cannabis dispensaries (a logical “drop off point”) are unable to accept them due to state regulations.

While there are some understandable — and legitimate — reasons why you might choose a disposable cannabis vape over a reusable one, it’s worth taking some time to think about your decision. The environmental impact of these devices puts a great amount of stress on our already-fragile planet. And if you’re concerned about the potential health ramifications of using them, talk with your medical professional.