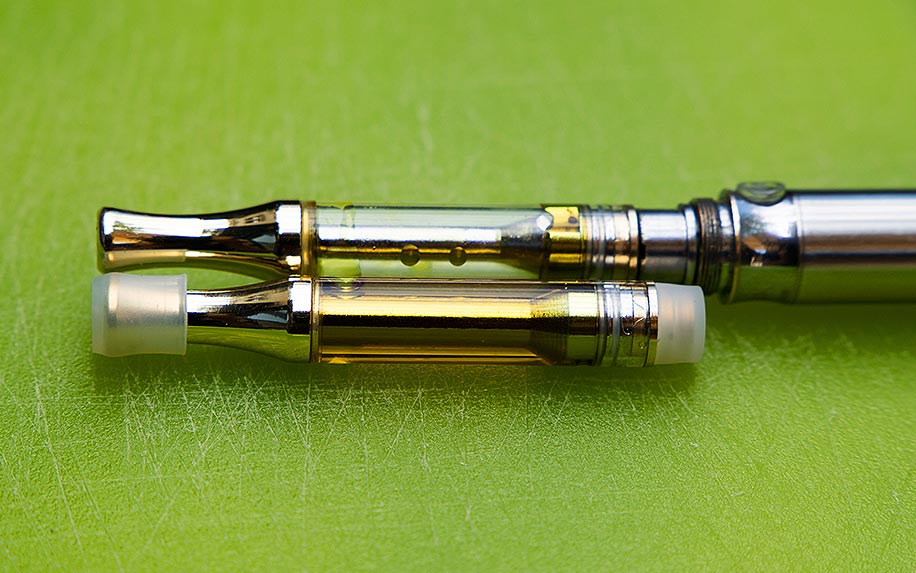 Around 164 million American adults struggle to get to sleep at least once a week, according to a 2016 survey from Consumer Reports, and nearly one third have turned to drugs like Ambien or supplements like melatonin to find relief. Increasingly, people are also wondering if CBD could be the key to better sleep — but some research suggests a different cannabis compound might have more to offer in this department: CBN. And unsurprisingly, brands are ready to capitalize on its snooze-inducing powers.

One of the first to pounce is CaniBrands, whose new Can-i-Sleep vape pen is the first of its kind to feature a CBN-dominant oil blend. Containing 500 mg of cannabis oil with a 12 percent CBN content, it’s being marketed specifically to insomniacs and other people dealing with sleep issues. As the company’s CEO told Yahoo Finance, “Our company is advocating for cannabinoid therapy to be the first choice, not the alternative, to resolving common ailments like sleeplessness and insomnia,” and vape pens — whose effects are nearly instantaneous — are a logical place to start.

Though research on CBN and sleep is still preliminary, a 1995 study published in the Chemical & Pharmaceutical Bulletin indicated that the cannabinoid not only improves the quality of sleep but may also prolong its length (though this should be taken with a grain of salt, as the study was conducted on mice rather than humans).

Researchers believe it does so by activating a response in the CB2 receptors, which are one of two main receptors in the body’s endocannabinoid system. While CB1 receptors (found primarily in the brain) help regulate energy, mood, and appetite, CB2 receptors (which are found throughout the immune system, skeletal system, and peripheral nervous system) have a stronger effect on pain. According to Dr. Jacyln Tolentino, a practitioner of clinical cannabinoid medicine, this “may account for [CBN’s] reported benefit as a sleep aid,” as she told Bustle.

The Age of Specialized Cannabis Vape Pens Is Upon Us

As cannabis consumers become more sophisticated and discerning, they’re also seeking out more specialized solutions for the conditions they’re trying to treat. Today, not only is there a cannabis chocolate for every mood, but metered cannabis dose pens for specific purposes are also becoming more prevalent — and the quest for better sleep is one of the biggest reasons people are choosing them.

Some of these products contain CBN (for example, the “Rest” vape pen from Sunday Goods proudly advertises its 10:5:1 ratio of THC to CBD to CBN) though none pack the potency of the new Can-i-Sleep pen. This is perhaps unsurprising — CBN is only present in trace amounts in most cannabis strains, since it’s only formed when THC degrades, and extracting it in significant quantities presents a technical challenge.

However, the cannabis industry has proven itself to be adept at overcoming such challenges (if growers can create a THC-free version of hemp, they can figure out how to grow strains with more CBN). Going forward, as people become more familiar with the potential benefits of previously-obscure cannabinoids, it’s likely that other cannabis compounds will soon be starring in their own speciality vape pens — and in fact, this process has already started.

A prime example is the compound THCV, which has shown early evidence of being an effective appetite suppressor. Since people seeking to eat less have many of the same requirements in a product as people seeking to sleep more (i.e. it should be easy to use and provide fast-acting relief), THCV vape pens make sense for the same reasons CBN pens do. Brands like California Cannabinoids have already released such products (their Doug’s Varin vape pen has between 25-30 percent THCV) and this trend is likely to only accelerate in the future.