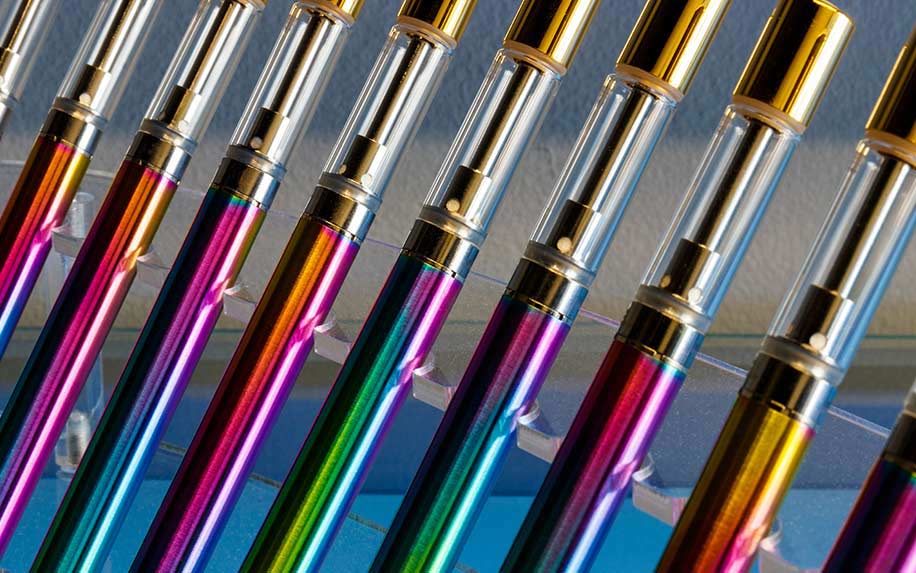 Vaping has always been controversial, but public concern about the trend has reached a crescendo as a wave of vape-related respiratory illnesses continues to sweep the nation. The number of hospitalizations has now reached 1,080, while the death toll has hit 23, according to the Centers for Disease Control and Prevention (CDC).

The ongoing crisis has cast doubt on whether vaping is really safer than smoking — especially when THC is involved. The CDC reports that over 75 percent of patients thus far have said they used THC vape products, the overwhelming majority of which were purchased from black market dealers. Although only one case has been linked with a dispensary-sold THC vape cartridge, authorities are taking a “better safe than sorry” approach by discouraging vaping in general: The CDC’s Principal Deputy Director Anne Schuchat has urged people to “[refrain] from the use of vaping products, particularly those containing THC,” as reported by POLITICO.

And while many Americans have taken this advice to heart (according to analytics firm New Frontier Data, vape sales around the country plunged 15 percent in early September), some are calling for even more drastic measures.

Are Bans on Vape Products Too Extreme?

In response to the wave of vape-related illnesses, some companies like Walmart have pulled all vaping products from their shelves voluntarily, citing worries over consumers’ health. The crisis has become so widespread that the U.S. federal government is now pondering a nationwide ban on flavored vape sales — one which Juul Labs, the nation’s most prominent maker of flavored vape products, said it would not dispute, according to NPR.

A number of state and local governments have already beaten them to the punch.

In Michigan, Montana, New York, Rhode Island, and Washington state, authorities have issued bans on all flavored vaping products, which are popular among young users. Similar bans have been proposed in a number of other jurisdictions, such as Los Angeles and San Diego Counties, where THC vape products have been legal up to this point.

Massachusetts, which legalized recreational cannabis in 2016, has taken steps further. The state recently issued an emergency four-month ban of all tobacco and cannabis vaping products. The move was decried as a “death sentence” for the state’s vape shops by attorney Craig Rourke, who is representing a number of shop owners now suing the state, as reported by ABC News.

Rourke isn’t the only one who sees the new bans as an overreaction — and a highly counterproductive one, at that. Because counterfeit THC vape products (or more specifically, the pesticides, solvents, and other harmful chemicals they contain) are responsible for the vast majority of illnesses, ridding the market of legal products that have been tested and certified as safe is unlikely to address the root causes of the epidemic, according to many experts. As Prof. Leo Beletsky of Northeastern University told the Los Angeles Times, “Inadvertently, you’re actually pushing people toward the very same products that are causing the outbreak. The bans seem really poorly configured to address the problem at hand.”

Some Argue THC Vape Products Should Be Legalized and Regulated Instead

In the eyes of many opponents of the bans, governments who enforce (or plan to enforce) these bans have failed to learn the lesson of Prohibition and the War on Drugs — making a substance illegal doesn’t mean people will use it less, it just means they’ll find “alternative” ways to acquire it. In fact, few things could be better for the business of black market dealers than banning previously legal cannabis products.

“Banning things — have we not learned that doesn’t curb use?” Jeffrey Raber, founder of a Los Angeles cannabis testing lab, told the Huffington Post.

Instead, Raber and others like him argue that the best way to protect public health against the dangers of homemade THC vape products is to regulate them more thoroughly — and preferably, to legalize cannabis nationwide. As long as the black market remains attractive (whether that’s due to cheaper prices, a wider selection, or the lack of legal options altogether), counterfeit cannabis products will continue to be a major problem.

How Legalization and Regulation Could Make Vaping THC Safer

To understand the appeal — and the limitations — of opting for regulation over outright bans on THC vape products, it’s helpful to look at the example of California.

In 2018, the state passed the country’s most rigorous testing requirements for legal cannabis — every cannabis product currently sold in a licensed dispensary in the state must be tested for 66 types of pesticides, heavy metals, and microbial pathogens, as well as potency.

“Our fail rate was much higher when no one was required to do it the right way,” Frazier told the Huffington Post. “Without regulation, people aren’t going to do what’s right. This has been true in almost all industries.”

Some testing labs are better than others — i.e. they have more accurate equipment and more knowledgeable staff — but in any case, they offer a more rigorous screening process for dangerous products than the black market.

Legal cannabis vape cartridges are typically made with thinners such as propylene glycol. There’s considerable debate over how safe this is — for example, a 2017 study in the Global Journal of Pharmacy and Pharmaceutical Science found that “[propylene glcol] does not appear to represent a significant hazard via the inhalation route.” That same year, a paper in the journal Physiological Reports found that it had “unsuspected effects on gene expression of the molecular clock.” However, since both studies were conducted on mice, the studies’ authors acknowledged it was too soon to draw conclusions on how propylene glycol affects humans.

Black market vape cartridges, on the other hand, often use vitamin E acetate as a thinner — which has been known to cause health problems when vaped. According to the New York Department of Health, the vast majority of THC vape products it examined contained “extremely high levels of vitamin E acetate,” according to NBC News.

Most legal producers of THC vaping products use terpenes, which are the natural oils present in cannabis that give the plant its flavor and smell. But while some of these compounds have recently attracted attention for their potential medical benefits, like anxiety-relieving limonene or cancer-fighting linalool, the effects of vaping them are unknown so far.

“These are still organic solvents,” Palaia said. “We don’t know what’s happening to them when they pass through high-temperature coils and end up in users’ lungs.”

There’s also the fact that even stringent lab tests like those conducted in California sometimes have blind spots — for example, the state’s tests don’t screen for the presence of vitamin E acetate. They can also be gamed in unusual ways: Amazon still sells stickers through its website that read “California compliant,” which could be used by illicit vape product manufacturers to give the appearance of lab testing.

A more fundamental problem, however, is the fact that black market THC vape products are simply more affordable than the ones sold in expensive dispensaries. Legal THC vape cartridges typically sell for $45-$60, while counterfeit options can cost less than half that price.

As a result, even with legal cannabis and better regulatory standards than elsewhere in the U.S., California still hasn’t managed to escape the effects of the epidemic. The state has so far been the site of a suspected 90 vaping-related hospitalizations and two deaths, according to state officials.

Federal legalization of cannabis — and the tighter regulations it would likely entail — may not be a silver bullet for ending the vape crisis, but it certainly appears to be the most effective option at the moment.