Can I Buy THC Oil for Vape Pens in Europe? 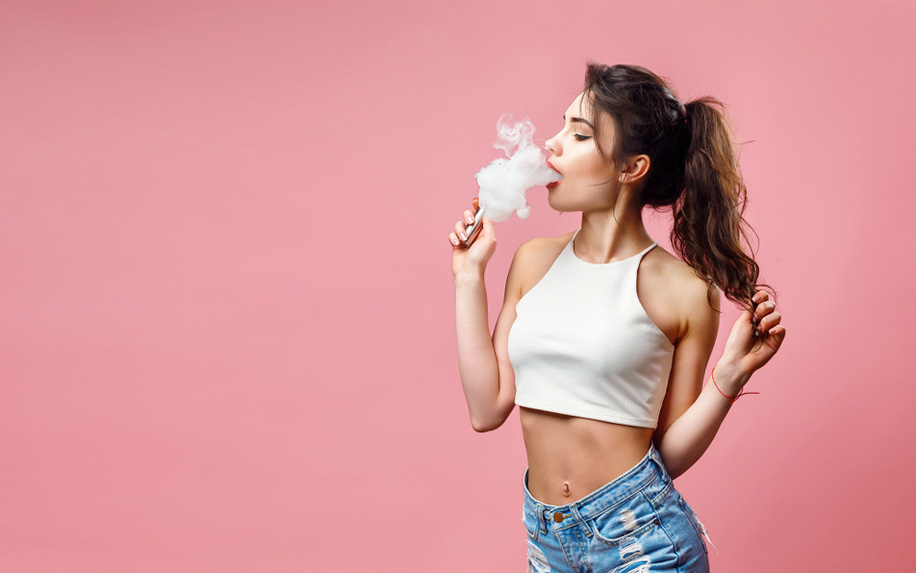 Vaping may be considered a bit of a hipster thing to do. For some it’s a step on the path to quitting smoking, for others, it’s an entirely unique habit unto its own. Then there are the youtube channels and the vape tricks.

However, consider vaping at its most basic. A liquid is atomized through the use heat, producing a vapor which is then inhaled. The lungs provide a massive surface area that’s very well connected to the blood supply. The vapor, when it enters the lungs, immediately begins to be absorbed across into the blood, where it can then travel around the body.

Compare it to eating medicine now. After you eat a meal, through the digestion system it takes about 2 hours for the nutrients to begin to enter the blood. For a rapid response for medication, it’s understandable why vaporization is prefered.

Vapes become an alternative for cigarettes, having different flavors of juices to choose from but also with different styles. Vape pens are cheap, small, refillable, battery-operated, easy to use and easy to carry, unlike the bigger versions. Although well known there still some flaws with using vapes, since they are battery-operated there’s always risk if the build quality is too low. Dropping them can cause the vape juice container to break, connection problems, along with other possibilities, it’s worth looking after them as you would a smartphone so they don’t end up a hazard.

THC or tetrahydrocannabinol is the psychoactive compound of a marijuana plant. Although psychoactive it still has an anti-inflammatory properties that can fight different types of inflammation. Recently, cannabis popularity has skyrocketed with the discovery of its medical benefits to those with cancer, epilepsy and chronic pain. It has also been investigated in a number of other uses such as as an antiemetic for those undergoing chemotherapy. Most of the research has been positive for THC, so as proper clinical trials begin, it’s likely the regulations and how our cultures look upon cannabis, will change.

THC gives the feeling of being high due to its connection with the CB1 receptor of our endocannabinoid system releasing dopamine. Dopamine creates the sense of euphoria and relaxation. By using THC oil as a substitute for vape juices, vape users get the benefits of THC through vaping. Whether it be for recreational or medicinal purposes, it’s likely safer than smoking marijuana when it comes to long-term health.

Although tetrahydrocannabinol has a potential for inflammation there still some downside making it illegal in some states. THC can cause mental changes as well as physical changes to a user, resulting in it to be considered as a Class B drug. Debates are still on-going in some part of Europe, there are some cases where the patient, especially with epilepsy, needed cannabis for treatment. Some countries allow you to get THC oil, and even within Europe, there are some countries in which you can obtain that THC oil you wanted for your vape.

As a side note, it’s important to define what we mean by “synthetic cannabinoids”. On the market (whether it be illegal or not) it’s possible to buy plant matter that has been sprayed in what the seller may call synthetic cannabinoids. These synthetic weed variants have been connected to health problems and even deaths.

When we say synthetic cannabinoids, we are not referring to those compounds. We are instead talking about laboratory produced molecules that are identical to those found naturally in the cannabis plant. These are the cannabinoids upon which many research papers are produced to outline the medical benefits and safety of their use.

In Austria, it is legal to purchase cannabis seed and seedlings without the intent of producing high THC potency. A cannabis product that contains more than 0.3% of THC is considered illegal. However, Austria allows the sale of synthetic cannabis pharmaceuticals.

Germany allows the use of cannabis for medical purposes only for patients with severe medical conditions. Also allowing those with severe chronic pain to cultivate their own cannabis plant.

France does not allow cultivating, selling, owning or even using cannabis for medical purposes. However, you can possibly receive authorization from the French Security Agency for Health Products to use other synthetic cannabis products for treating different diseases such as pain, nausea, Tourette syndrome and inflammation in your nervous system.

Italy is one of the states in Europe that freely allows patients to use cannabis as an alternative medical treatment, just by obtaining a prescription from a primary care physicians. Italy also does not hinder the distribution of medical marijuana but also cultivates and manufactures cannabis product directly in Italy.

Not being an EU member, Switzerland allows CBD buds or products containing up to 1% of THC content. However, being not an EU member the sales of cannabis products is limited only within Switzerland.

United Kingdom considers marijuana as a Class B drug, making it illegal to obtain, use or even cultivate. They only allow synthetic cannabis products for those who have severe conditions like chronic pain and inflammation.

Convincing is a hard thing to do but with sufficient evidence and research it is only a few steps away before the world recognizes the benefits that they can get from using cannabis. Knowing if your state allows the use of marijuana may save you from the troubles of getting persecuted due to illegally possessing a cannabis plant. So before enjoying your vape with THC oil, you should learn first the laws and regulations in your country.

This information was valid when published and regulations that have changed may not be reflected in this article.