Why People Are Using Nebulizers For CBD Oil 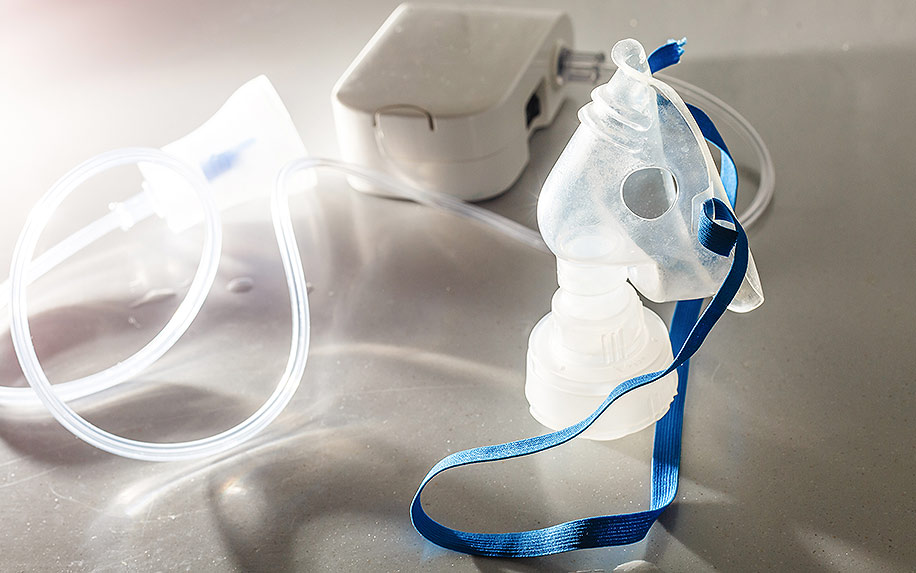 A CBD nebulizer won’t irritate the throat or lungs. Image Credit: By Andrew Angelov on shutterstock.

In the unending search for lower impact and less paraphernalia-esque methods of CBD oil administration, a few medical marijuana entrepreneurs have turned over an interesting stone — the pulmonary delivery method known as the nebulizer, previously used exclusively for respiratory illnesses such as asthma, chronic obstructive pulmonary disease (COPD), and cystic fibrosis.

Instead of heating CBD oil to its activation point as with vaping or smoking, a nebulizer sends a mist of aerosolized CBD into the user’s mouth, providing a way to inhale the substance without irritating the throat and lung tissue. The first CBD nebulizers to market are jet nebulizers, which send compressed air through a specially formulated CBD water emulsion, turning it into micro particles that can be inhaled into the lungs.

Can you put CBD oil in a nebulizer though? As cannabis and its extracts are hydrophobic — meaning they don’t like water — this is only possible with some tweaking, which has been the main obstacle in the way of CBD nebulizers until now. And overcoming this roadblock is the main innovation claimed by three innovators now on the scene.

“There’s a whole industry now looking at water solubilization technology,” as Yaron Eshel, the Director of Life Sciences at iCAN:Israel-Cannabis, told The Growth Op. “How do I get this oil and make it into very small molecules so that the body can absorb it? It’s called nanoencapsulation. It’s very standardized in the drug industry, very standardized in the food industry.”

Eshel’s company is one of the first to market cannabis and CBD nebulizers. In collaboration with a technology company called CannRx, they’ve developed two FDA-approved nebulizers, one for medical applications and the other for recreational use. As is the case with another early pioneer — Canna+Neb, whose medically-rated nebulizer starts at $1,999.99 — higher-end CBD nebulizers target conditions which require a consistent flow of CBD, such as insomnia, administered through a mask connected to the device. Recreational-use devices like that produced by fellow trailblazer Pearl2o are less expensive and can be administered via mouthpiece.

The Pros and Cons of CBD Nebulizers

Advocates of CBD nebulizers say they’re healthier than other methods of using CBD, such as smoking or vaping. It’s safe to say that nebulizers are healthier than smoking, but a lot of the evidence against vaping is either tenuous or the product of a poor regulatory environment. If nebulizer emulsions can avoid the contamination and inconsistency that have raised concerns about many low-priced vape pens and CBD vape oils (at the moment, there’s not enough available research to say whether they do or not), then they would have a clear advantage over vaping from a health standpoint as well.

This benefit is magnified for those who seek to use CBD oil for its bronchodilatory effects. Studies have shown that in some cases CBD is as or more effective than common asthma and COPD medications albuterol and ipratropium in opening the airways and increasing airflow to the lungs — the research goes back to 1973, when a study in the New England Journal of Medicine found that “marihuana smoke, unlike cigarette smoke, causes broncho-dilation rather than broncho-constriction.” But while smoked or vaped CBD can cause irritation in the esophagus or lungs for some people, nebulizers can deliver the necessary medicine without causing discomfort of any kind.

In fact, one of the most interesting advantages that nebulizers provide is an ability to deliver CBD without heating or combustion. A Johns Hopkins study found that the metal coils used to heat vape tinctures likely leech significant amounts of heavy metals like nickel and chromium into the vapors that users inhale, an outcome that most would probably prefer to avoid.

Another advantage that is clearly established is the higher and faster bioavailability of CBD emulsions compared with other forms of delivery. This is attributed to both the fact that no CBD is “wasted” upon exhalation, and the strong concentrations of the emulsion itself.

A subjective plus is the lack of taste and odor in nebulized CBD, and many people appreciate the absence of secondhand smoke or vapor.

There are few drawbacks to CBD nebulizers, but the ones that do exist might be enough to keep them from becoming mainstream. One is the cost, which likely factors into the niche distribution that currently constrains the devices. Even cheap models are hard to find for under $100, while mid-range devices can cost around $500.

To complicate matters, many of these devices only work with special formulations, and a fragmented marketplace of proprietary blends is likely to hinder the widespread adoption of CBD nebulizers. Since CBD is hydrophobic, making one’s own emulsions at home requires a level of chemistry expertise that most people don’t have, which takes the DIY option off the table as well.

Finally, there’s the convenience factor: although some CBD nebulizers are relatively portable, they’re still not exactly svelte, while others are bulkier and hard to use outside of the home. Administering them also requires much more time than taking a CBD capsule or a few puffs of a vape pen.

In a world increasingly focused on price and efficiency, these factors might continue to restrict CBD nebulizers to a dedicated (if highly satisfied) segment of users.