Why Are Soldiers Still Forbidden to Use CBD? 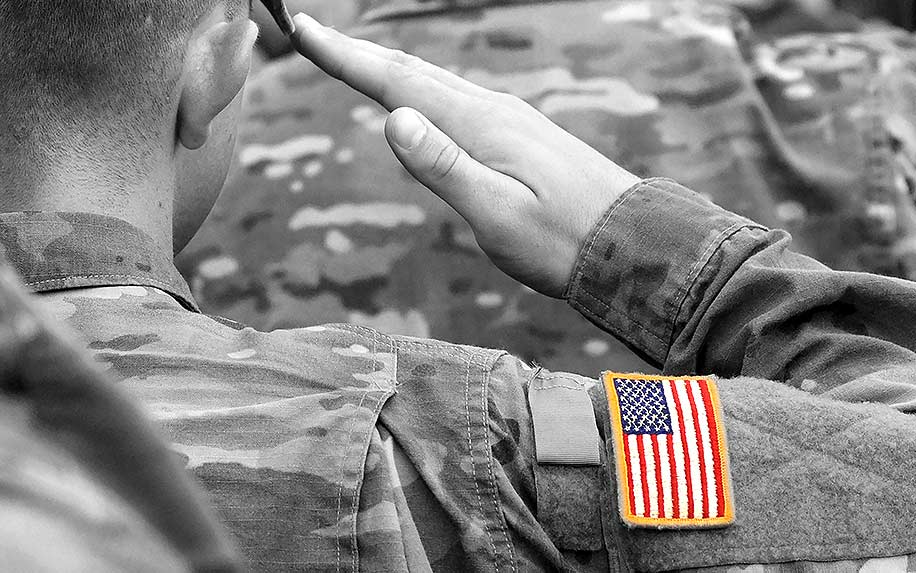 For one group of American citizens, however, it is still illegal to possess and use CBD despite its national legalization: The troops.Image Credit: By Bumble Dee on shutterstock.

In late 2018, the Farm Bill made it legal for hemp and its derivative products to be produced and sold across the United States. As a result, cannabidiol (CBD) — a non-intoxicating compound renowned for its ability to relieve anxiety, pain, and other symptoms — has become an increasingly popular alternative to prescription medications for many Americans, from Baby Boomers with creaky joints to children with autism.

For one group of American citizens, however, it is still illegal to possess and use CBD despite its national legalization: The troops. Under Army Regulation 600-85, better known as The Army Substance Abuse Program, military personnel are prohibited from using all cannabis-derived products (whether they come from hemp or marijuana).

According to this regulation, soldiers are not only prohibited from using real and/or synthetic cannabis, but also “Hemp or products containing Hemp oil.” A single infraction can cause a soldier to be “processed for separation” (i.e. discharged with a permanent stain on their record), though soldiers who “show clear potential for both excellent future service to the Army and for remaining free from substance abuse” may receive a second chance depending on the whims of their commanders.

The tight restrictions on CBD use for military personnel stand in stark contrast to the increasingly permissive rules that apply to other American citizens — including children. For example, in July 2019 Kansas lawmakers passed a bill called “Claire and Lola’s Law” which allowed parents to give CBD oil with higher amounts of THC (up to 5 percent, a substantial increase over the 0.3 percent allowed under federal law) to their children suffering from debilitating conditions, without fear of reprisal from child protection agencies.

As Republican state representative Susan Humphries told the Topeka Capital-Journal, “This is a substance that you really can’t abuse in the way we’re thinking in that if you drink the CBD oil you’re going to be so sick.”

However, Army officials still seem to believe otherwise — but their justifications have raised more than a few eyebrows.

CBD Is Legal for Most Americans, Except the Troops

In April 2018, the Army Public Health Center issued a “Public Health Alert” that warned “users of e-cigarettes and/or vaporizer pens must ensure the products they purchase do not contain Cannabidiol (CBD) oil, CBD, tetrahydrocannabinol (THC), or synthetic cannabinoids.” According to the alert, Army medical centers had recently admitted around 60 users with symptoms like dizziness, vomiting and nausea, confusion, and seizures. While the alert conceded that “pure CBD has not yet been associated with any adverse health effects,” it warned that the presence of other substances could make CBD products unsafe.

It’s not an entirely unreasonable point — synthetic cannabinoids are indeed dangerous (at least some varieties of them), and it’s well-known that many CBD vape oils contain heavy metals and other toxic ingredients. These are the consequences of an unregulated CBD market, but in recent months the Food and Drug Administration (FDA) has begun to take a tougher stance on CBD companies that push products of dubious quality, and a growing number of companies are beginning to provide detailed testing reports from independent third-party laboratories. Considering that the U.S. military’s 2019 budget exceeded $693 billion, it doesn’t seem unreasonable to suggest that a committee or task force could be created to evaluate CBD products and create a list of approved products for soldiers to use.

And given the recent research that is emerging about CBD, there’s an argument to be made that soldiers might be one of the groups who could benefit most from the cannabinoid’s therapeutic potential. An obvious application would be for the treatment of post-traumatic stress disorder (PTSD), which the Department of Veterans’ Affairs (VA) estimates affects up to 20 percent of soldiers who’ve served in the U.S.’s recent “military actions.” In April 2019, the Journal of Alternative and Complementary Medicine published the results of a human study that examined the effects of CBD in adults with PTSD. A significant reduction in symptoms was observed over the course of eight weeks.

Anxiety is a related problem that also impacts a huge number of military personnel — according to the VA, rates of anxiety among soldiers skyrocketed 327 percent between 2000-2012. Again, studies have shown CBD could be effective in this regard. A 2019 human study published in the Permanente Journal found that nearly 80 percent of the study’s 72 adult participants reported decreased anxiety after using CBD, with these effects remaining consistent for three months. More than ⅔ also reported improved sleep patterns, though this fluctuated throughout the course of the study.