What’s a Cannabinoid? Key CBD Terms Every Consumer Should Know 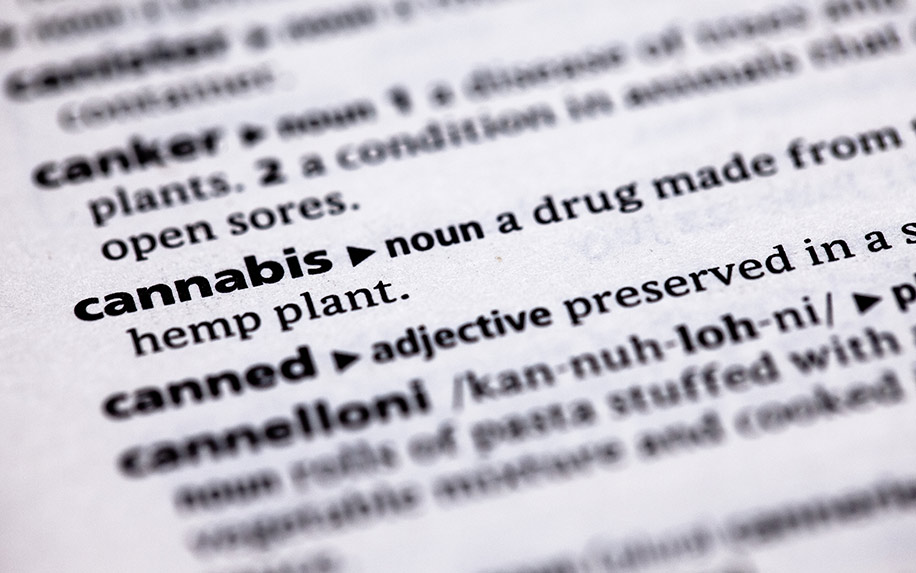 Aside from helping you make smarter purchases, knowing the basics of CBD terminology can also help you use certain products correctly. Image Credit: By Contimis Works on shutterstock.

New to the world of all things CBD? This is the guide for you. A lot of the lingo being used in the cannabis space is confusing — between the dense scientific verbiage and the (sometimes intentional) misuse of key terms, it’s enough to make anyone’s head spin.

The good news is that you don’t need to be an expert on cannabis or CBD to make informed choices. At the same time, it does help to have a basic working knowledge of the most important concepts. This can help you avoid common mistakes like shelling out big bucks for “CBD beauty products” that are made with hemp seed oil — which doesn’t actually contain any CBD.

Aside from helping you make smarter purchases, knowing the basics of CBD terminology can also help you use certain products correctly (for example, never try to vape a tincture) and understand how (and why) the same product can affect you differently based on key criteria.

Since the CBD industry is still largely unregulated — though the Food and Drug Administration (FDA) says that regulations will be coming soon, a claim it’s been making for some time —it’s up to you to do your homework. And while there’s no shortage of interesting and informative books on CBD, sometimes the most helpful tool at your disposal is a short, easy-to-scan glossary that gives a concise explanation in plain English.

With that in mind, here are some of the most important CBD terms you should know.

Bioaccumulators are organisms that absorb substances much faster than they excrete them. One of the most notable is hemp, from which the majority of CBD is derived. And while this can be a good thing — it’s one of the reasons hemp grows so fast — it can also have negative effects if the plants are grown in contaminated soil or doused with pesticides. Considering that China grows most of the world’s hemp (and isn’t especially well-known for its environmental standards), it’s best to do some digging for CBD products that are made in the U.S.A. and adhere to rigorous farming standards.

Bioavailability refers to how absorbable a substance is when it enters the body — i.e. how much of it your body can actually use. Some CBD products (especially beverages) have very low bioavailability, since the CBD molecules are too large to enter the bloodstream. This is because CBD needs to be delivered with a “carrier” such as coconut oil to dissolve the molecules and make them more bioavailable.

Biphasic substances produce opposite effects at different dosages. Many cannabinoids, such as CBD, are biphasic. What does this mean in practice? It’s actually simpler than it sounds: For example, low doses of CBD tend to make many people feel more alert, energetic, and focuses. At higher doses, however, it can make you feel more relaxed and even sleepy.

There are three main types of CBD oil, of which broad spectrum oils are perhaps the least-well understood by most consumers. Luckily, the concept is relatively simple. Broad spectrum oils are simply those that don’t contain THC but do contain a number of other (non-intoxicating) compounds found in the cannabis plant. You’ll find more information on the other types of CBD oils as you continue reading.

Cannabinoids are the most common compounds found in the cannabis plant. Scientists still disagree on their exact number, but most estimates suggest there are at least 110 cannabinoids, and more are still being discovered. The most prevalent (and popular) are THC and CBD, but others such as CBN have begun to attract attention for their unique abilities.

This is the umbrella term used to describe members of the Cannabis sativa plant genus, which includes both hemp and marijuana. The term “cannabis” is now being widely used as a synonym for the latter — some suggest this is an effort to destigmatize the plant, while others see it as an opportunity for unscrupulous brands to pass off hemp-derived products as something more edgy and exotic.

A certificate of analysis (COA) is a document provided by a testing laboratory that gives key information on a CBD’s products contents — including its levels of cannabinoids and contaminants like pesticides or heavy metals. Most reputable brands now provide COAs directly on their websites, and if you don’t see one, you should probably keep looking.

The term “edible” refers to any CBD product that can be ingested. There are now a huge variety of CBD edibles on the market, ranging from protein bars to “wellness drinks,” along with the typical gummies, brownies, and candies.

By definition, hemp plants are those that contain less than 0.3 percent THC. As a result, they’re not capable of inducing the intoxicating effects associated with marijuana. The cultivation, processing, and sale of hemp-derived products was legalized at the national level by the 2018 Farm Bill, though several states still have tight restrictions on the plant.

Flavonoids are secondary compounds found in the cannabis plant. Scientists believe there are around 23 of them in total, ranging from (relatively) common ones like cannaflavins A + B to rarer ones like luteolin. Many flavonoids are known to have antioxidant, anti-inflammatory, anti-tumor, or other therapeutic properties.

Another of the three types of CBD oil, full spectrum varieties are the only ones to contain THC. Although this is only in trace amounts — less than 0.3 percent — scientists believe the presence of THC unlocks the medicinal properties of cannabis’ other compounds, making full spectrum oils the most effective type of CBD.

The third and final type of CBD oil is known as “pure” or isolate. As the name suggests, these oils contain no other compounds beside CBD. While they can be a solid option for those who want to avoid THC at all costs, most scientists believe that CBD isolates are less effective than other varieties due to the lack of complementary compounds.

These terms are commonly confused when it comes to CBD. While it’s often called non-psychoactive, this isn’t strictly true — since it changes the functioning of your brain (i.e. helping you sleep or relieving anxiety) CBD is psychoactive in the same sense as coffee or chocolate. It’s more accurate to say that CBD is non-intoxicating, since it doesn’t impair cognitive or motor skills (like alcohol or cannabis itself).

This is a fancy term for “under the tongue.” Sublingual products are absorbed through this soft, porous tissue before making their way into the bloodstream. Many CBD tinctures are designed to be taken this way, and other products — like sublingual strips — are also hitting the market. They’re an attractive option because of their high bioavailability and (relatively) quick onset time, especially compared with edibles.

Terpenes are responsible for the smell of cannabis, and the variety of colors and flavors between different strains. The cannabis plant contains hundreds of terpenes such as limonene (which smells of lemons) and linalool (which evokes notes of lavender). Terpenes are found in many other plants aside from cannabis, and some scientists believe they have significant therapeutic properties of their own.

Tinctures aren’t unique to CBD or cannabis — they can be created from any plant or herb by soaking the raw material in alcohol, which draws out its therapeutic compounds. Most CBD tinctures are designed to be taken sublingually, though droppers full of the liquid can also be added to food or beverages. However, under no circumstances should you try to vape a tincture.

As the name suggests, these products are designed to be inhaled using a vape pen or similar device. Vape oils are typically more concentrated than raw plant material, giving them stronger effects. Combined with their rapid onset time, this makes vape oils a good option for those who need fast relief — but remember to use them with caution, especially if you’re a beginner.